Cheap destinations around the world you need to visit 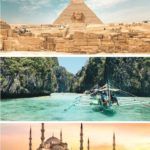 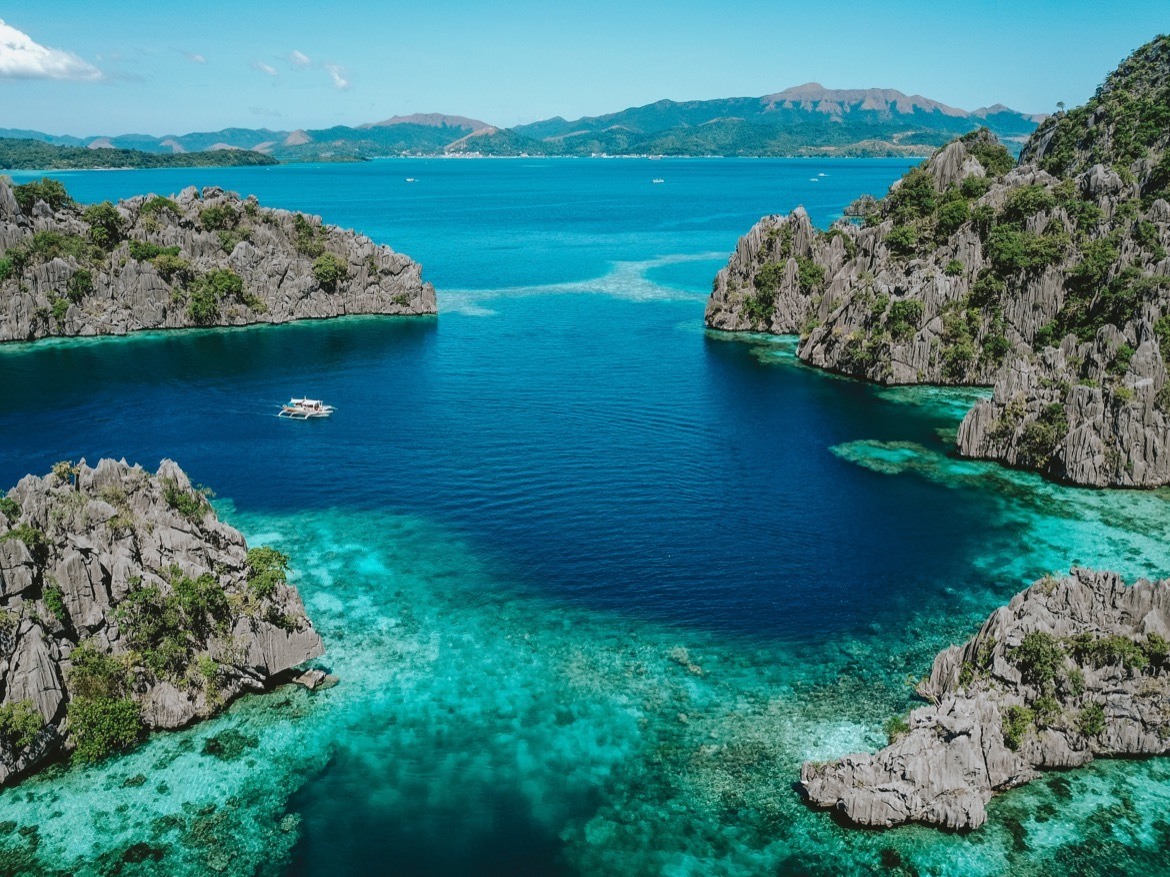 Whether it’s the promise of endless whitesand beaches, fabulous food, adrenaline-fueled adventures or a culture kick, many of us book trips based on what we hope to find in the actual destination. But those with a bit more flexibility and a sense of wanderlust use a different method to plan their world travels: wherever the cheapest plane ticket takes them.

These days the world is literally at our fingertips, thanks to sites like JustFly that take all the hard work out of deal hunting by scouring the web to track down the best deals from more than 400 airlines. Of course, even a $1 flight will still cost you dearly if it touches down in, say, Switzerland where the prices of everything from hotel rooms to hot chocolate are extremely expensive. With that in mind, here are cheap destinations around the world worth hitting the ‘buy’ button for the next time a flight deal lands in your inbox.

Travelling Africa on a budget might not be easy, but it’s certainly possible if you swap out things like a luxury safari for overland camping, or navigating bumpy roads by vehicle instead of flying across a country. Operators in some of the most beautiful places in Africa like Tanzania and South Africa sometimes offer budget Africa tours, and booking a package deal versus trying to piece together all the logistics yourself can be a good way to save a few bucks.

Note: All estimated prices have been converted to USD

Agadir is Morocco’s top beach destination, and also holds many cultural and historical sights including Vallee de Oiseaux, a small bird park which is free to enter. As far as food goes, you can get a basic, local meal for as little as $5 at a delicious restaurant like Chiche Kabab, or a three-course meal for about $15 USD. A one-way ticket for the local bus is only 40 cents, which you might not even need since the central area of Agadir is wonderfully walkable. The best time to visit Agadir is September, when the weather is usually still pleasant but the high tourist season is over. During that time, Tamraght Surf Hostel’s private rooms for only cost $21 per night for two people, while a single dorm bed will set you back $7. For a bit more of a splurge, try Studiotel Afoud which has rates starting at $37 a night.

Visiting the Great Pyramids is a must-do, and while a tour costs about $40 that’s usually the most expensive activity of the trip. For example, there’s plenty of action to soak in by simply wandering around the streets of Cairo, or you could save the steps and pay just 30 cents for a public transportation ticket. Food stands serve up fabulous cheap eats like falafels and hummus, and hostel prices are usually about $7-11 per night while a three-star property goes for $35. 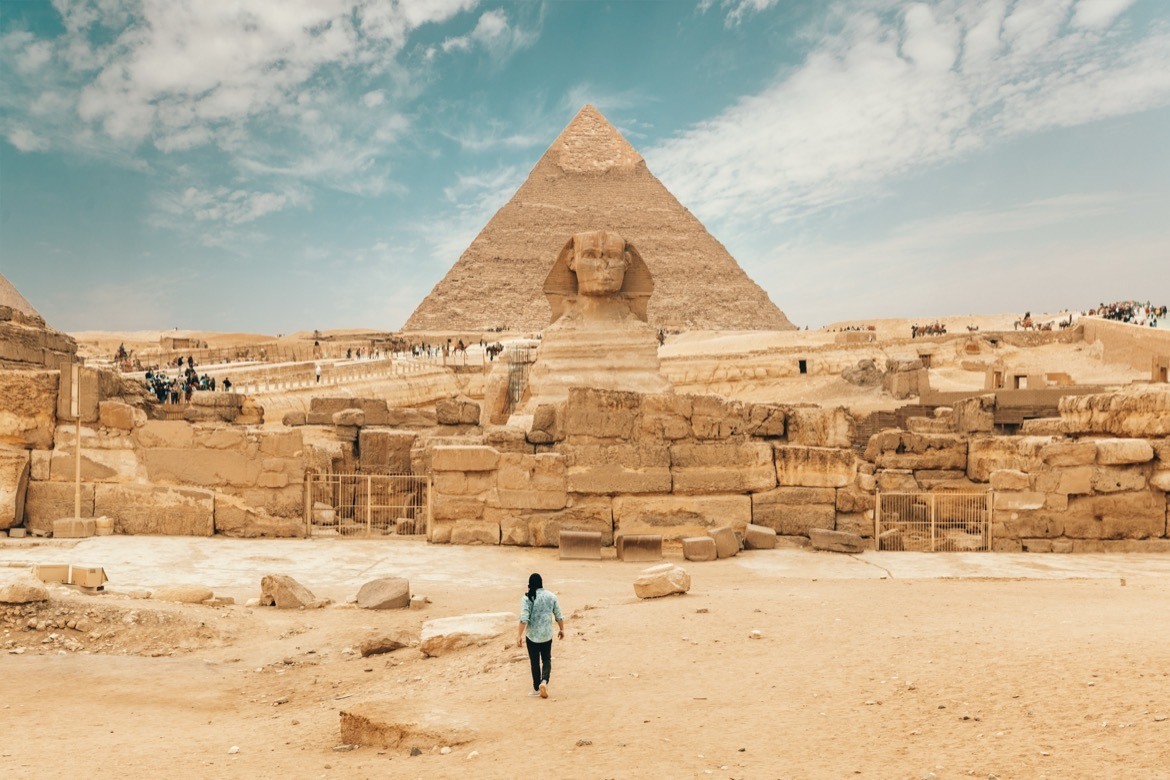 Zanzibar is one of the world’s most beautiful islands, found off the coast of Tanzania. It’s beloved for the dazzling blonde beaches which everyone is free to enjoy, making this one of the most budget-friendly places in Africa to visit for a beach holiday. The food in Zanzibar City is also incredibly cheap, and a one-way ticket for public transportation is so inexpensive it might as well be free. During the low season of March to May, rooms in a four-star hotel near the beach can be booked for just $55 per night, or try a private bungalow at Maars Resort Chwaka which costs around $40.

Asia has long been known as the ultimate budget travel destination, and particularly popular with backpackers who are lured by the promise of inexpensive transportation, lodging and food. There’s a fun community atmosphere in the hostels, and incredible places to visit like ornate temples, idyllic islands, lush jungles and ancient ruins. Here are a few of the best cheap holiday destinations in Asia.

Palawan is known to be among the most beautiful places in the world, and it’s worth a spot on your bucket list for the beaches alone. Exploring the island is easy, with cheap kayak rentals or island-hopping trips that cost around $25. An entire meal will only set you back about $3, and even in the high season of November through May its possible to snag a hostel bed for $5 or a night at the Grande Vista Hotel for $20.

While most tourists hightail it to Agra to see the Taj Mahal (which you totally should do, because hello wonder of the world!) it’s worth making the trip over to Jaipur. The so-called Pink City has incredibly beautiful sites right out in the open that are free to see, like the intricate Hawa Mahal, or Jal Mahal (the Water Palace) which is built right over a lake. Public transportation is just 20 cents per ticket, and you can score a room at a highly-ranked three-star hotel like Hotel Kalyan for as little as $14 per night. 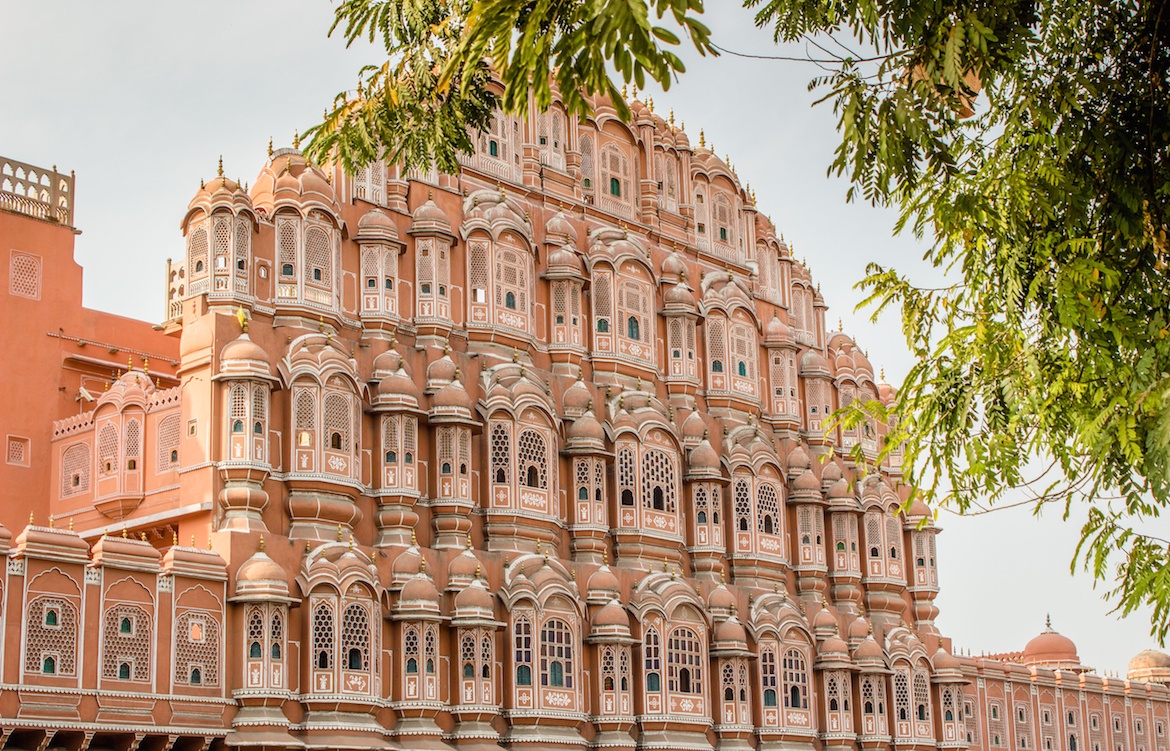 Bali is one of the most popular cheap places to travel in Asia, and chances are you’ll start your journey there with a quick stop in Jakarta, the Indonesian capital. The top sights in Java include the picturesque Borobudur Temple and the otherworldly, volcanic Mount Ijen. Traveling on local public transportation is cheap, and accommodation prices start as low as $5 per night (try places like Sleepy Raccoon Hostel in west Jakarta, or Baileys Apartment in Tangerang).

Though Angkor Wat is Siem Reap’s most famous – and not as affordable – spot, you’ll be happy to know that Siem Reap has plenty of other activities that won’t break the bank, like hiking or exploring the floating villages. There’s no excuse not to be relaxed here, with massages and other beauty treatments are typically less than $10 USD. 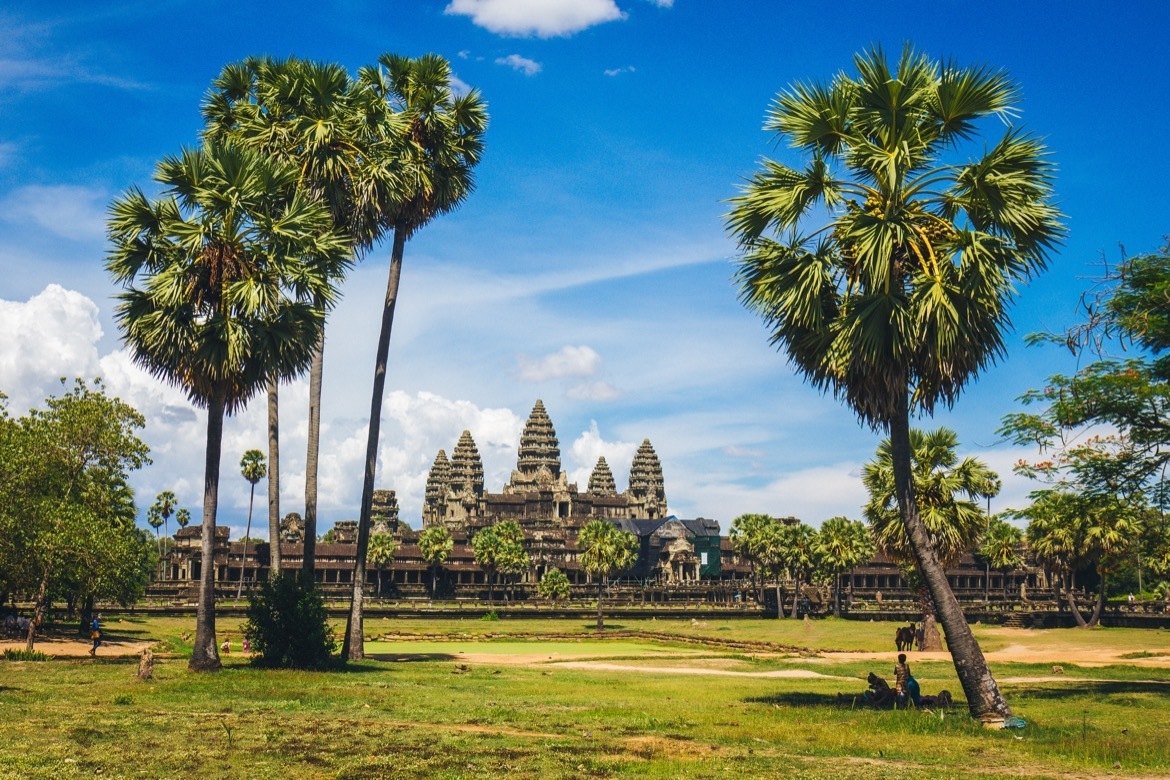 While western Europe is one of the priciest places on the planet (we’re looking at you, London, Stockholm and Zurich), it’s a different story once you head across the continent to eastern Europe. The scenery is just as stunning, it’s easy to explore a handful of countries at a time thanks to their compact size (yay Balkans!), and with the exception of Dubrovnik most cities are much less crowded than their western counterparts.

Quickly becoming Europe’s next ‘it’ destination now that it has rebuilt from the war, this Bosnian city has everything you could ask for. The famous Stari Most Bridge is an absolute stunner, the charming old town has a fantastic bazaar with great views, and the price of food is ridiculous: think $11 for a full, sit-down meal overlooking the water, including two alcoholic drinks. There are also great accommodation options, like huge, modern, two-bedroom apartments for just $50 per night. 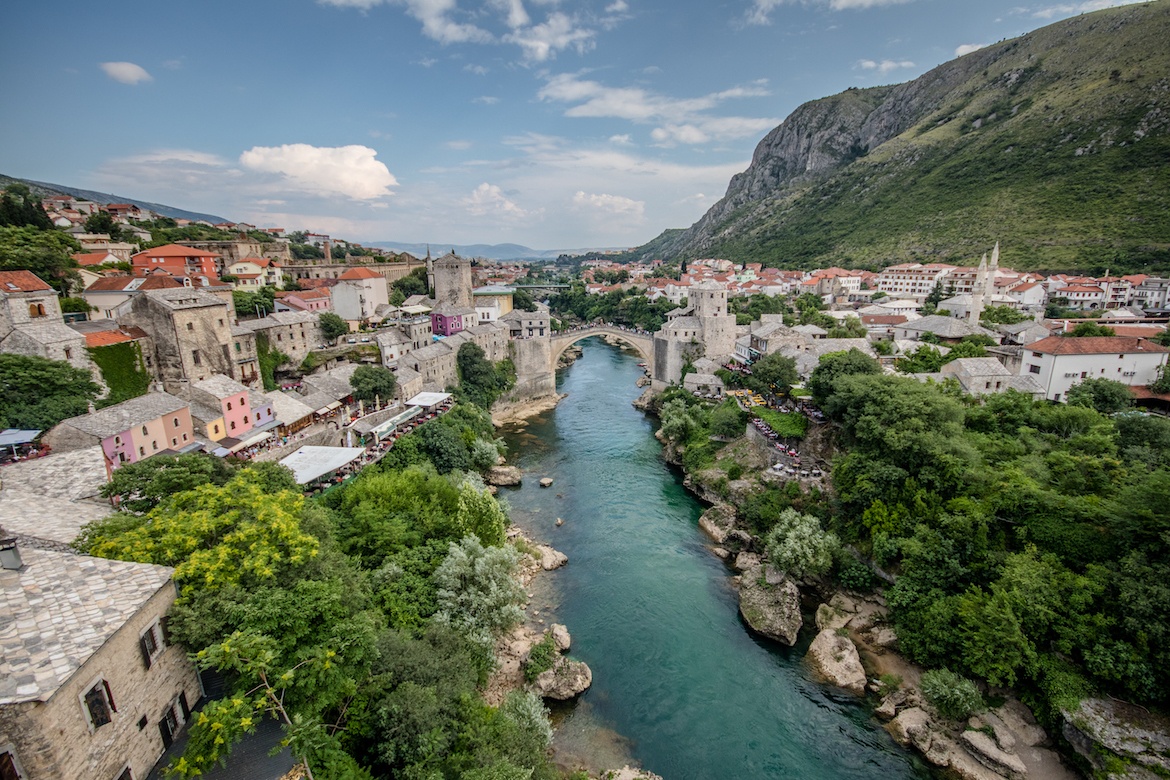 Tbilisi is a beautiful, charming city that’s somehow managed to stay off the radar of most travellers, much to the delight of those who make the effort to get to this spot in the Caucasus. Check out the old town area, relax at the sulphur baths, then drop in to a vineyard to sample some of Georgia’s famous wines. A meal at a restaurant averages $5, while a bed in a place like the adorable FeelHarmony Hostel is just $12 per night.

Another city straddling Asia and Europe, the Turkish capital leaves quite an impression on those lucky enough to visit. It’s a perfect example of east meets west, where high-end hotels and luxury cars blend perfectly with magnificent mosques and bustling bazaars. A meal at a local eatery costs about $5 USD…and chances are you’ll score a free cup of apple tea from one of the friendly shopkeepers in the markets who will insist you join them for a cup and conversation! 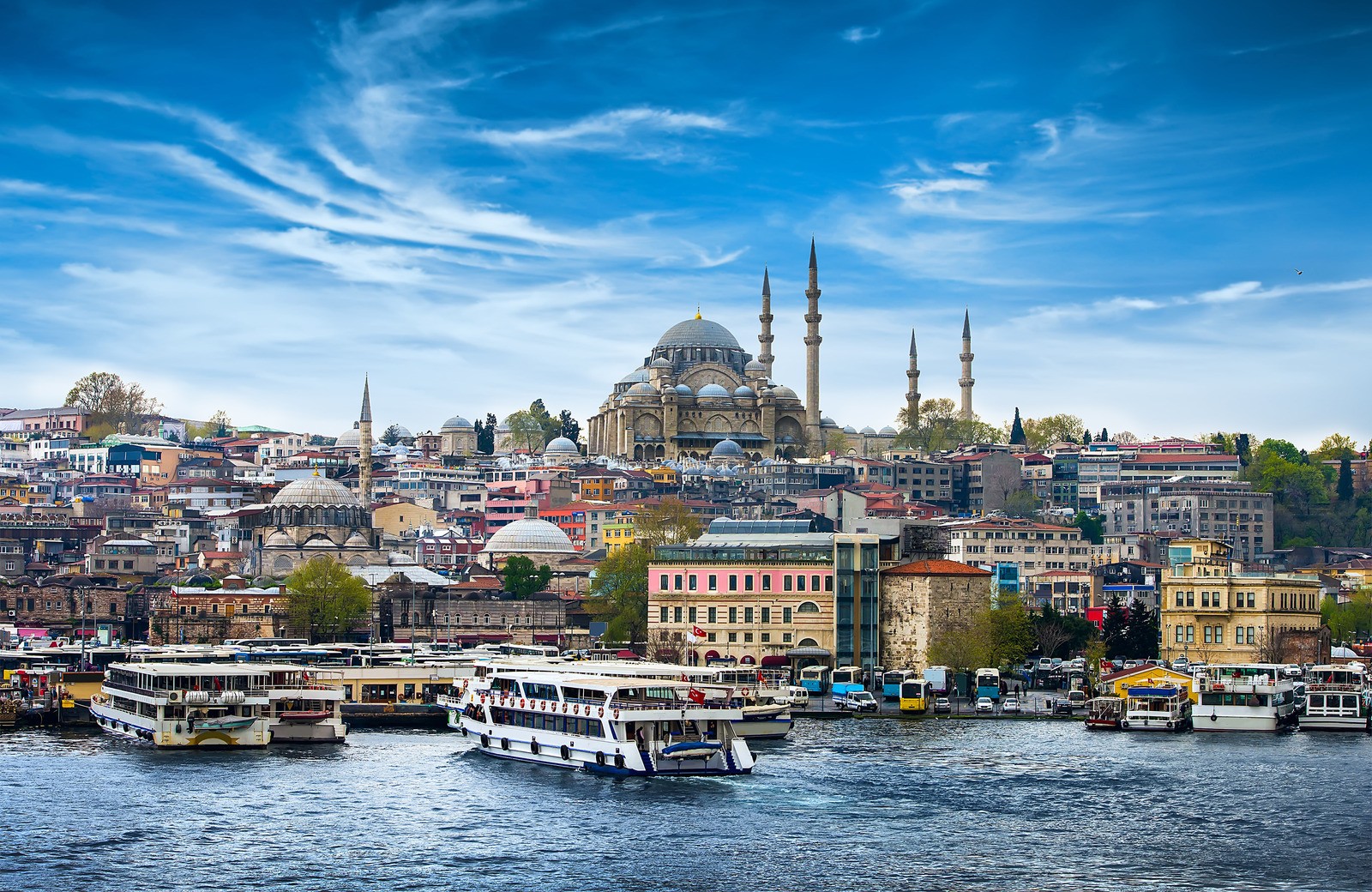 Latin America is another one of those continents that’s perfect for backpackers, with Peru and Costa Rica being popular picks for those doing the Gap Year circuit. Here are a couple budget-friendly destinations in Central and South America worth considering.

Having emerged from the cloud of Pablo Escobar, Colombia is an emerging destination with the capital of Bogota typically serving as a jumping-off point for adventures out to beach spots like Caratagena or stunning Caribbean islands like San Andres and Providencia. If you have a couple days to explore Bogota, be sure to drop into Museo del Oro (gold museum), wander about Plaza Bolivar and head up the cable car to enjoy epic views from Monserrat. Hostel prices start at about $5 per night, and there are plenty of stalls around where you can pick up a meal for about $3.

RELATED: Why South America is perfect for backpackers 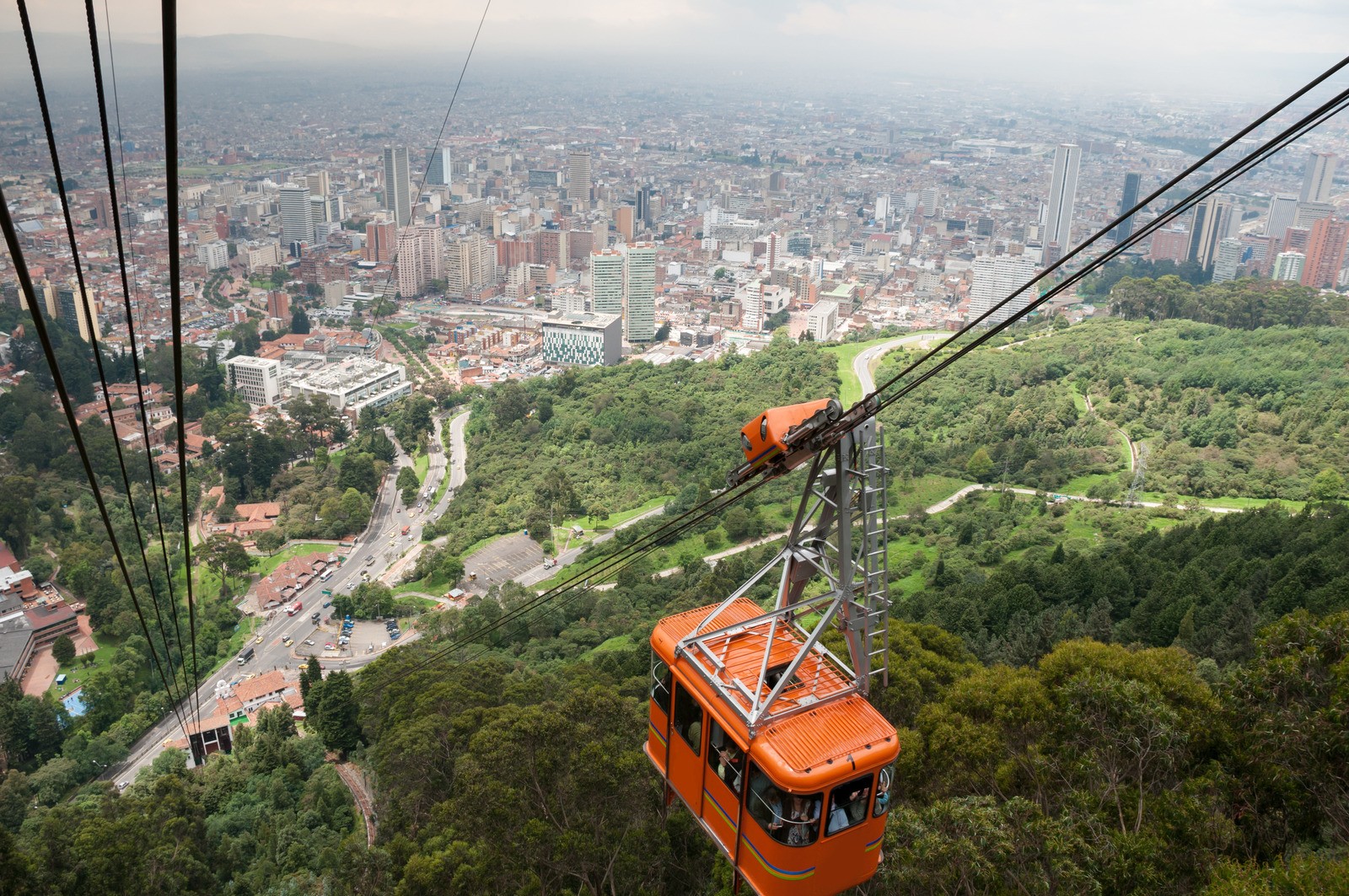 Bogota’s cable car with a view of downtown. Colombia

When visiting La Paz, you won’t just get to explore a city filled with culture and tradition, but also can quirky things like Cholita Wrestling, the rock formations of Moon Valley which look like something from another planet, and traffic circles with dancing zebras. La Paz has a great and affordable street food scene, and three-star hotels like Hostal Gran Copacabana can be as low as $28 per night. 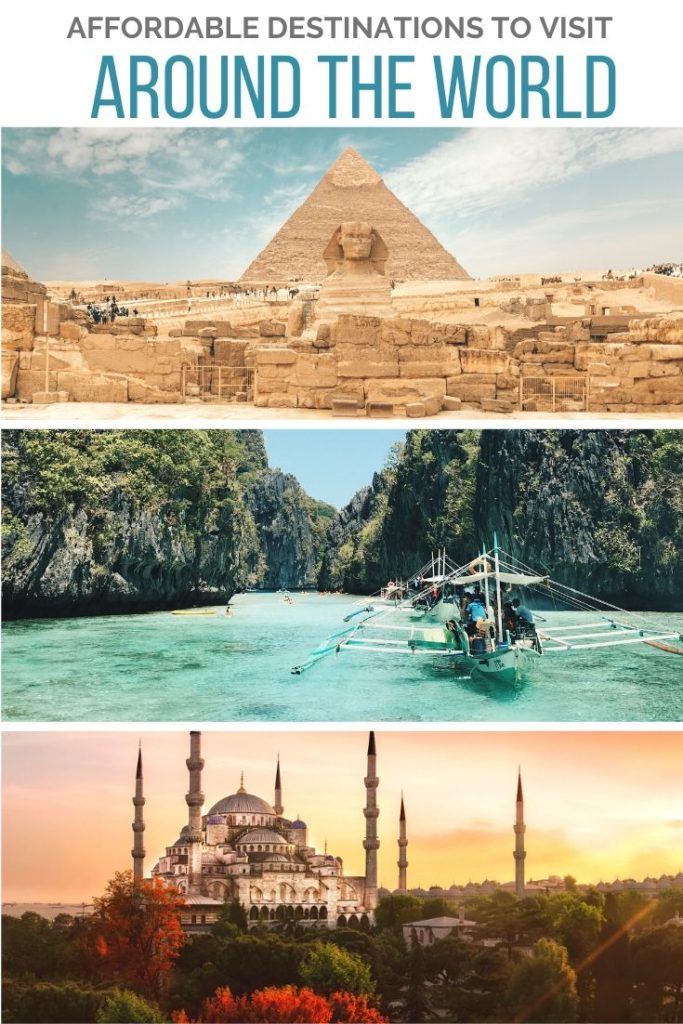 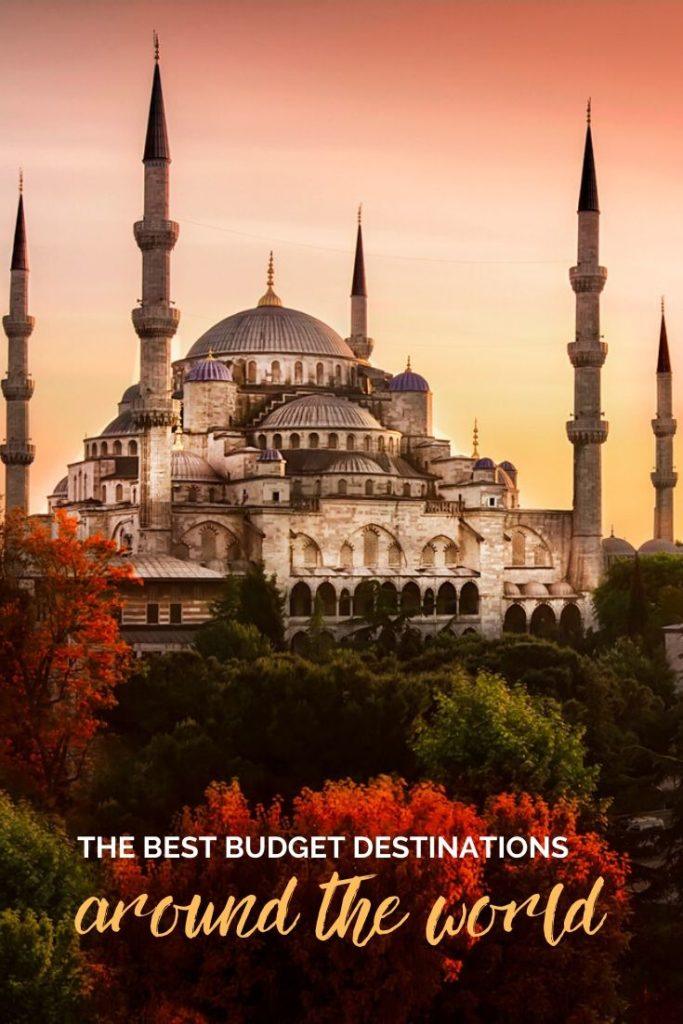 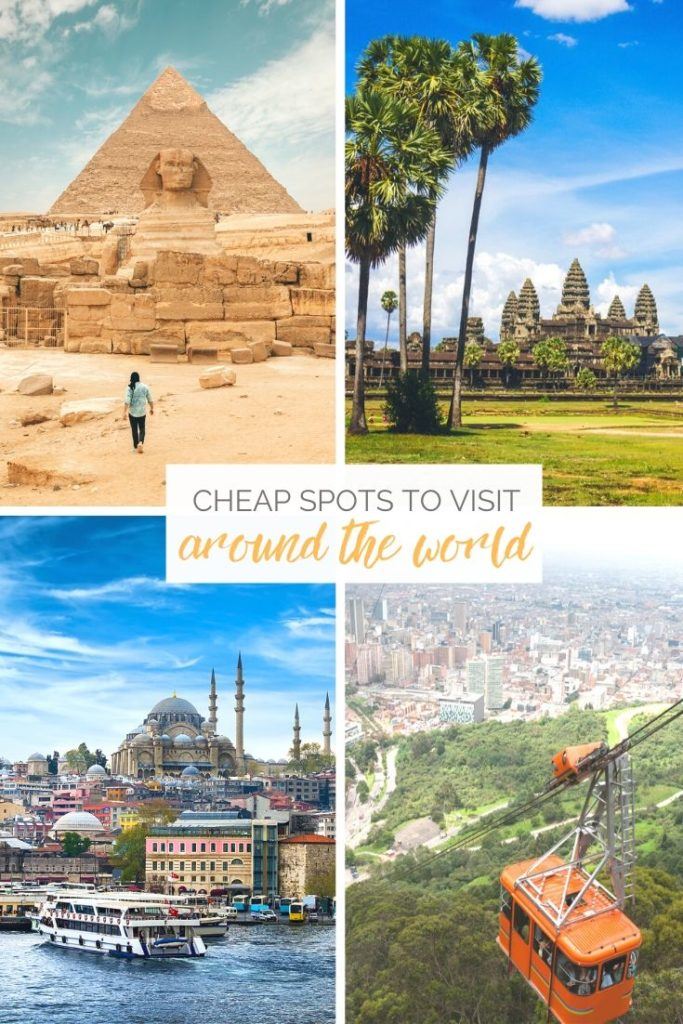