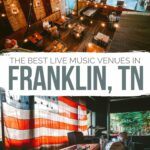 The great state of Tennessee is synonymous with live music, and home to intimate open mic nights, bluegrass bands and country music’s top talent. In fact, more songs are written, recorded and performed here than anywhere else in the world. 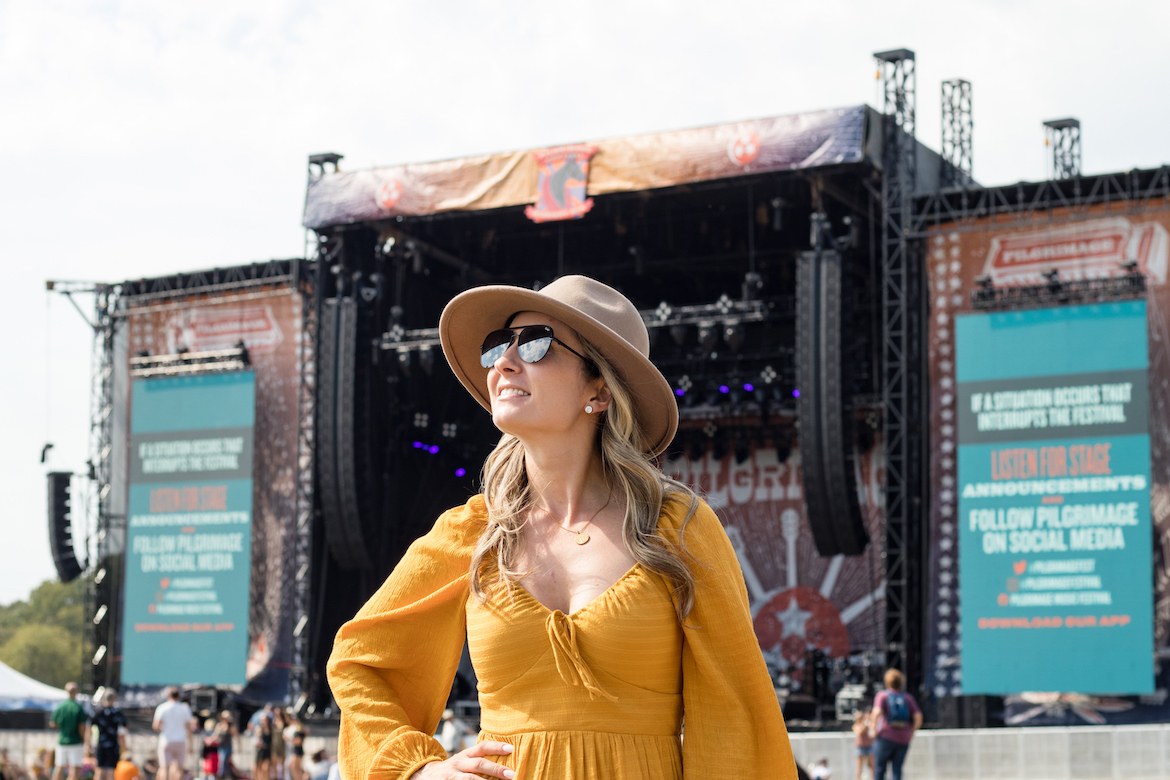 While Nashville may have claimed the nickname of Music City, some of the best places to enjoy live music are actually in neighbouring Franklin and Leiper’s Fork, just a 20 minute drive from downtown.

Along with festivals, songwriters nights and jam sessions, this is where the likes of Brad Paisley, Miley Cyrus and Luke Bryan have put down roots in a testament to the low-key lifestyle celebs get to enjoy here, far away from the paparazzis’ prying eyes. 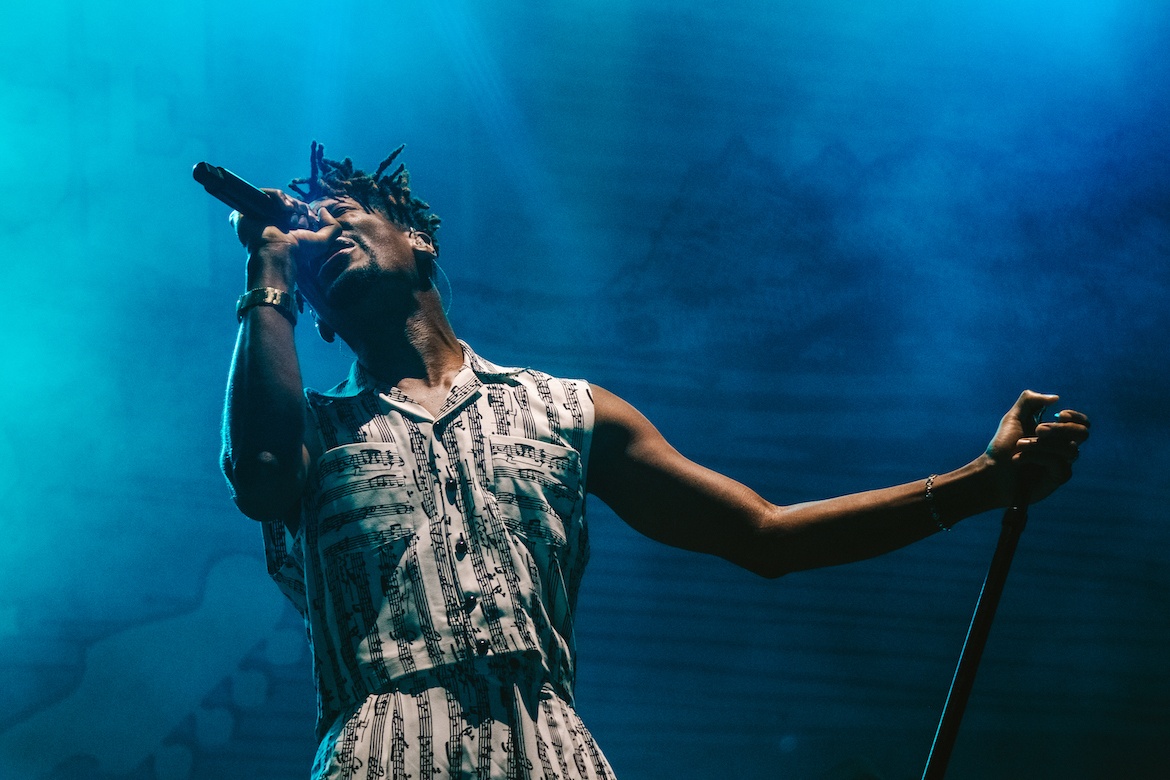 Jon Batiste performs at the Pilgrimage Music Festival in Franklin

Here are some of the top spots to see live music in Franklin, TN. 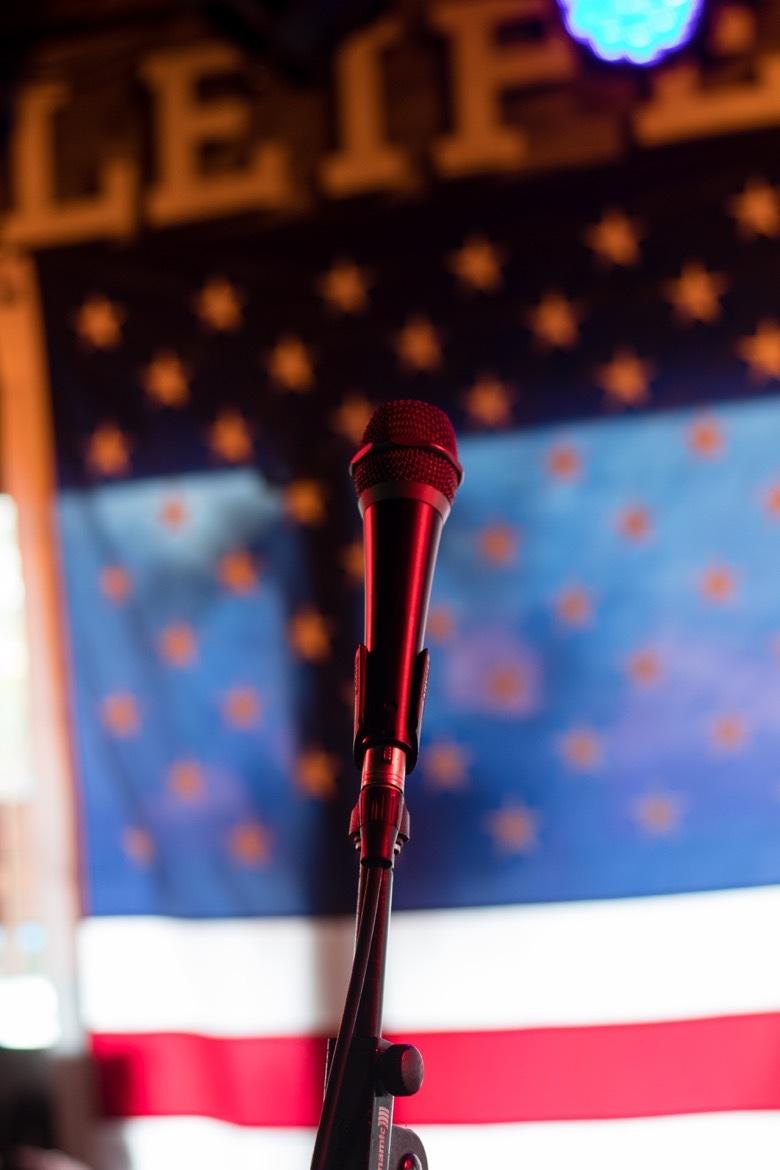 The iconic stage at Fox & Locke in Leiper’s Fork 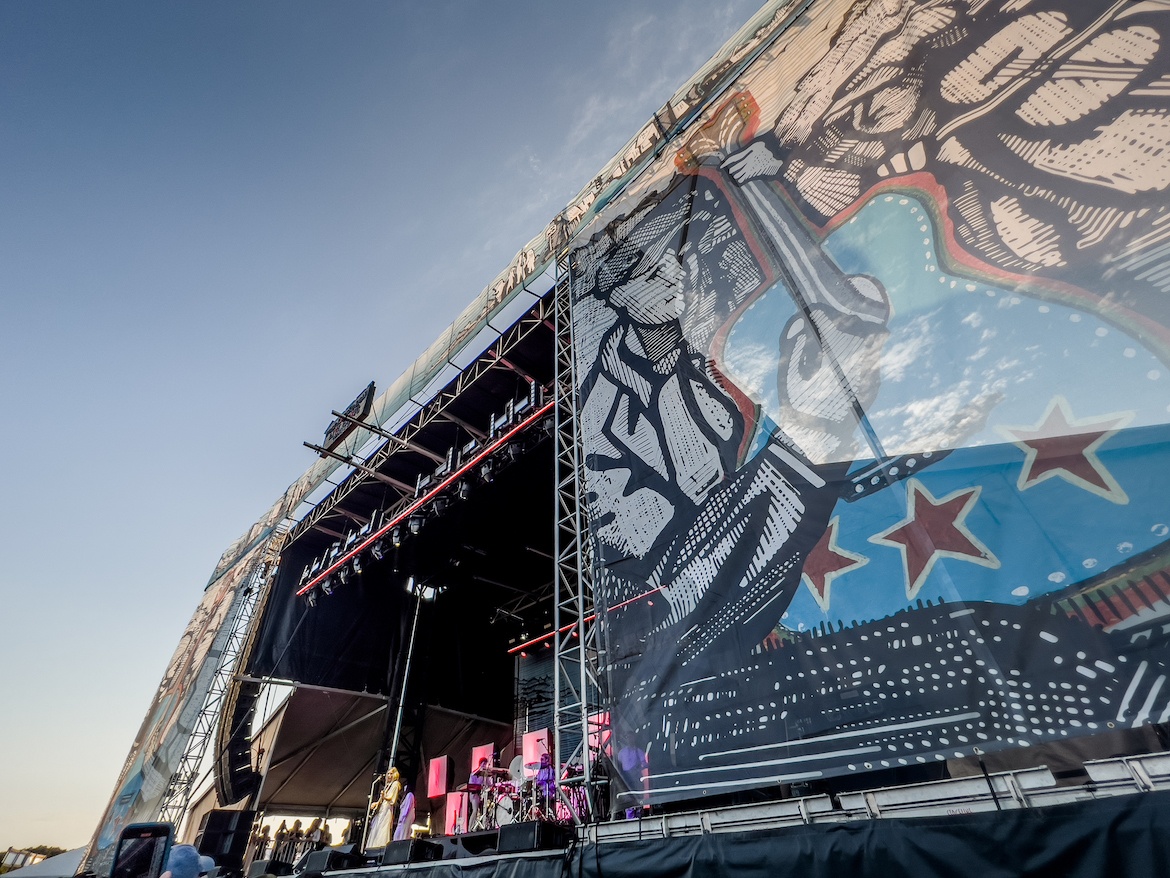 Lennon Stella performs at the Pilgrimage Music Festival in Franklin

The annual two-day event draws about 20-thousand fans, and is held on a horse farm that’s conveniently just a short walk from downtown Franklin.

Single and full weekend passes are available, which grant access to concerts by dozens of performers from various music genres on six different stages, as well as food trucks, bars and a marketplace featuring local vendors. 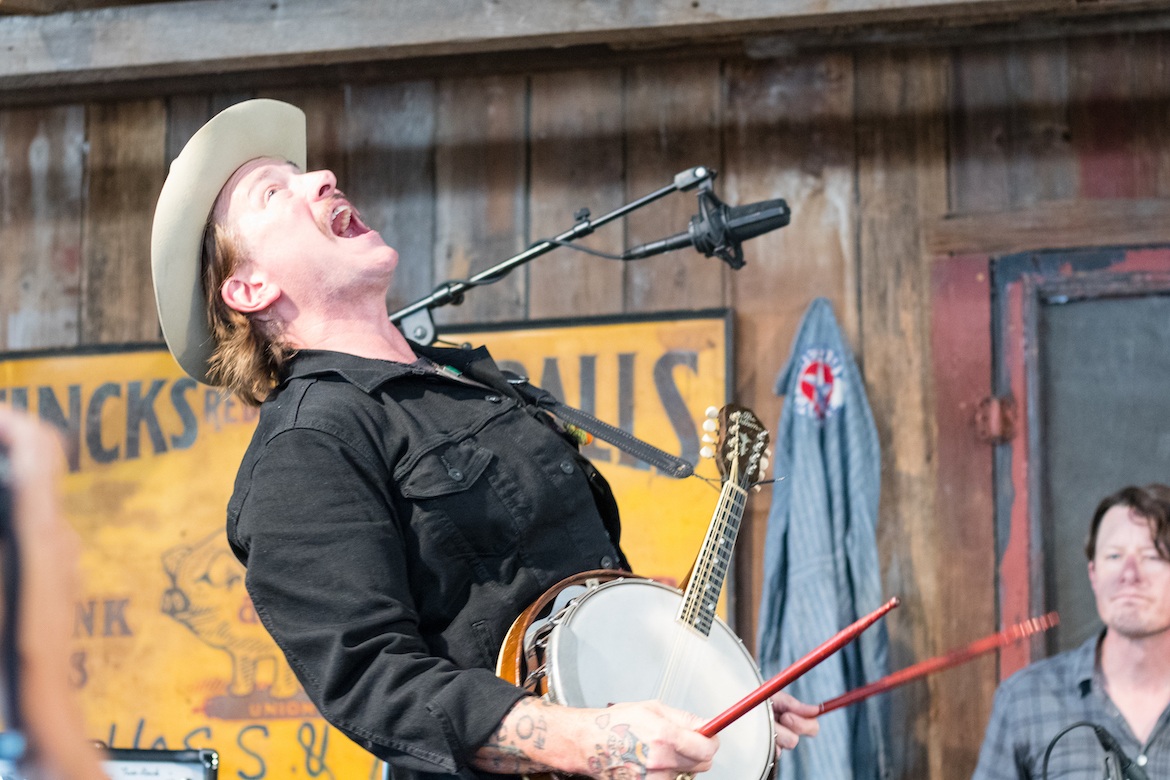 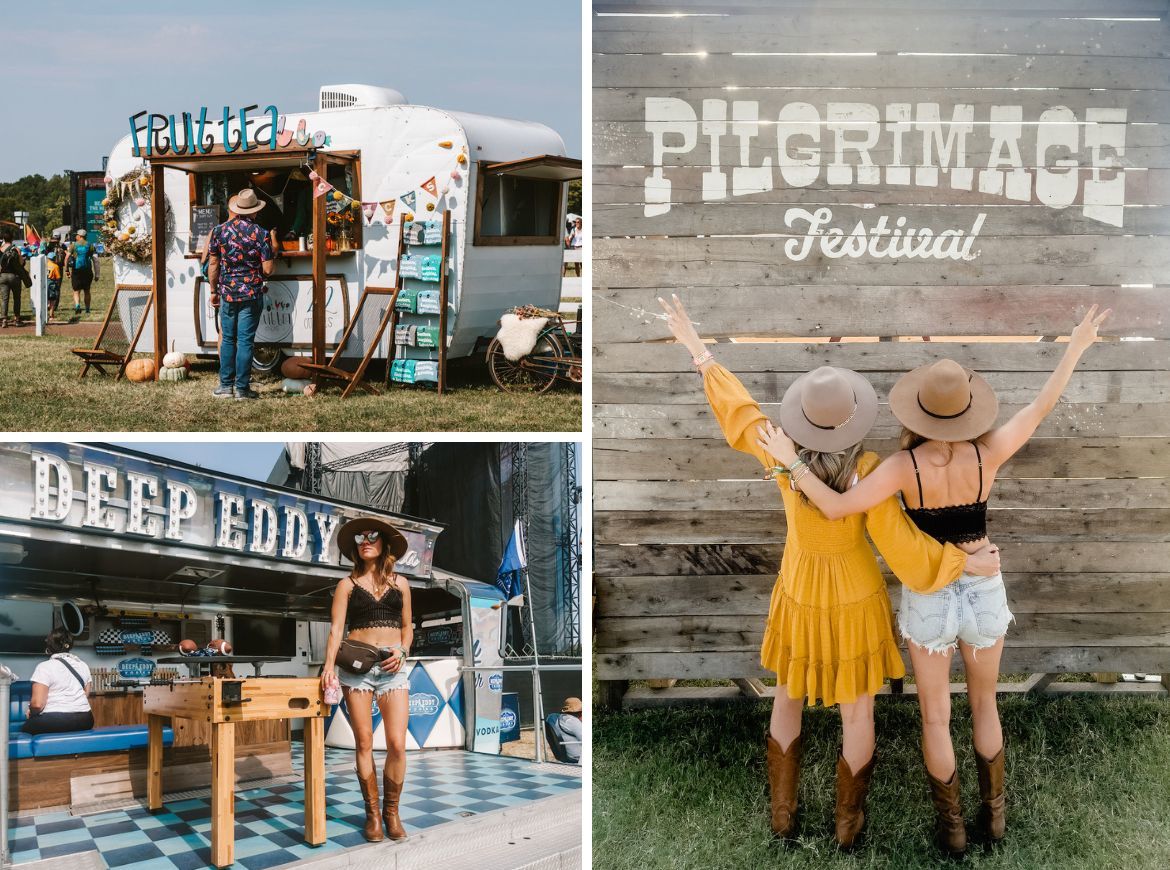 The family-friendly event also has a kids area complete with crafts, puppet shows, songwriting workshops and the Lil’ Pilgrims stage. 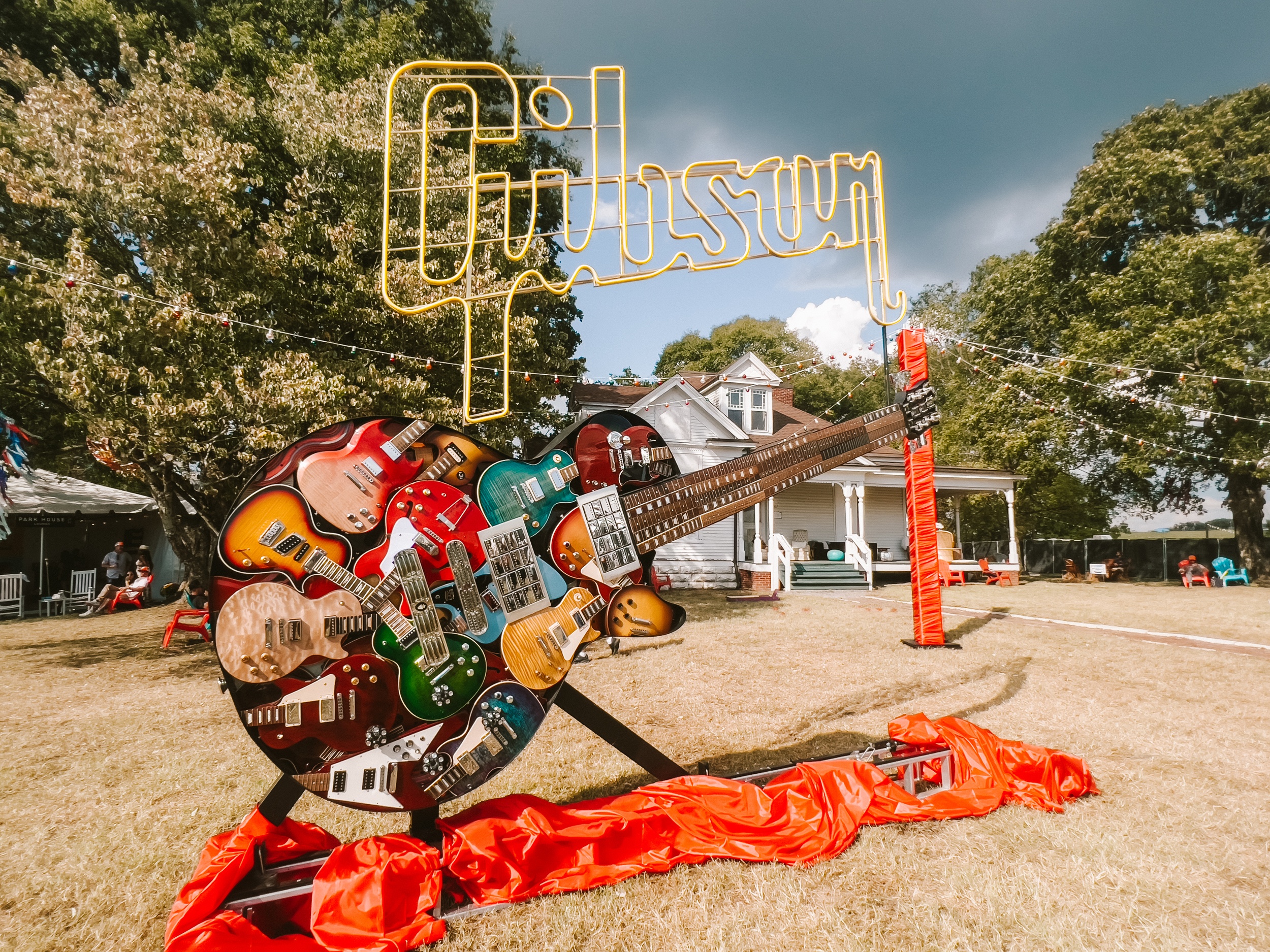 Get your music fix without leaving Franklin’s historic centre by timing a concert with dinner at one of the city’s top restaurants.

Gray’s on Main is a former pharmacy-turned-eatery, combining a menu of elevated southern comfort food with inventive craft cocktails and live performances every weekend. 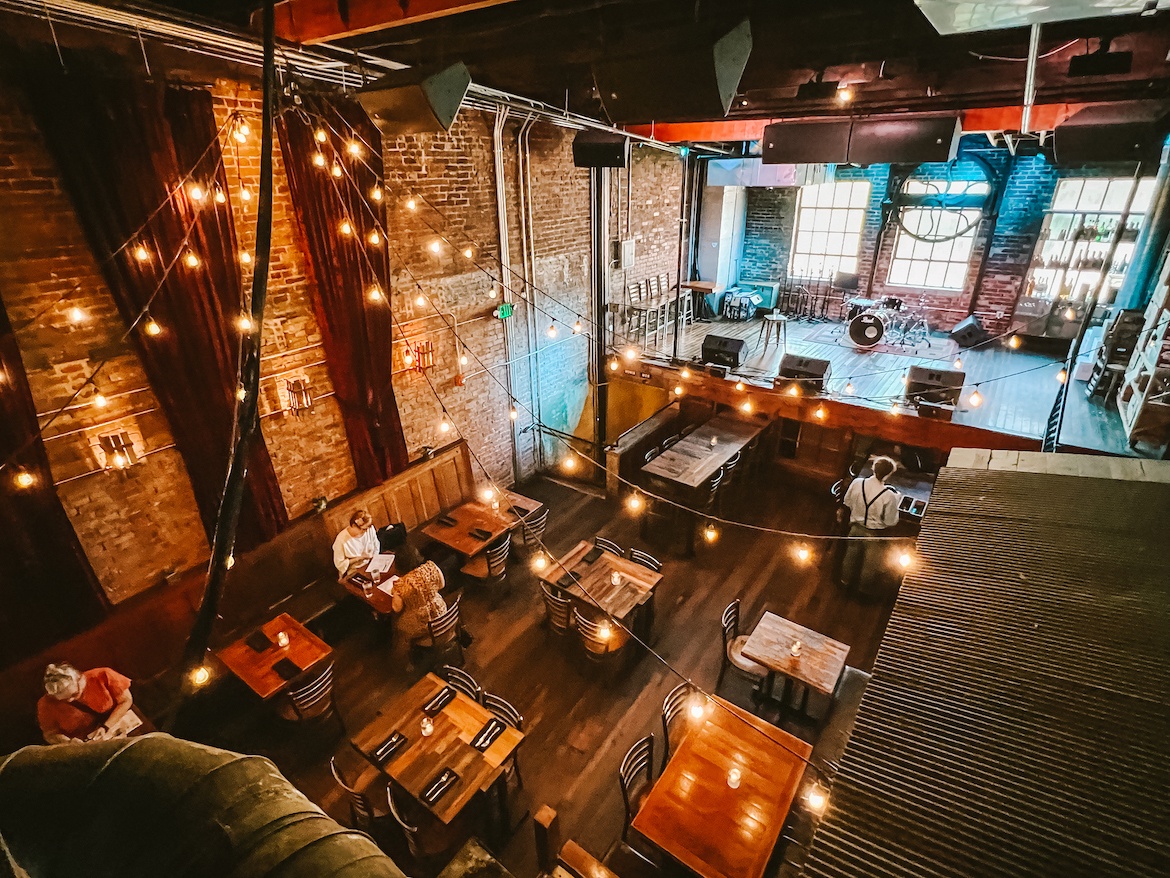 Gray’s On Main is also a live music venue

Homestyle faves like pulled pork and BBQ baby back ribs are served up alongside live music almost every night of the week at Puckett’s, which started back in the ‘50s as a grocery store in Leiper’s Fork and has since expanded all over Tennessee.

A go-to for songwriters nights, stars like Jimmie Allen and Walker Hayes got their start on this stage. 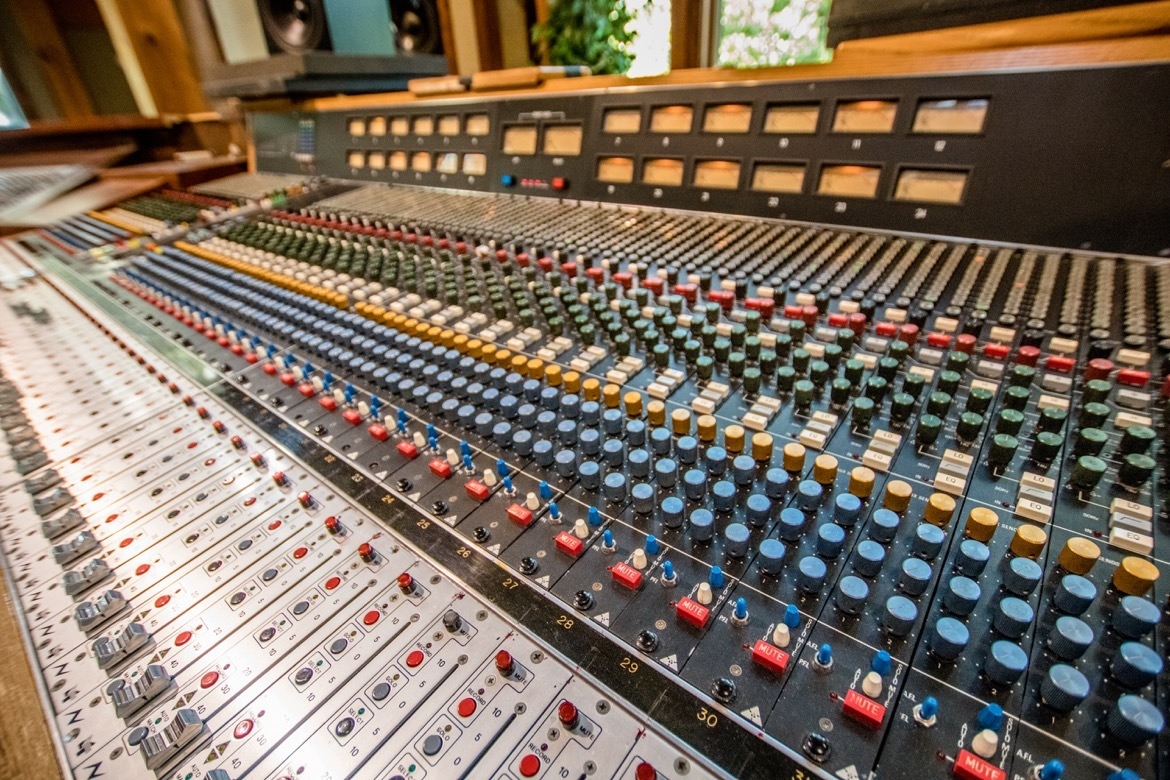 A recording studio near Franklin, Tennessee

Kimbro’s Pickin’ Parlor is like the next best thing to a house party, since this bar is quite literally found in a couple of converted homes just two blocks off Main Street.

A stage sits in the middle of the living room, drinks are enjoyed in the kitchen and there’s even a backyard hangout spot. Best of all, there’s no way your parents are going to show up unannounced and crash the jam session. 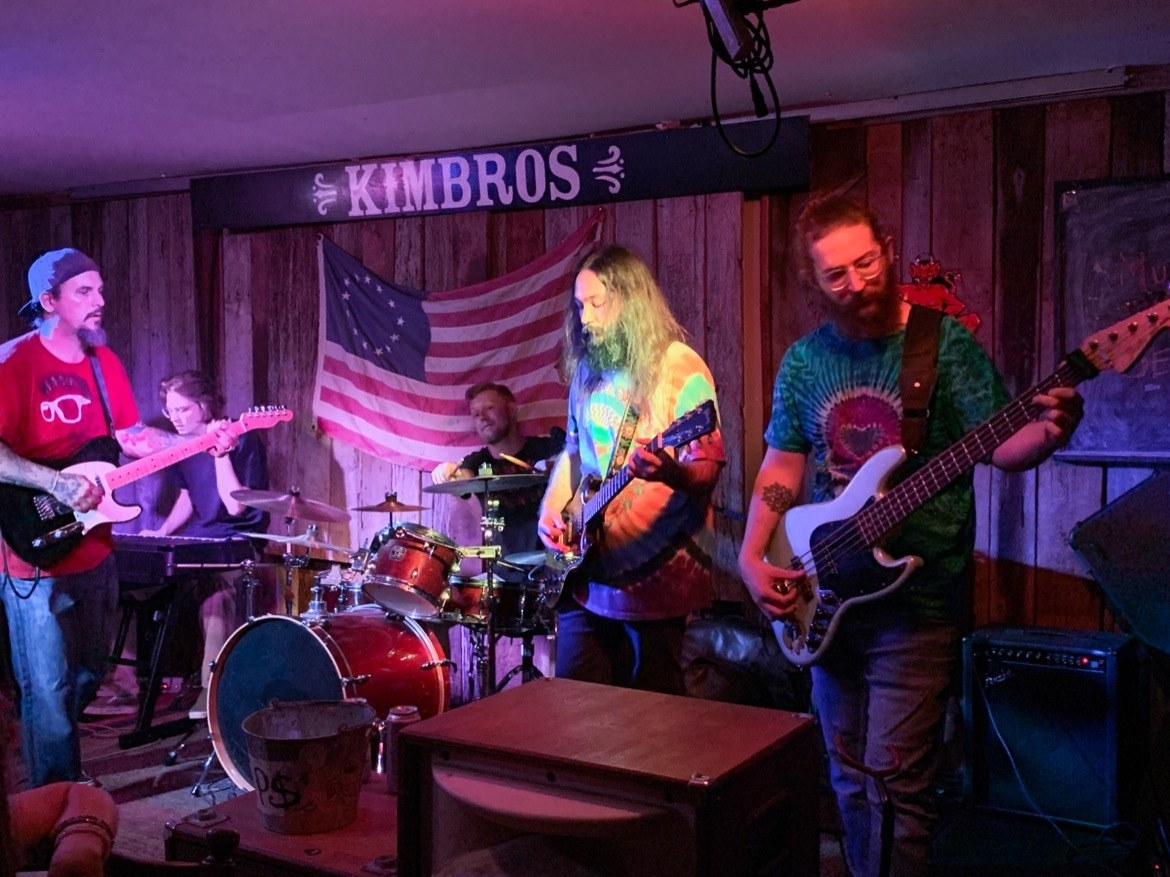 Other places to catch live music downtown are Americana Taphouse, in the lobby of the Harpeth Hotel during the weekend, and stopping to cheer on one of the buskers usually found along Main Street.

During the holiday season, catch carollers during the annual Victorian-themed Dickens of a Christmas event. 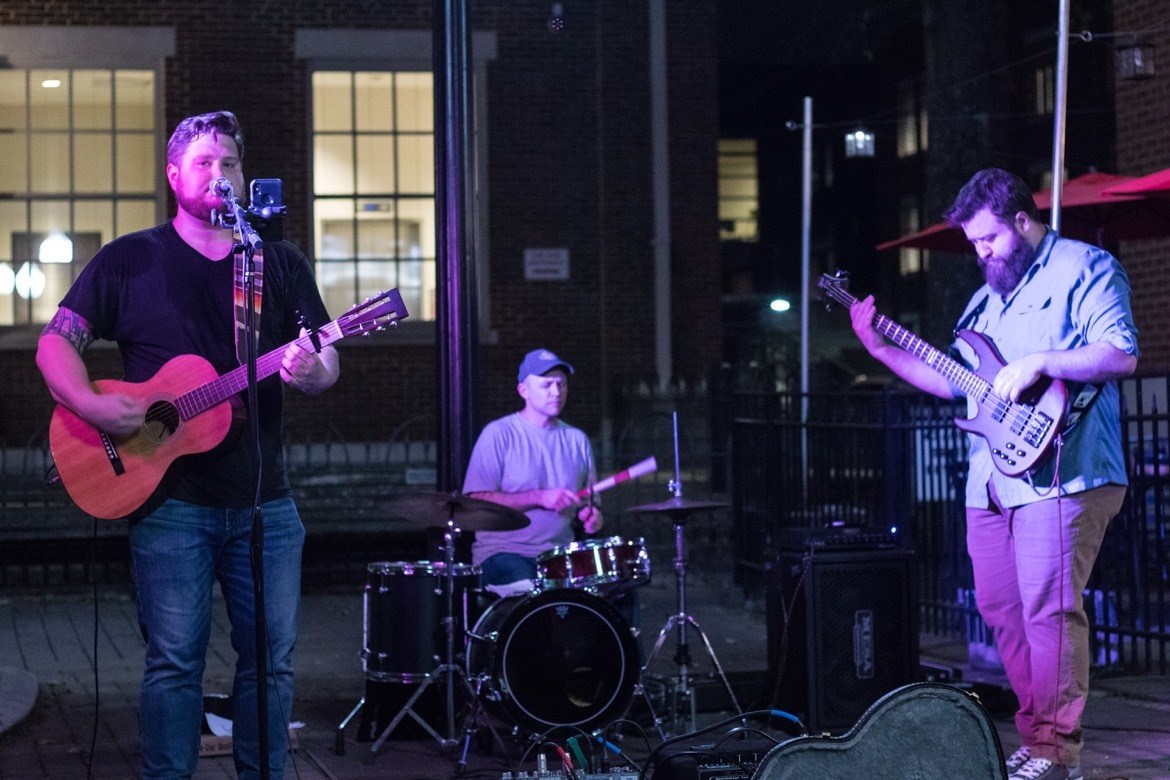 A band plays in downtown Franklin

Another one of the best music venues in Franklin TN is the Franklin Theatre, and its iconic marquee which is considered the crown jewel of Main Street was first lit up back in 1937. 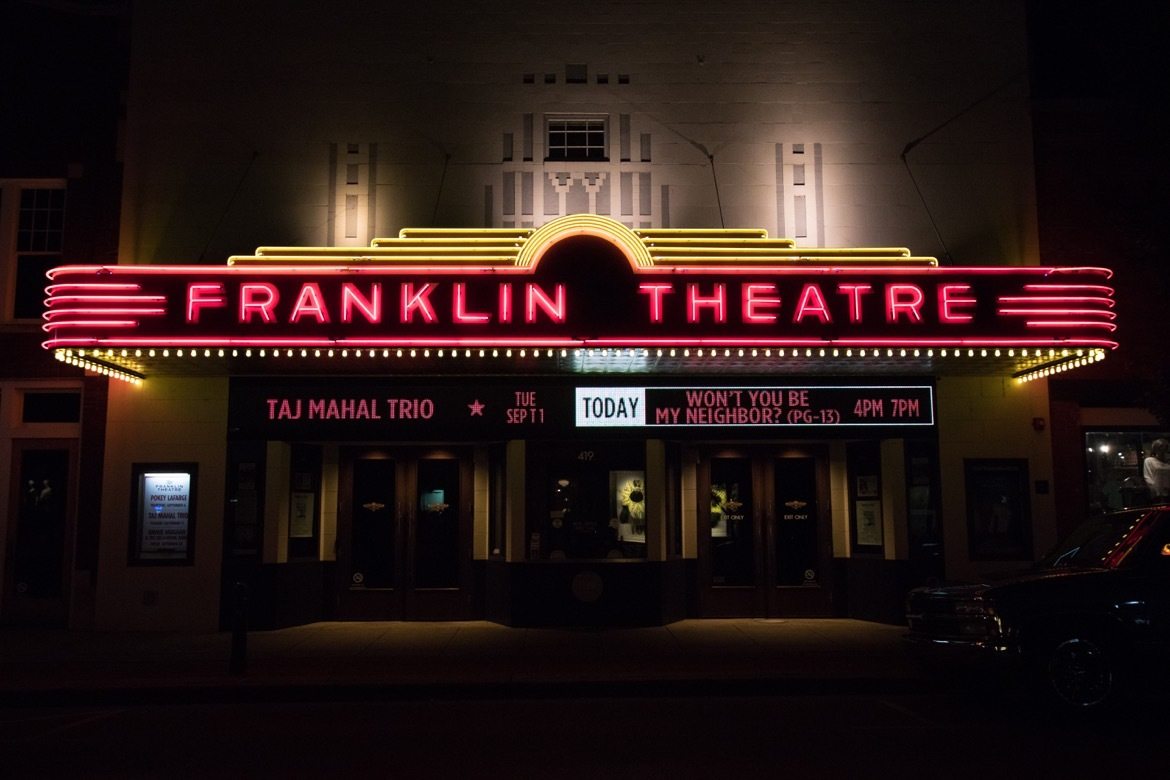 While movies are occasionally shown here (be sure to partake in their fun theme nights), the 300-seat venue is more often used as a performance venue. 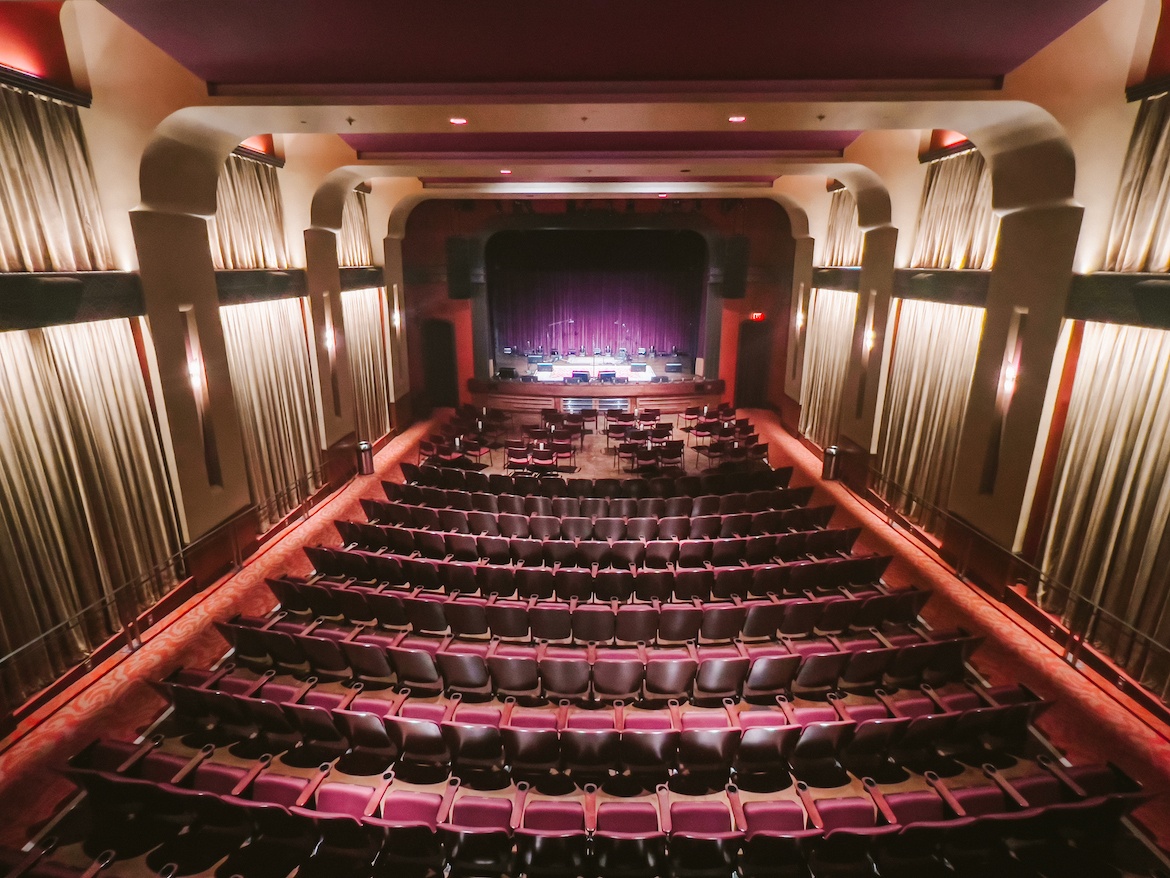 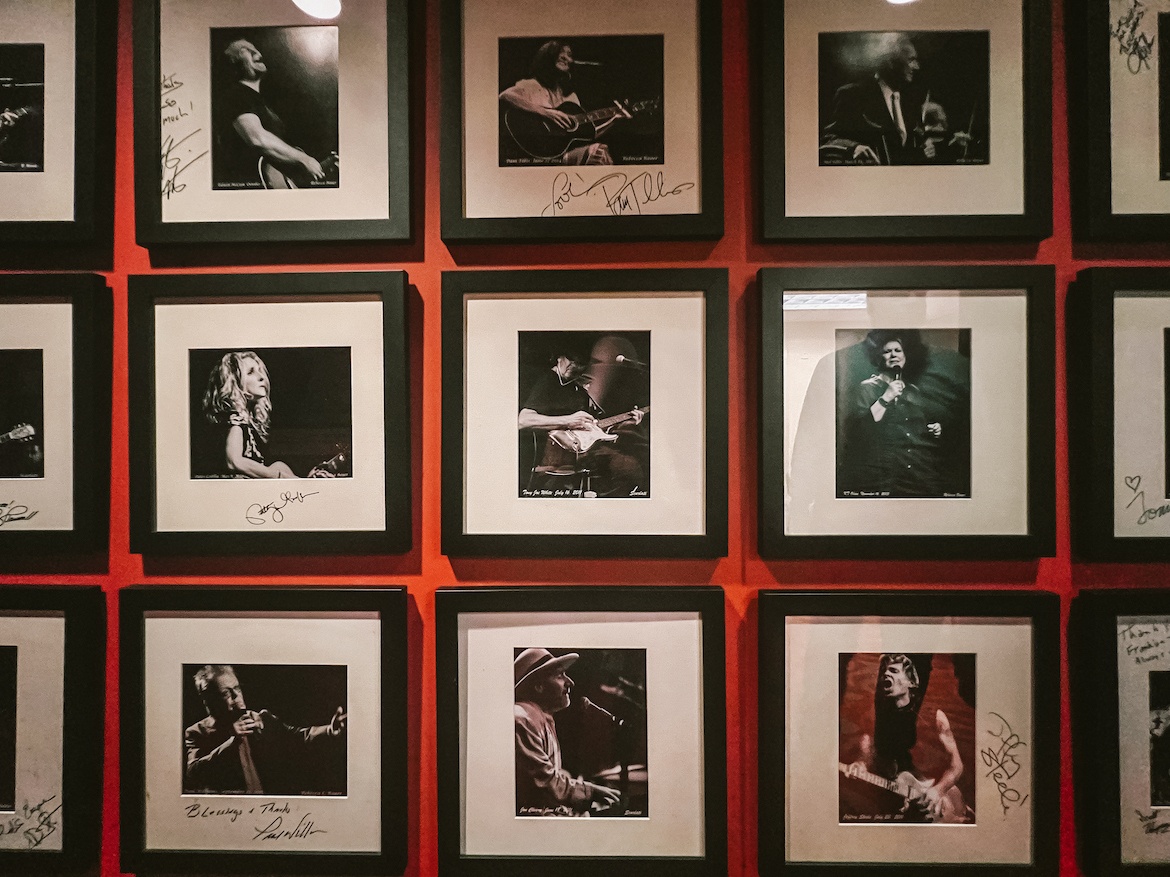 The Franklin Theatre is also part of the Tennessee Music Pathways, a state-wide list of hundreds of landmarks that signify important locations related to seven genres of music.

READ MORE: 5 insanely cool things to do in Franklin, Tennessee 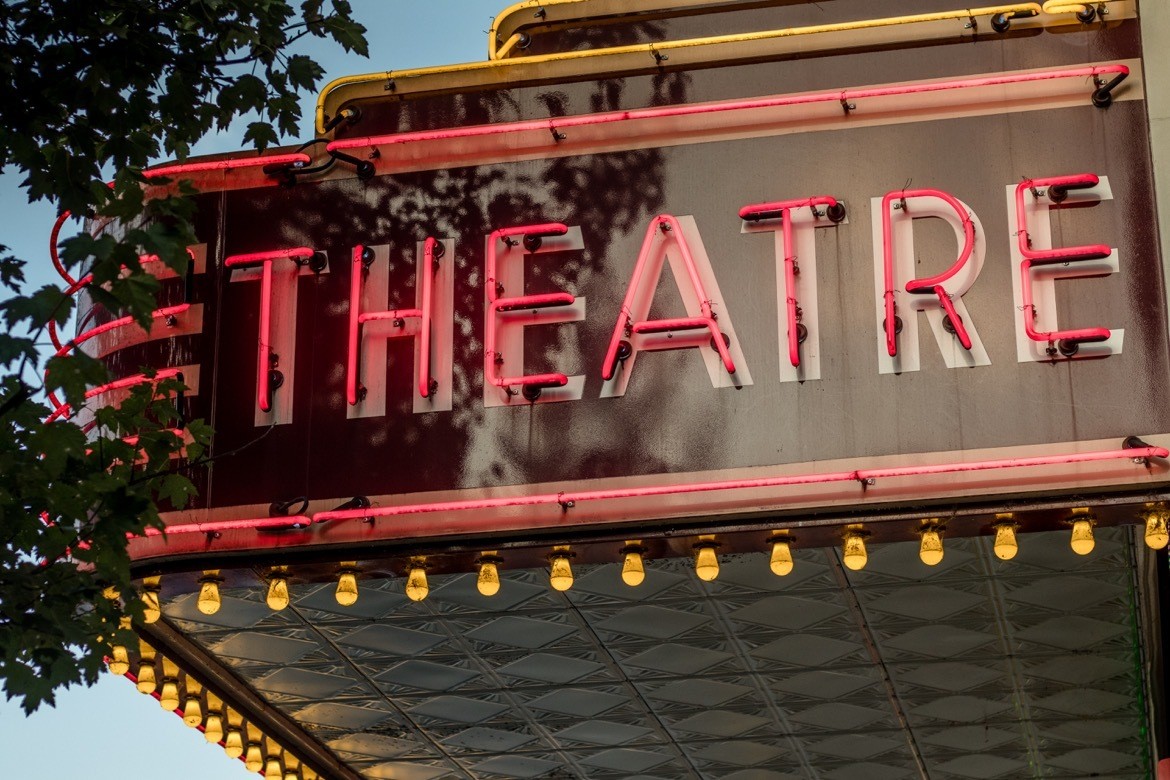 Arrington Vineyards is a 95-acre property nestled in the rolling hills of middle Tennessee, which showcases nearly two dozen award-winning wines. It was co-founded by Kix Brooks from the legendary country duo Brooks & Dunn, so it’s no surprise this winery also includes tunes with its tastings. 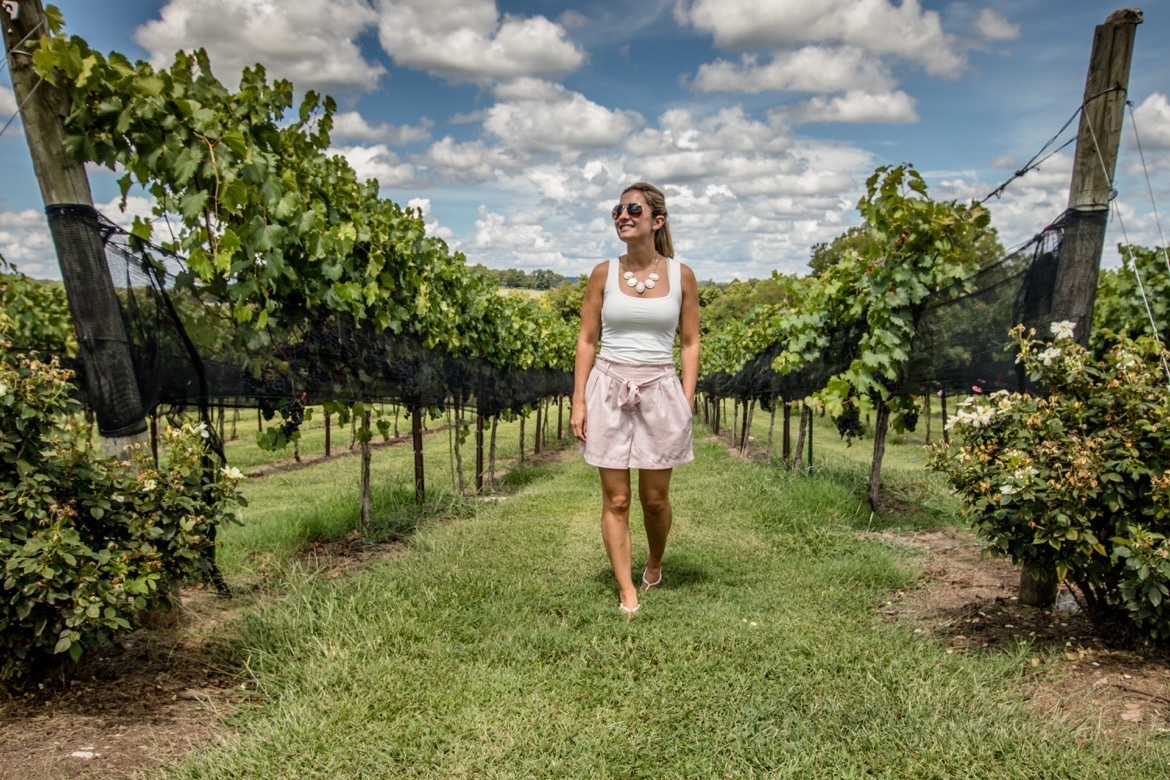 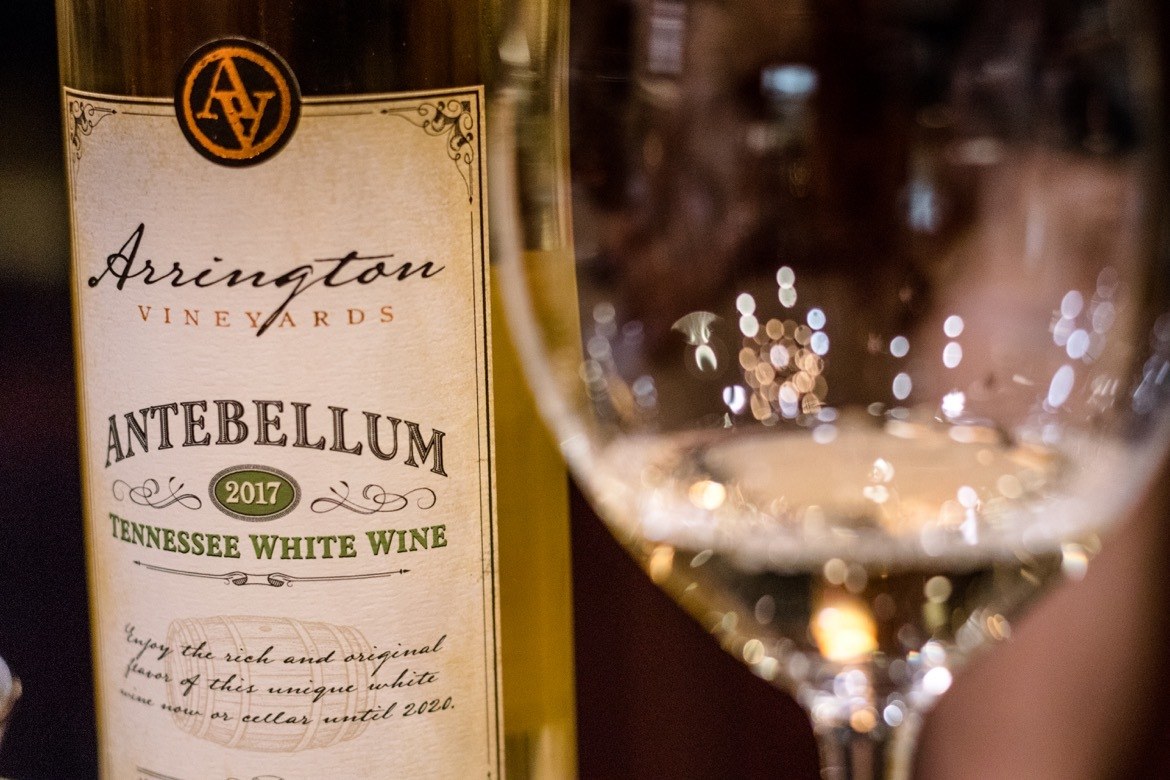 Music in the Vines features live jazz and bluegrass bands every weekend from April to October. No reservations are required, and food–and plenty of wine, natch–are available for purchase to enjoy a picnic with the performances. 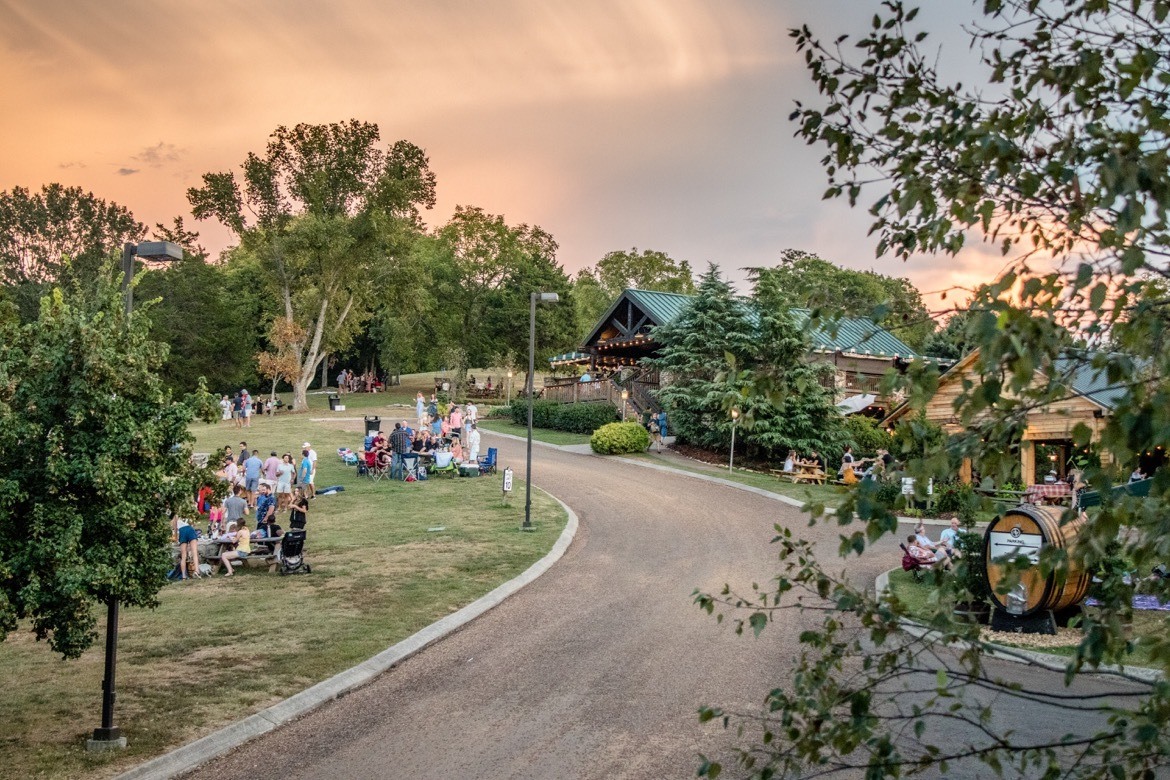 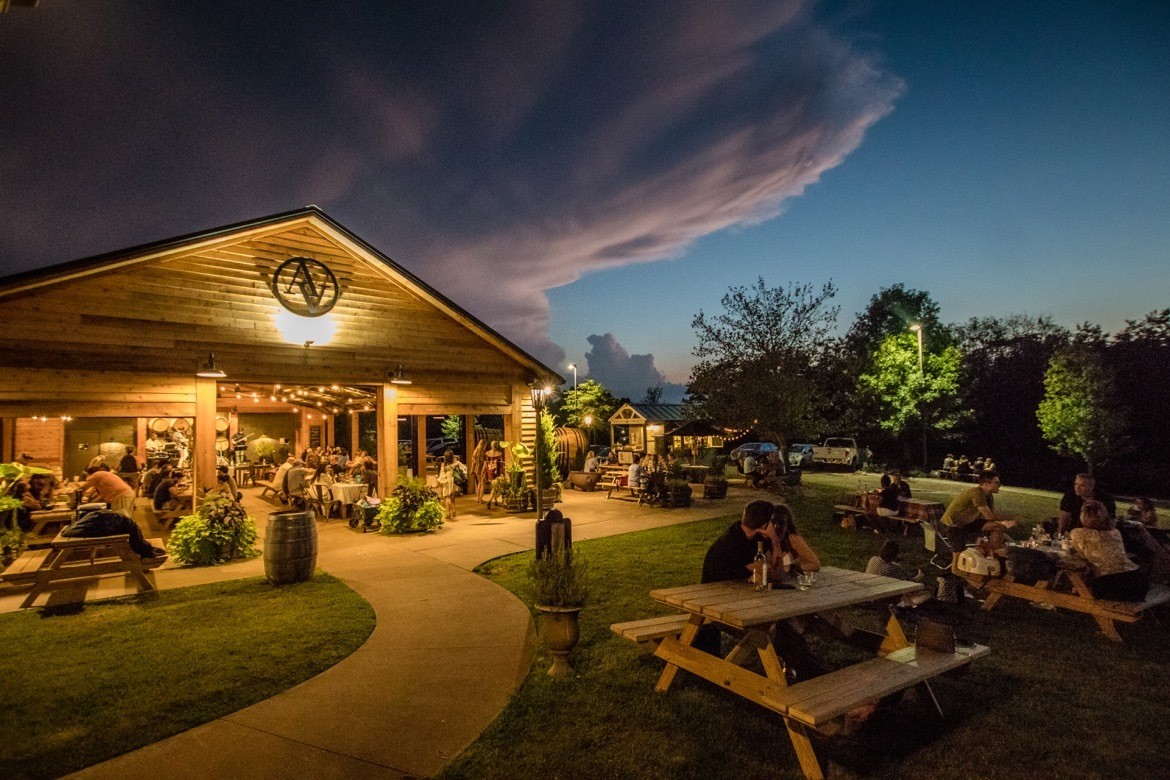 This charming hamlet 10 miles from downtown Franklin showcases the best of rural Tennessee with talented local artisans, an excellent distillery and one of the state’s most iconic open mic nights.

Thursday nights at Fox & Locke are absolutely legendary, where up-and-comers hoping to make it big get to play two songs each for the crowd. 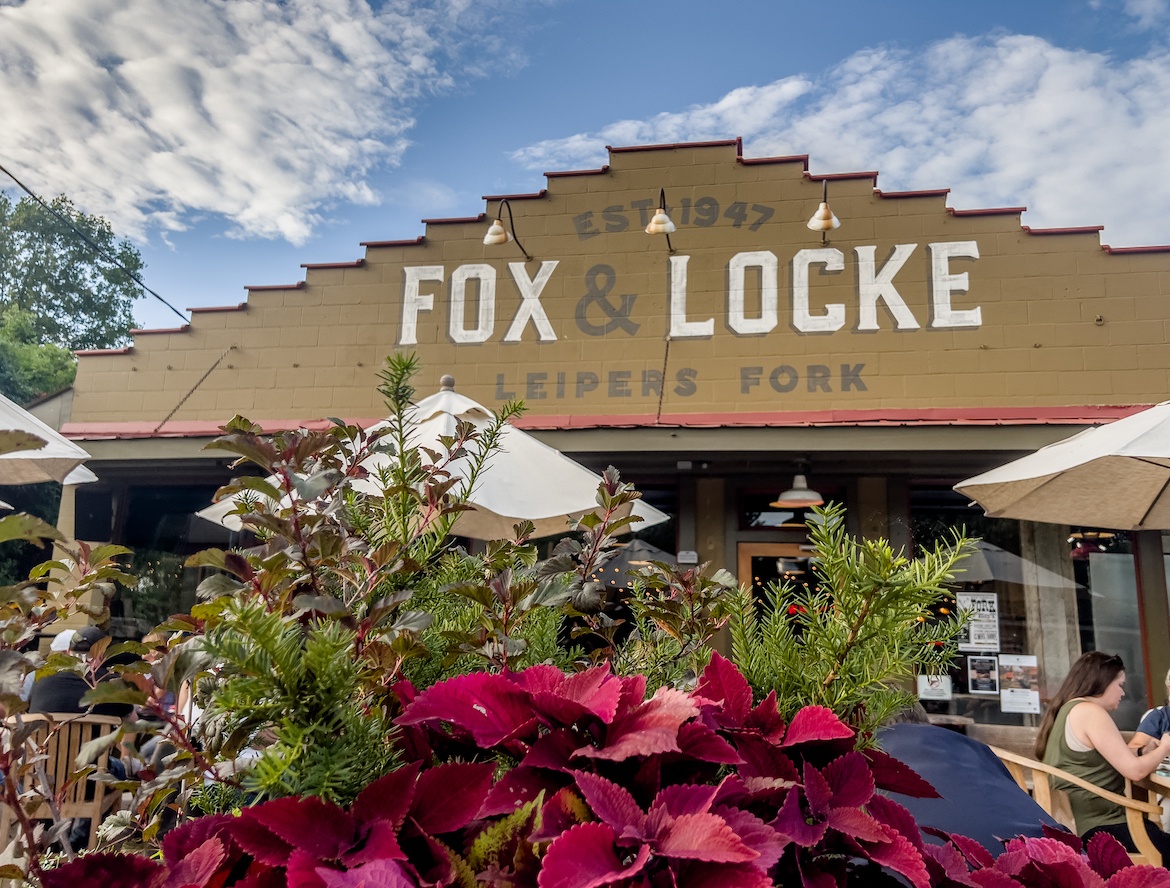 You’ll often see music execs swarm a showstopper once they get off the stage in hopes of signing the next Taylor Swift, and you never know who might unexpectedly show up: Carrie Underwood and Wynonna Judd have been known to treat the crowd to a surprise performance! 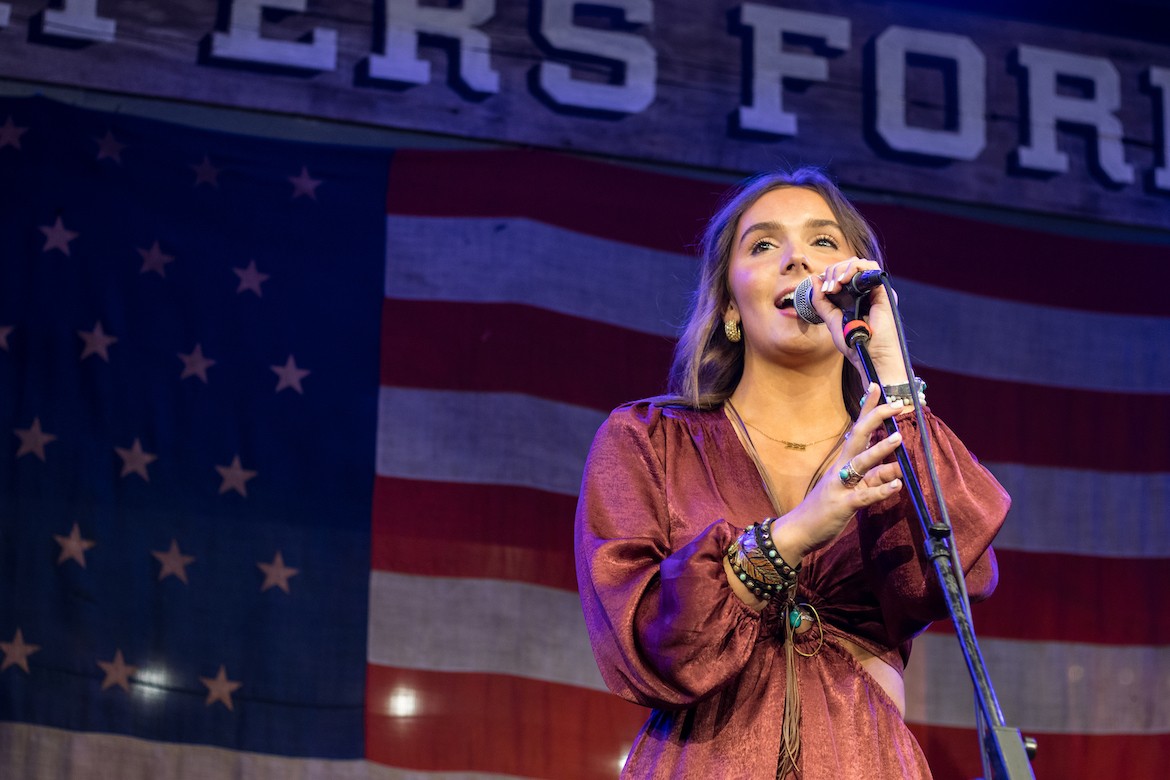 Fox & Locke is open for lunch, dinner and drinks from Wednesday-Sunday, and advance online bookings are recommended for those hoping to reserve a table on Thursday nights.

READ MORE: 5 country-cool things to do in Leiper’s Fork, Tennessee 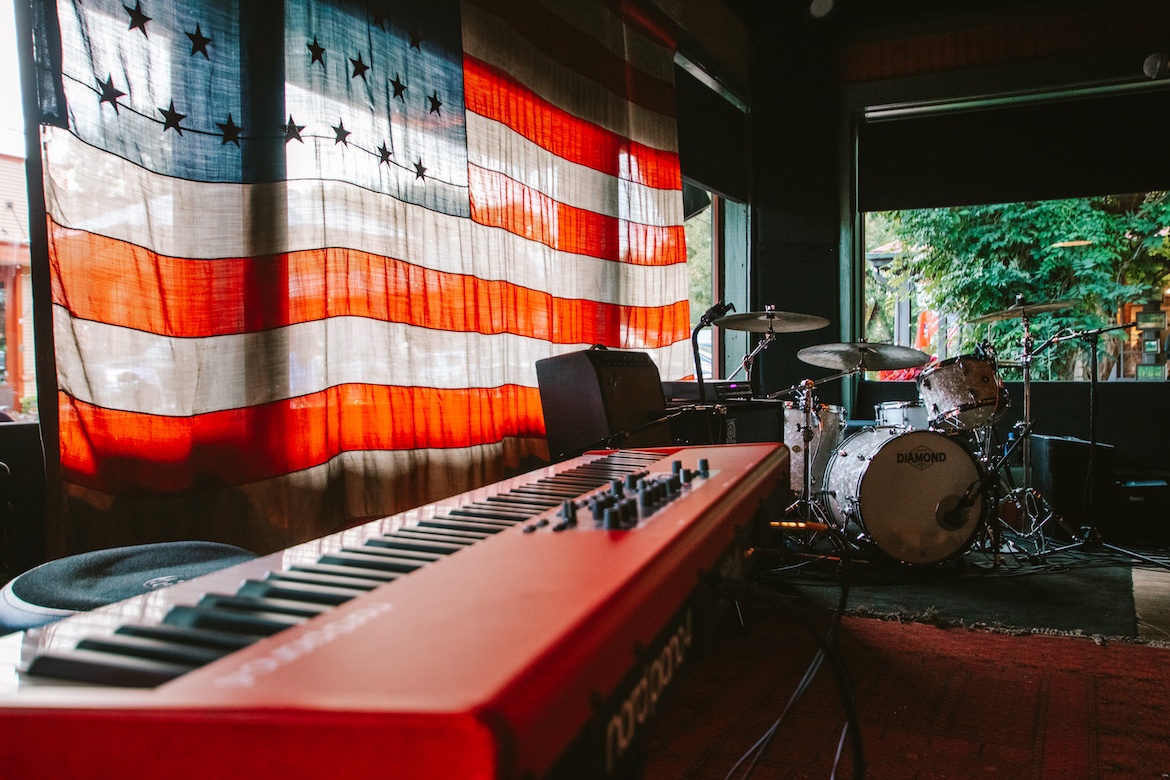 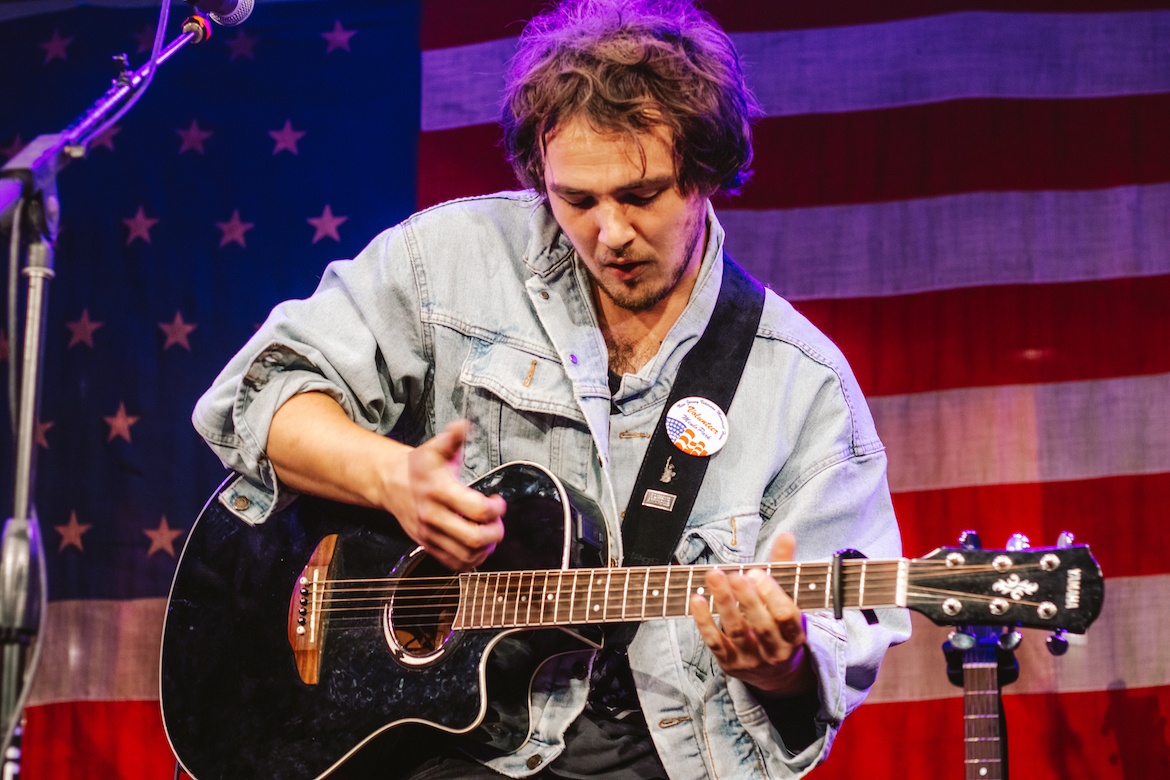 Another spot worth checking out in Leiper’s Fork is the Lawnchair Theatre, which is tucked away in the grassy area behind Fox & Locke.

The outdoor venue sometimes hosts outdoor movie nights during the summer months, as well as live music nights that have previously featured Willie Nelson. Just remember to BYOC…bring your own chair! 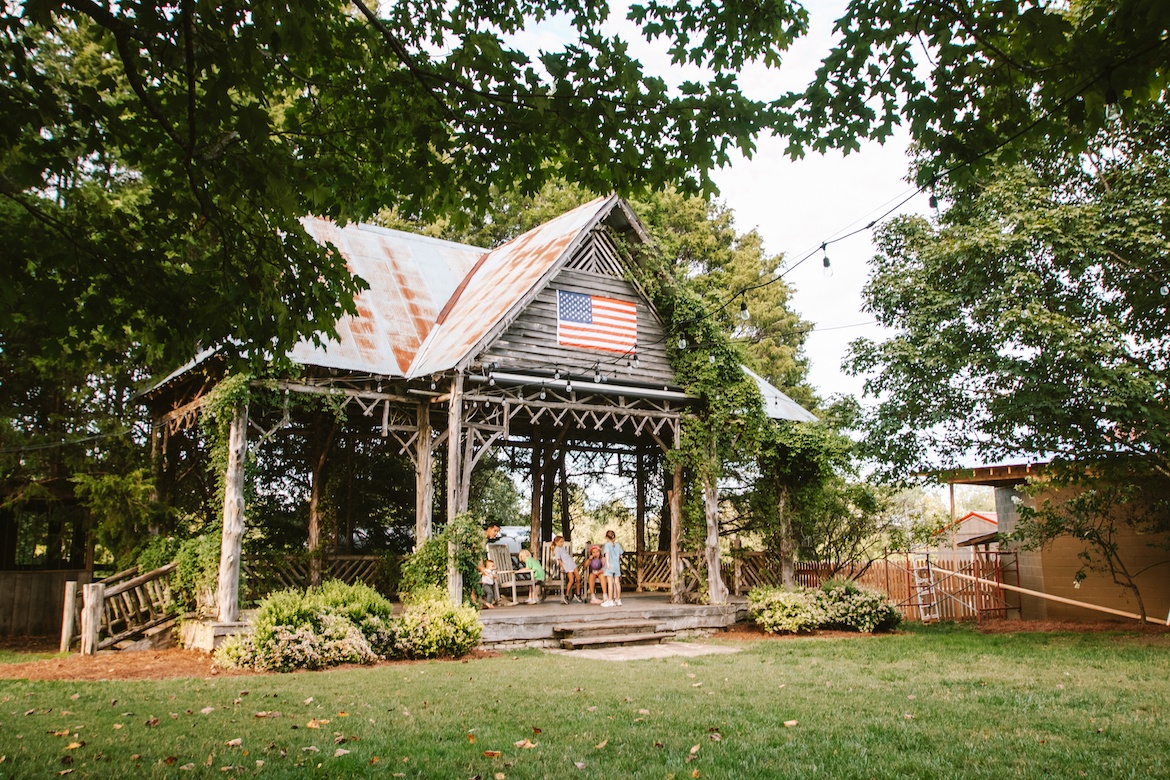 Globe Guide explored Franklin as a guest of Visit Franklin. As always, hosts have no editorial influence on articles. 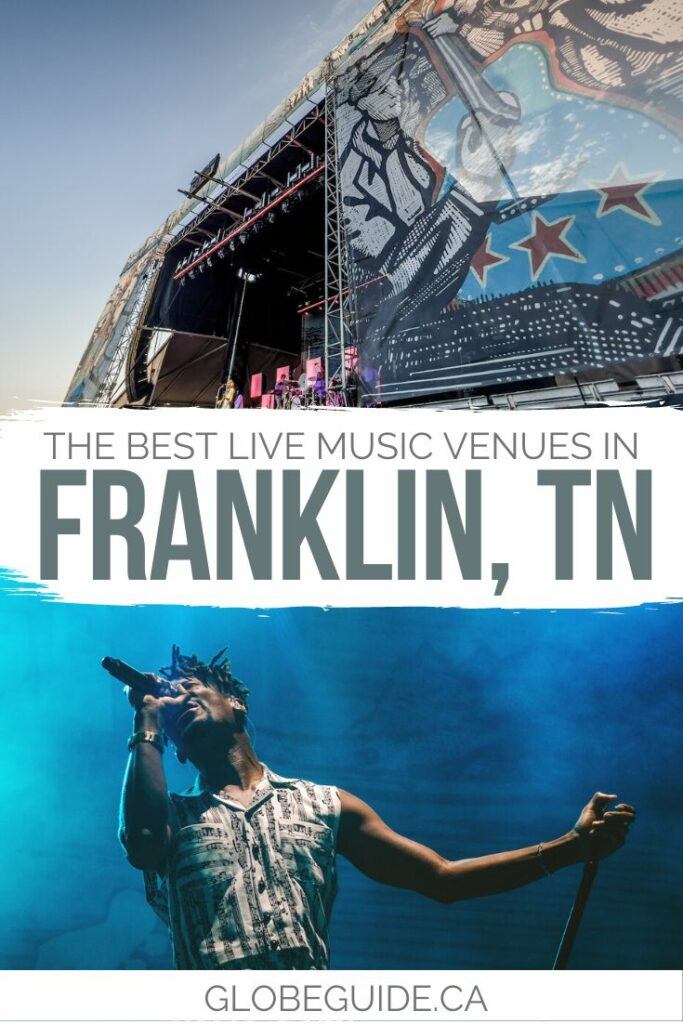 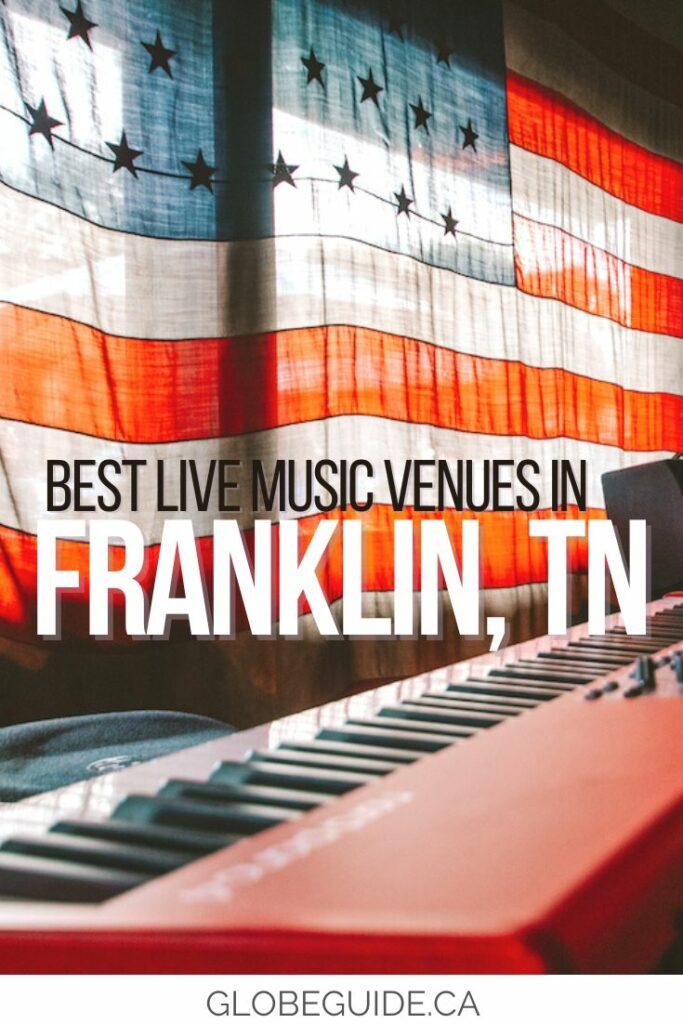 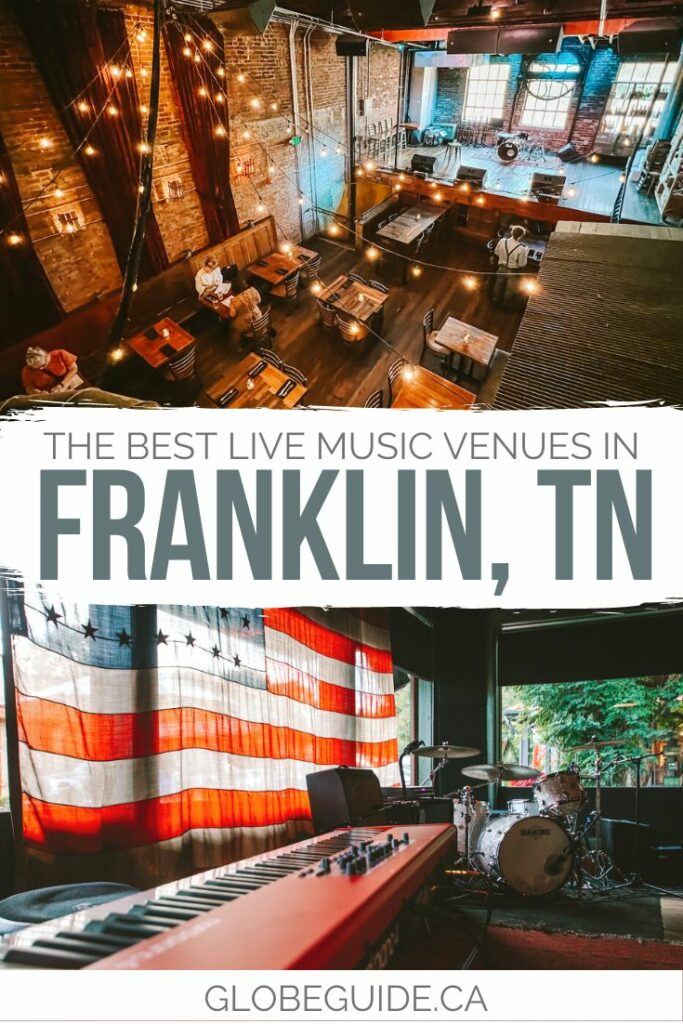