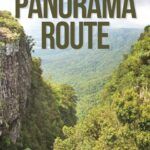 Soaring peaks, gushing waterfalls and dramatic canyons are among the natural wonders found along the South Africa Panorama Route, which is one of the country’s most scenic drives. 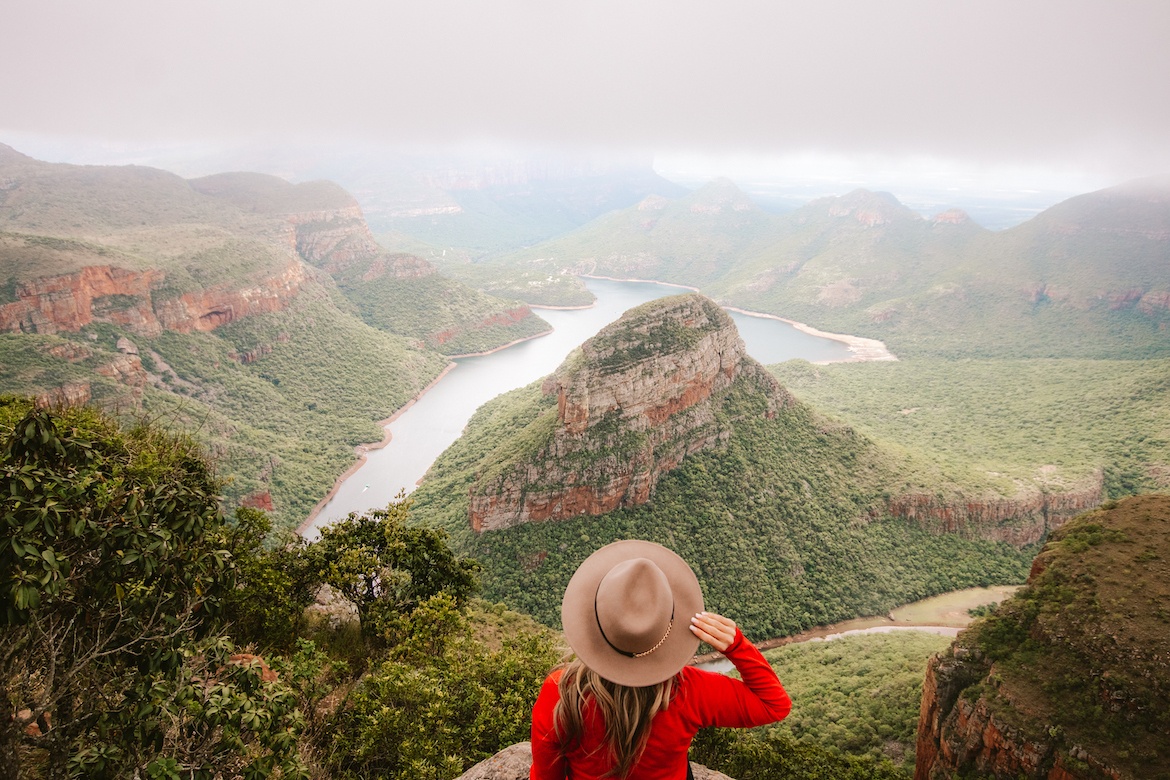 Located in the eastern Mpumalanga province bordering Eswatini and Mozambique, this region is the gateway to Kruger National Park for those traveling from Pretoria and Johannesburg en route to a safari adventure.

Flights between Johannseburg and Kruger typically cost a couple hundred dollars per person, so driving to the park instead can sometimes be more economical–or at the very least, provides an opportunity to see more of South Africa’s stunning scenery. 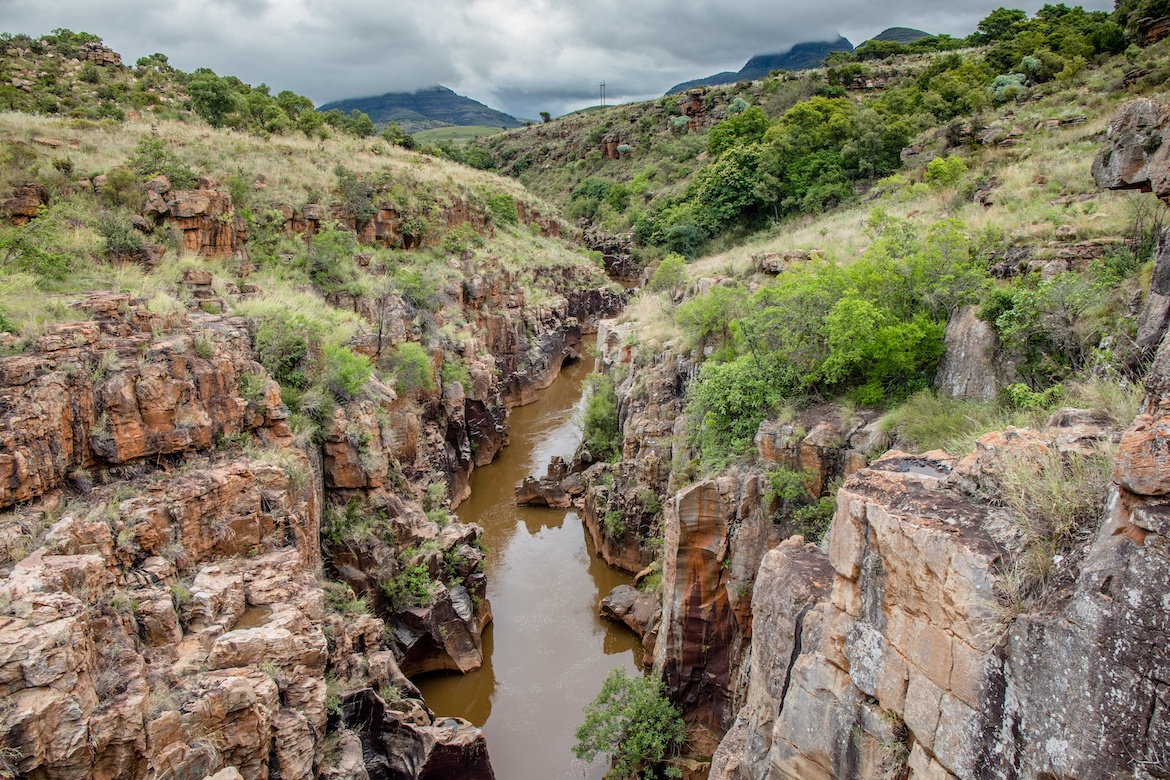 The total drive time from JoBurg is about 10 hours, with most people making Hazyview, Graskrop or Hoedspruit their final destination since each town is on Kruger’s doorstep.

While the entire drive plus spending time at the main highlights can be done in a single day, it’s worth breaking up a Panorama Route tour into at least a couple of days to allow more time for hikes and boat rides. 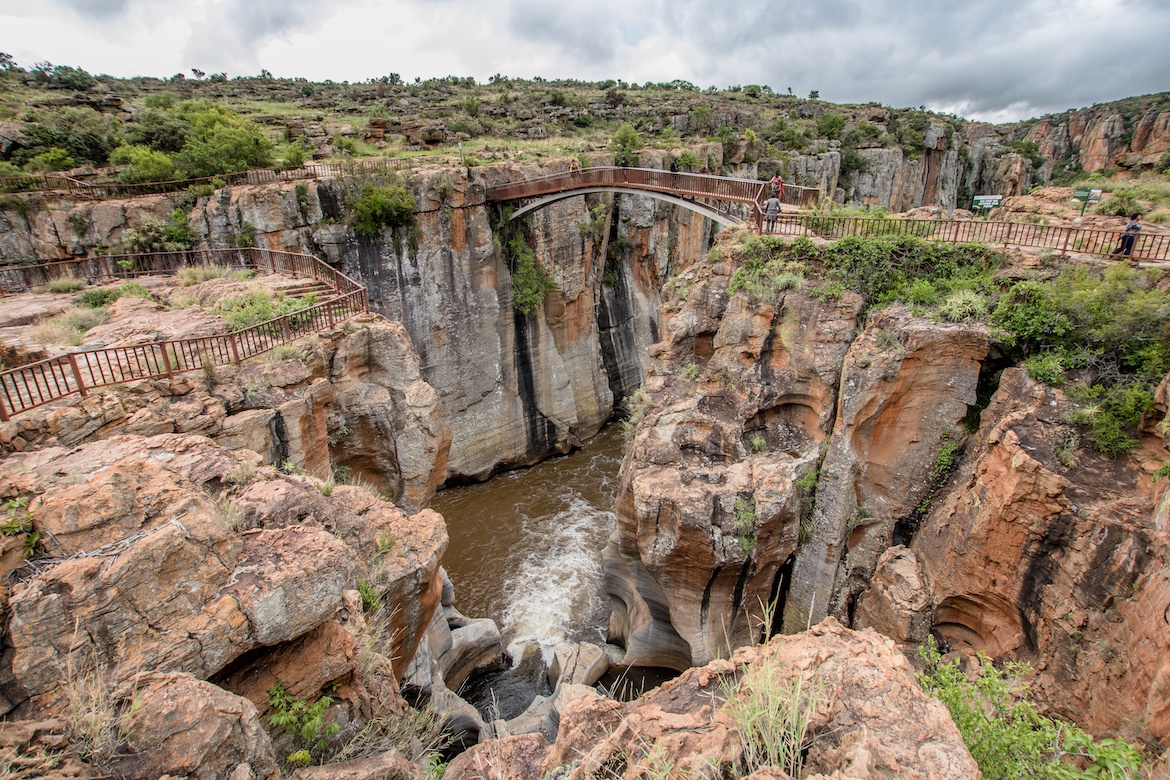 The Blyde River Canyon has bragging rights as the world’s largest green canyon, and is also one of the largest canyons on the planet at 25 kilometres long with an average depth of 750 metres. 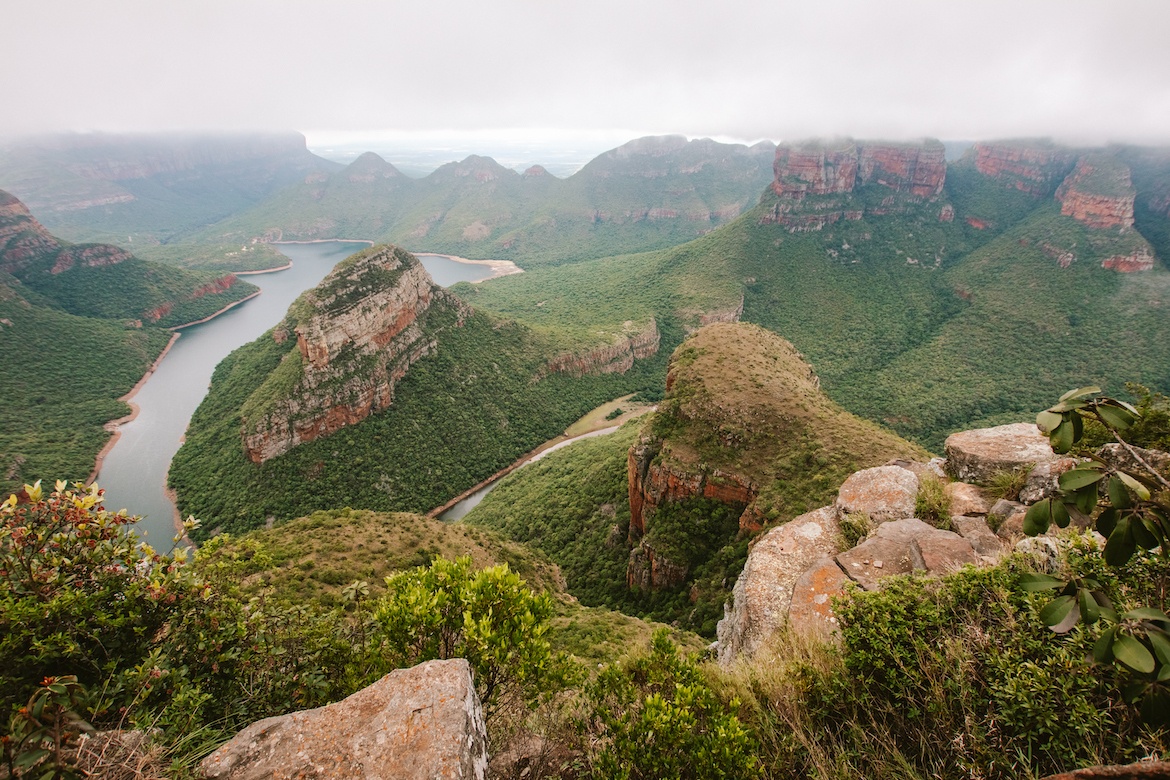 The Blydepoort Dam (also known as the Blyderivierpoort Dam) was built in 1975 at the confluence of the Ohrigstad and Blyde rivers, and today there’s an interpretive centre and boat trips which depart from the Hoedspruit area.

A prime spot for wildlife spotting and birding, the dam is home to the likes of crocodiles, hippos, primates, antelope which can be seen by booking a Blyde River Canyon boat cruise:

One of the most awe-inspiring spots on the Panorama Route is the Three Rondavels lookout, which features a trio of cylindrical mountain peaks and a birds-eye view straight down into the canyon. 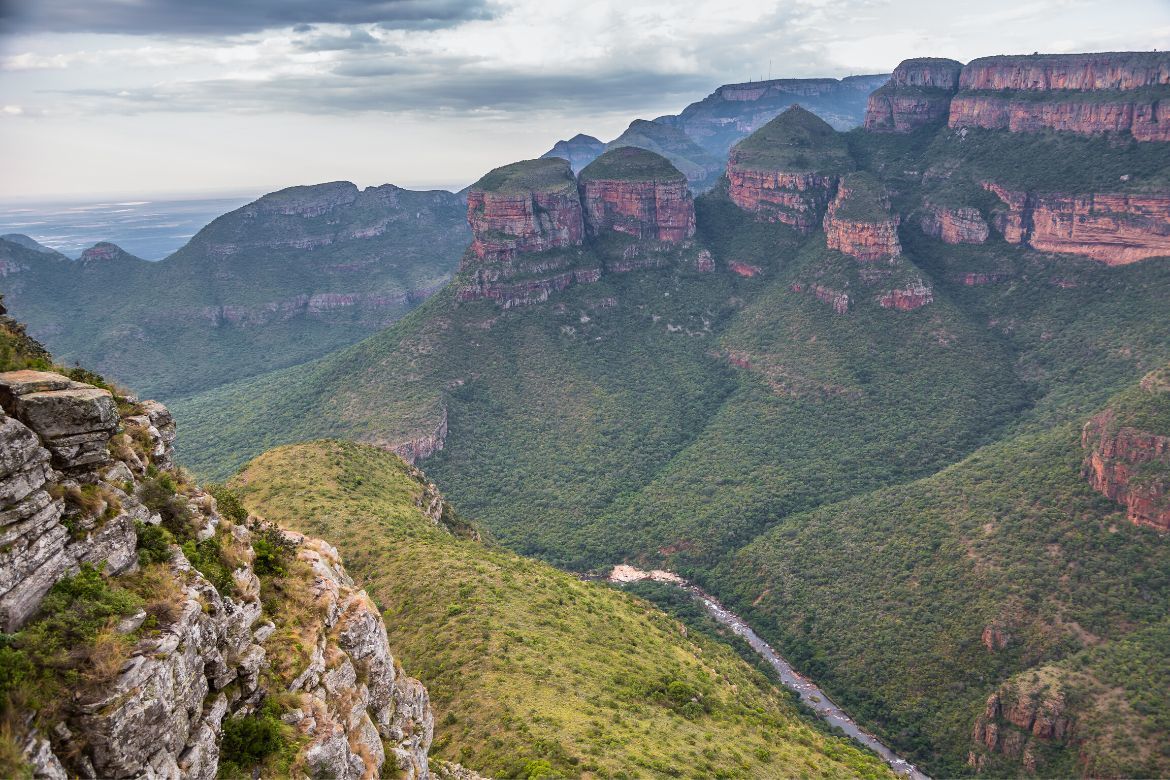 This breathtaking viewpoint is often shrouded in mist, so those lucky enough to visit during a clear moment will see the northern edges of the Drakensberg mountain range of mountains and the serene Blyde River winding through the canyon. 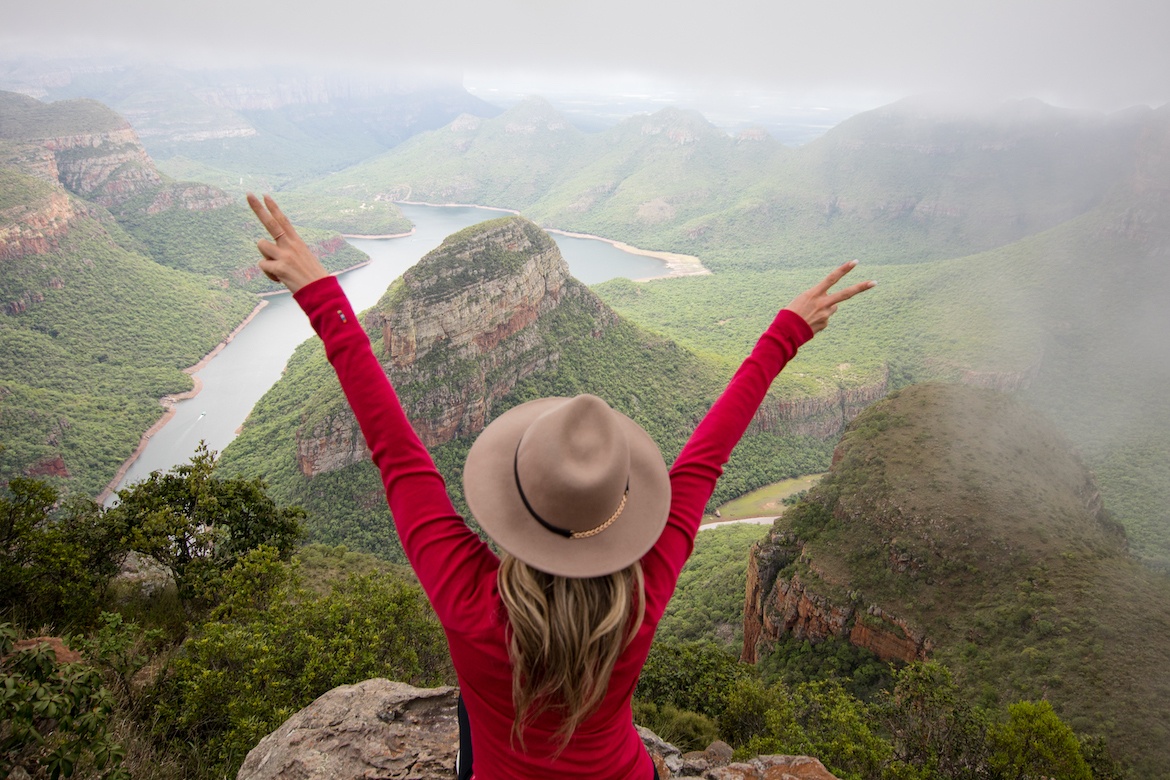 That fog played an important part in the history of the Blyde River Canyon; during the Battle of Moholoholo, Mapulana chief Maripe Mashile directed his warriors to climb to the top of Mariepskop mountain and bombard the attacking Swazis with large boulders.

The mist set in, shielding them from the sight of their attacking enemies below, leading to a victory. Because of this, Indigenous Peoples respect the mountain as a holy site.

The Three Rondavels are named after Mashile’s wives Magabolle, Mogoladikwe and Maseroto, and were formed by the slow erosion of soft stone which revealed the quartzite and shale beneath. 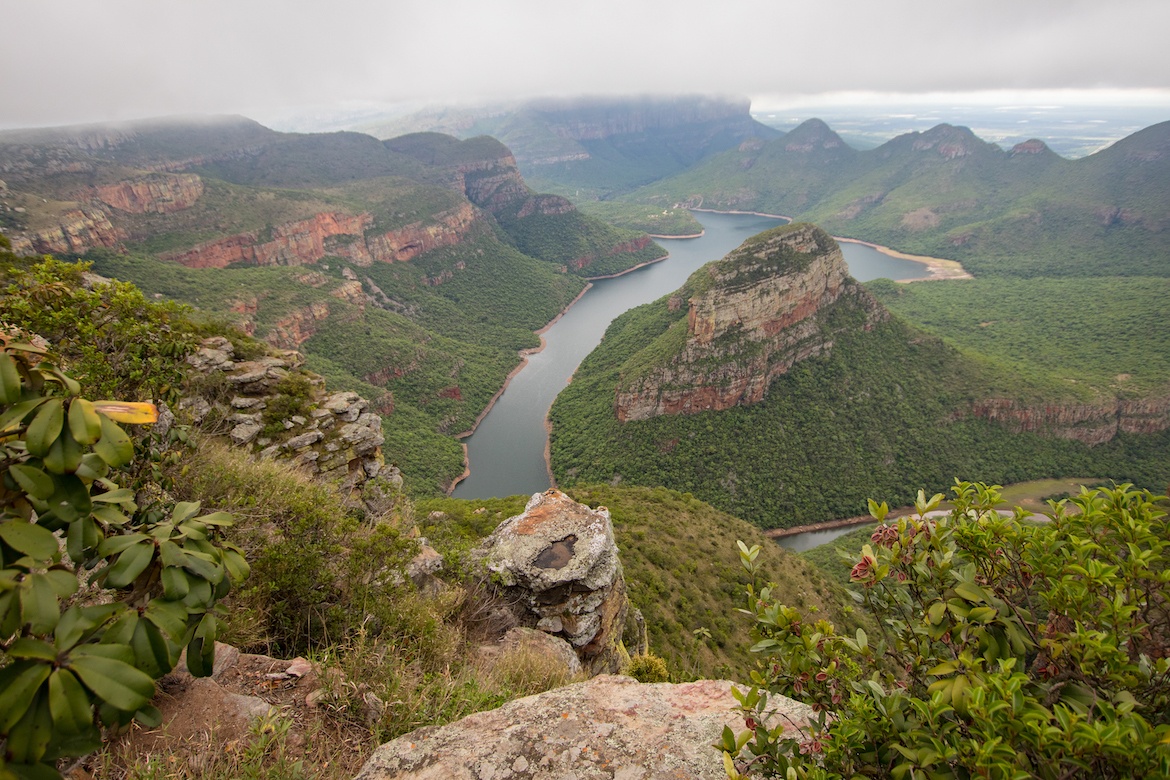 There’s no shortage of lookout points, though some sections don’t have railings so take care near the rocky outcrops. Interpretive signs along the trail explain more about the area’s history, and there are also washrooms and souvenir stands on-site. 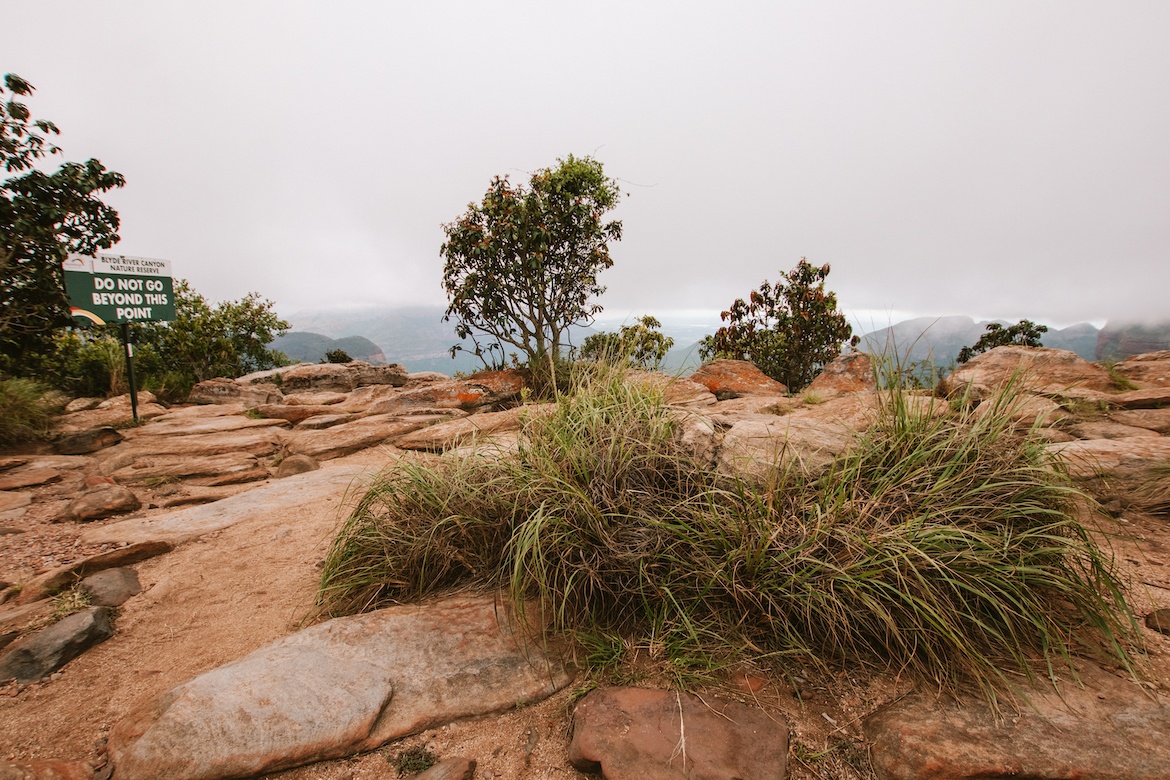 This geological wonder is one of the most spectacular stops on the Panorama Route itinerary, where a deep gorge, tranquil plunge pools, waterfalls and photogenic cylindrical wells await. 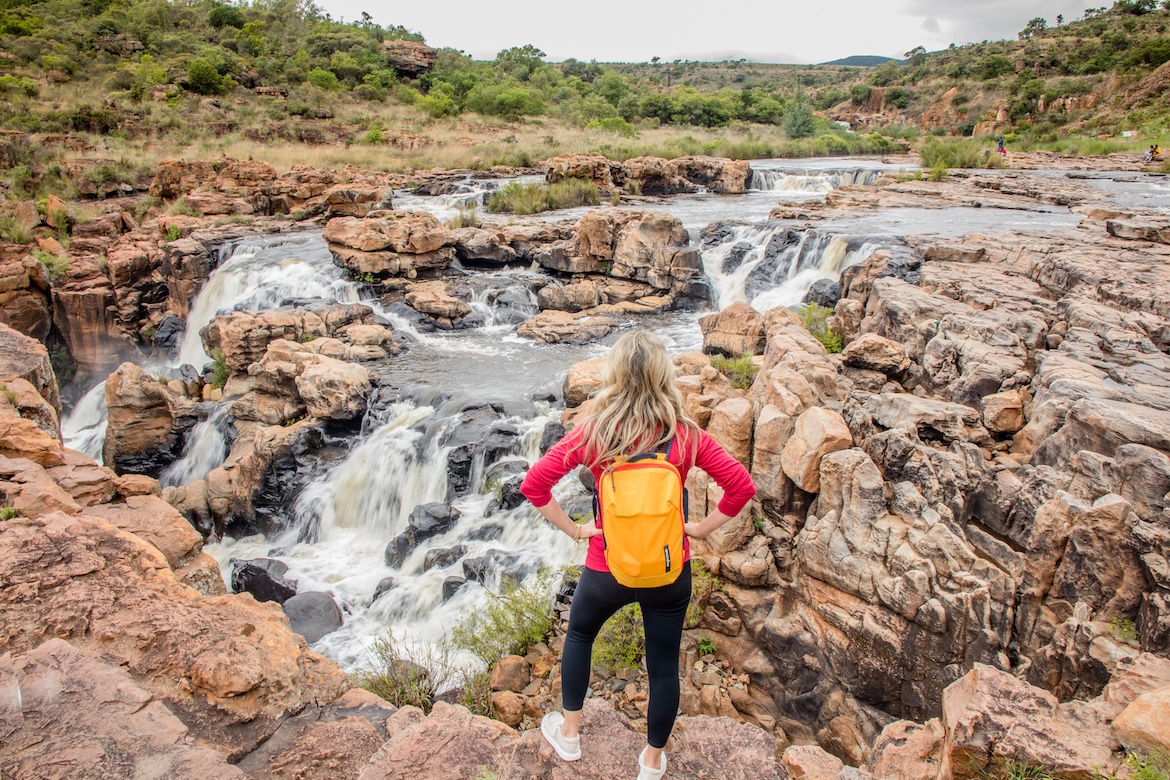 A relatively flat, stone pathway winds down from the trailhead, and it doesn’t take long to reach the first overlook down into the canyon walls. Two bridges arch dramatically over the water, giving a birds-eye view straight down at the swirling waters at the confluence of the Treur and Blyde rivers. 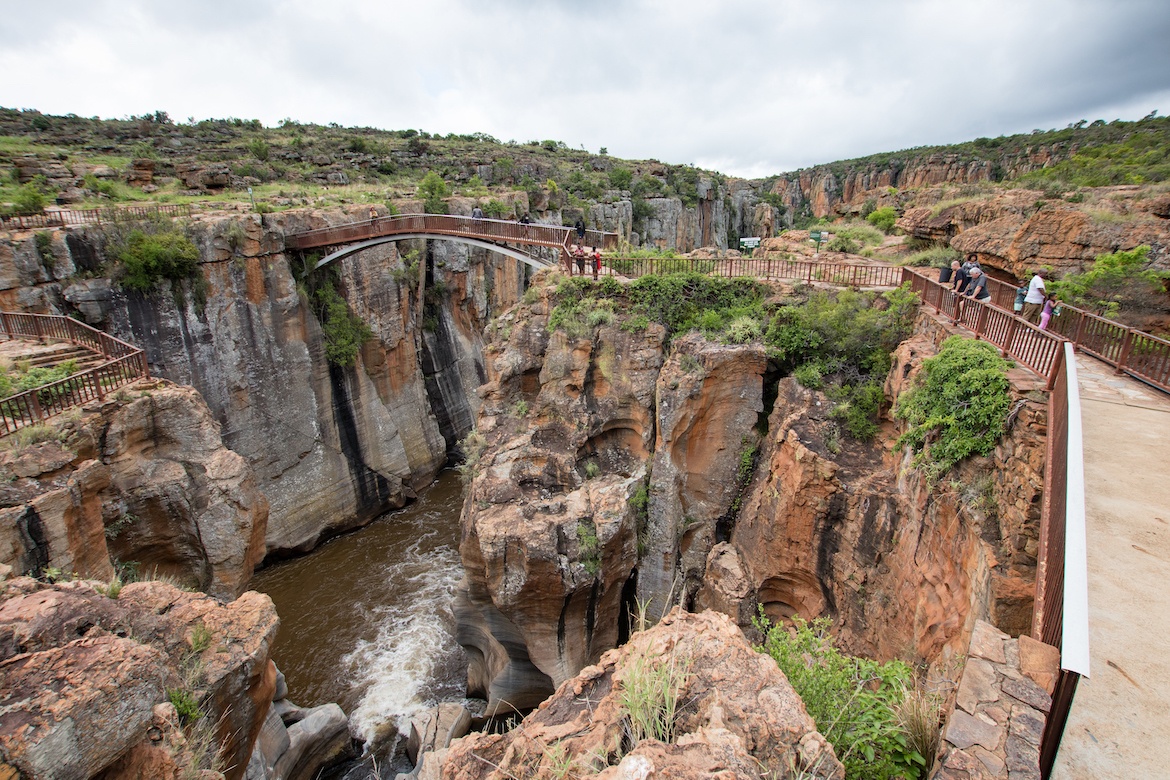 Those swirling eddies are what carved the unique shapes into the sandstone bedrock, the result being a tapestry of rock tubes, pools and multi-coloured soil. 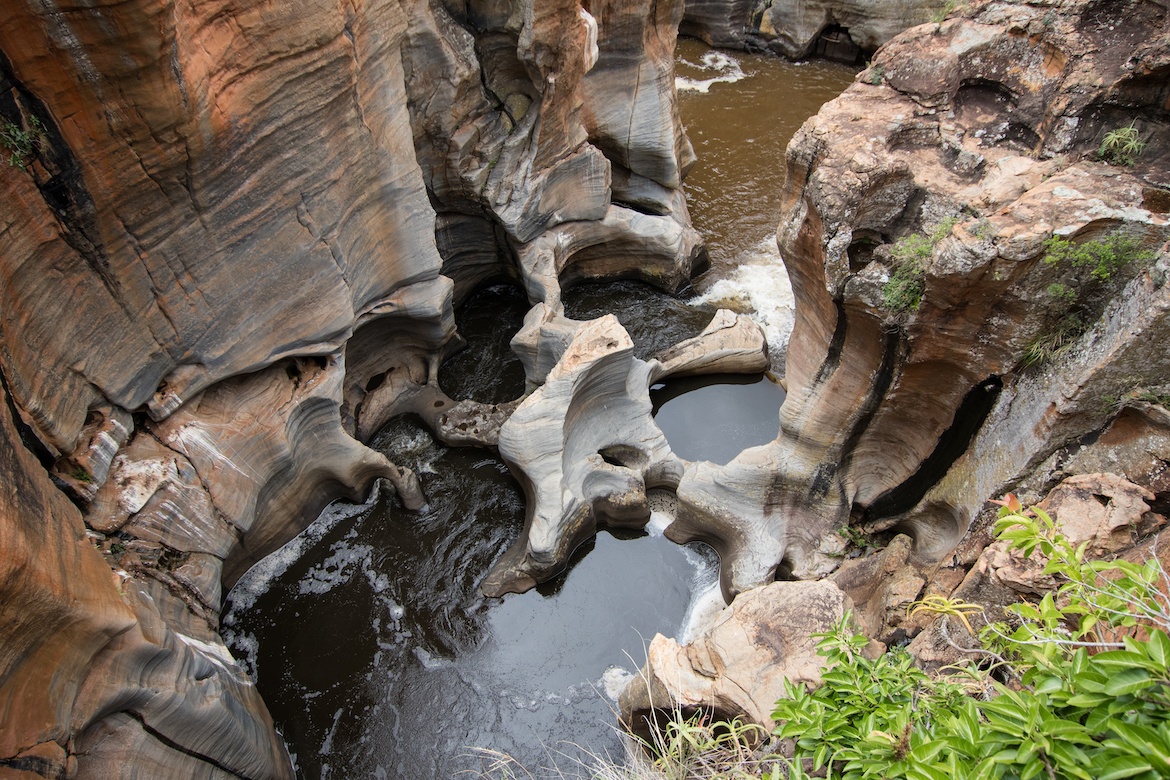 A trail that continues past the potholes, which is part of the Blyde River Canyon Hiking Trail which takes about three to five days to complete. 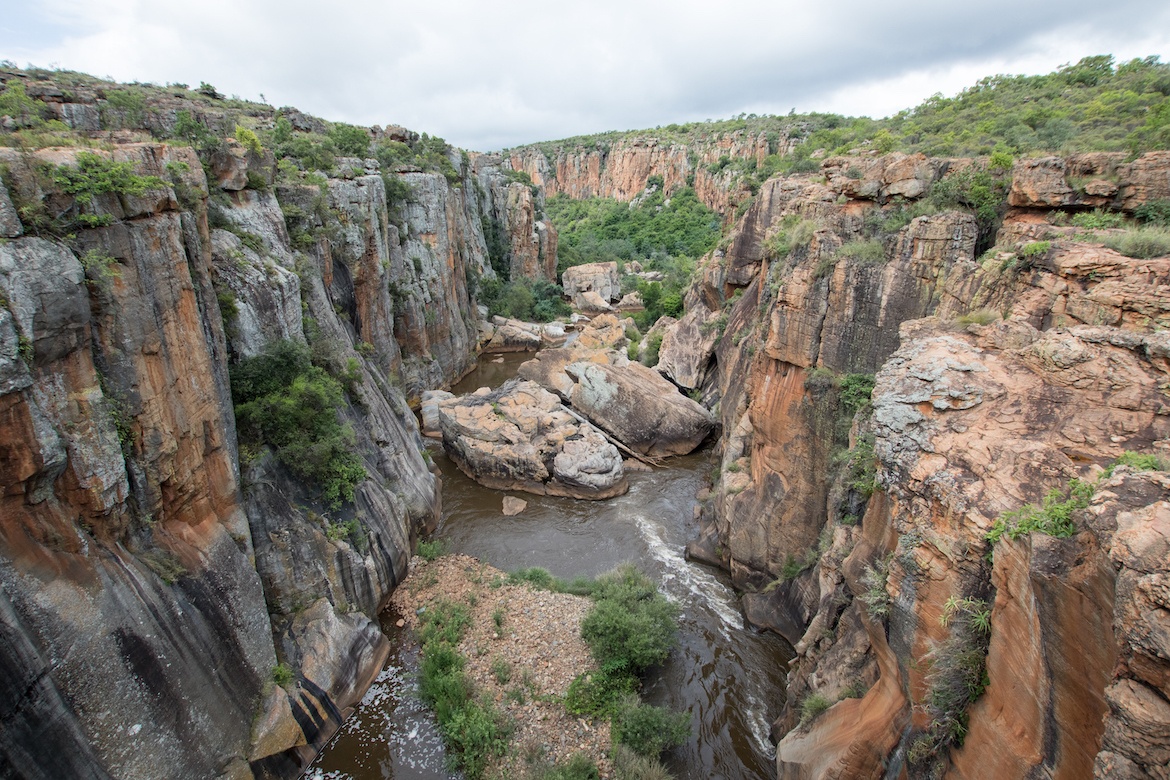 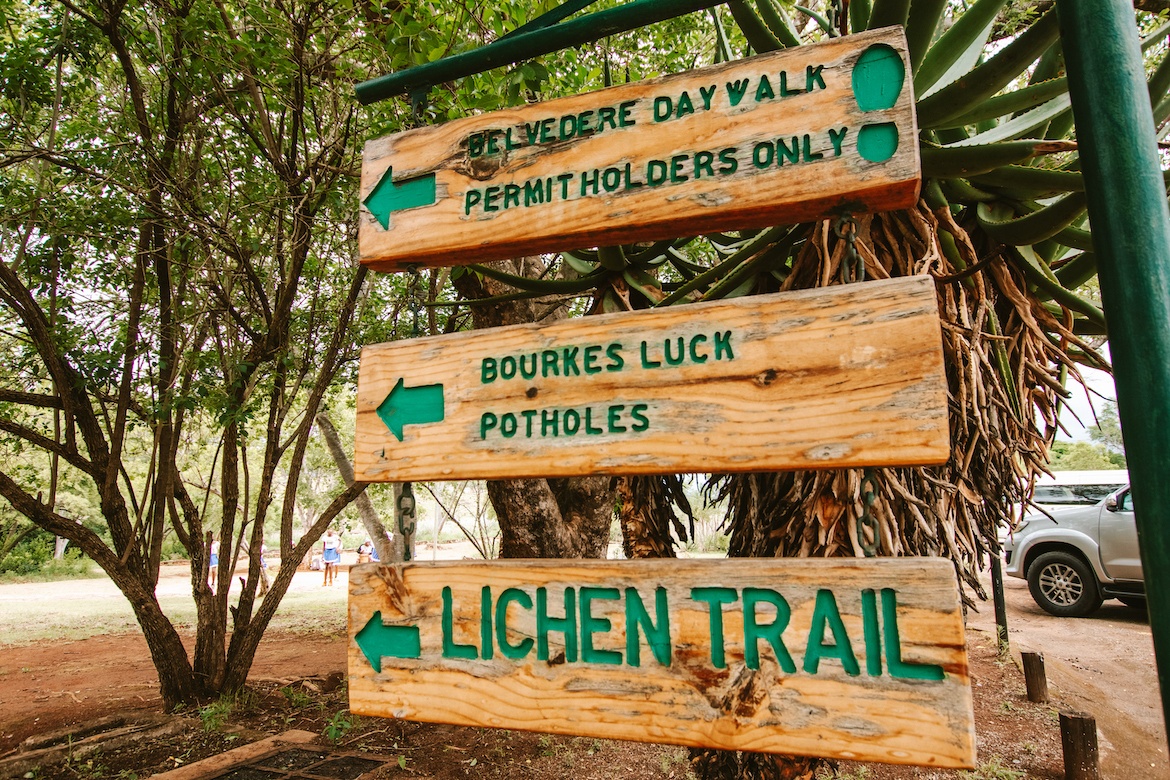 There’s also a day use area with picnic tables, washrooms, a small museum and souvenir stalls at the entrance. 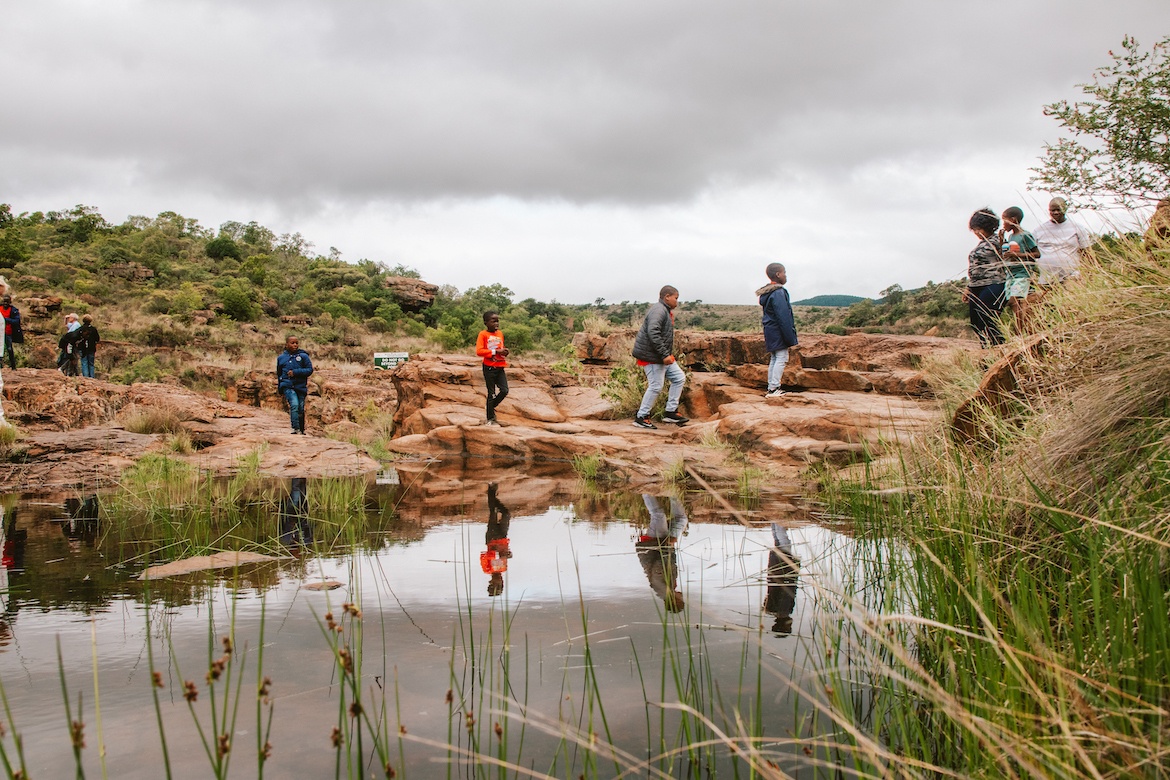 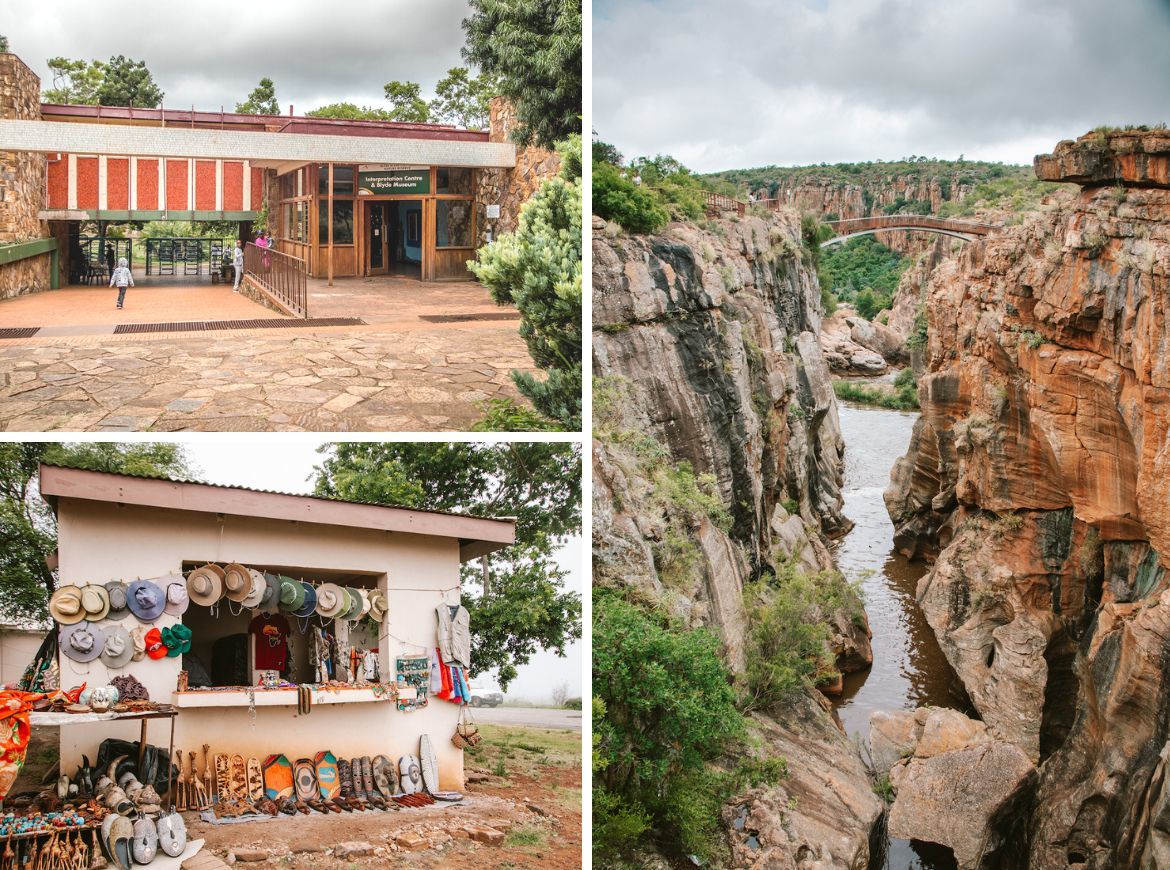 This spot is also notoriously foggy, so pray that Mother Nature is on your site if you want to marvel at the panoramic views of the Lowveld and cliffs that plunge more than 900 metres down into the ravine. 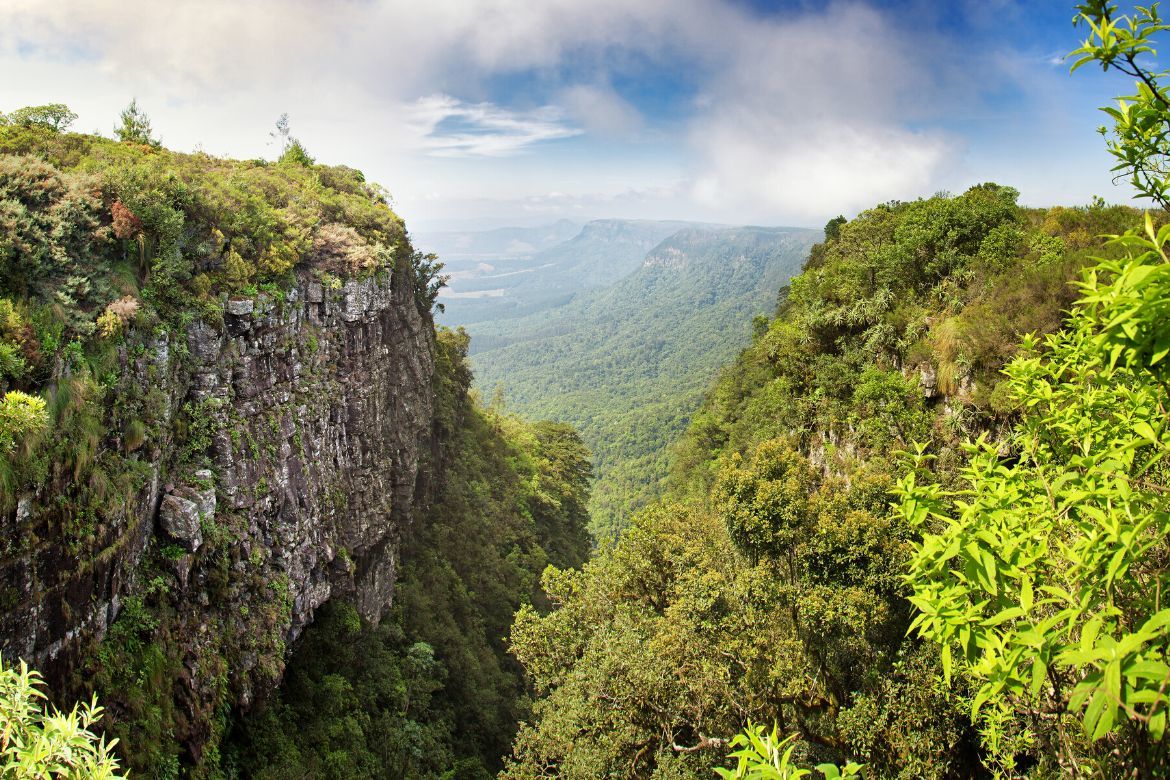 This spot got its name thanks to its supposed resemblance to God’s view of the Garden of Eden, and on a clear day it’s possible to see all the way to Mozambique. 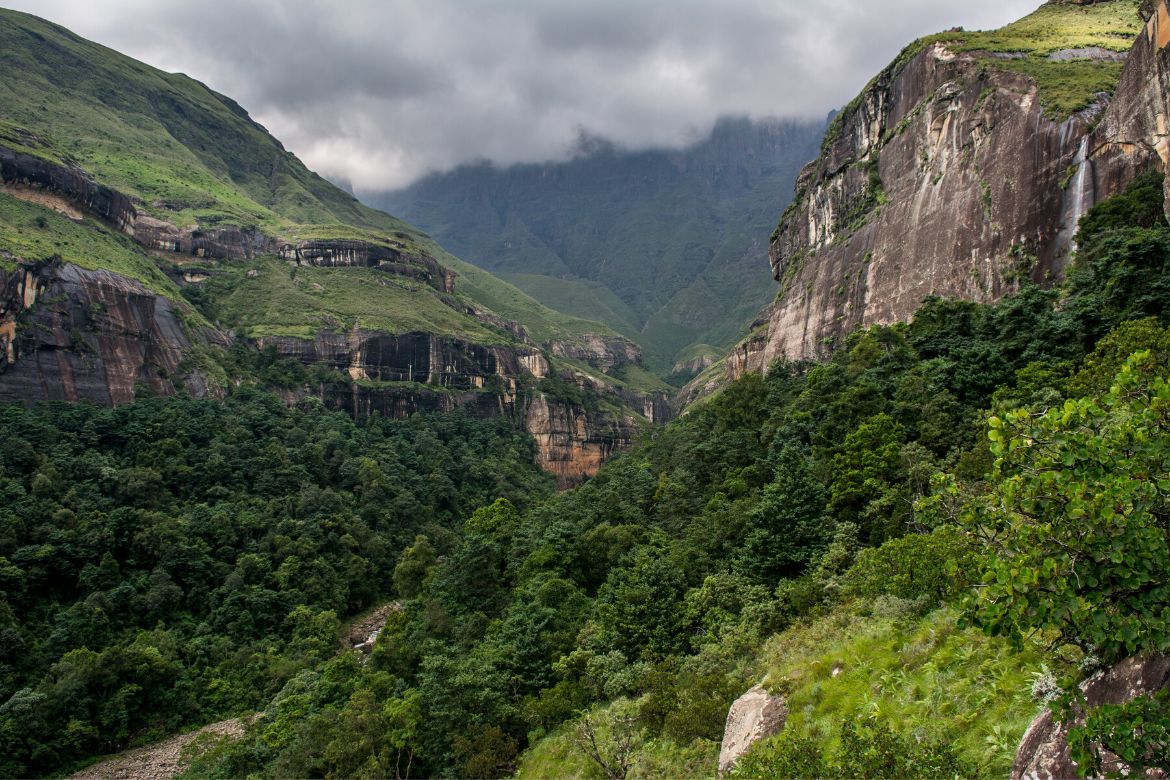 Nearly a dozen impressive falls are found along the Panorama route, with the crown jewel being 90-metre high Lisbon Falls. Pull over at Mac Mac Falls to take a look at the 70-metre drop from a viewing platform, or head over to Berlin Falls where water cascades into an azure pool. 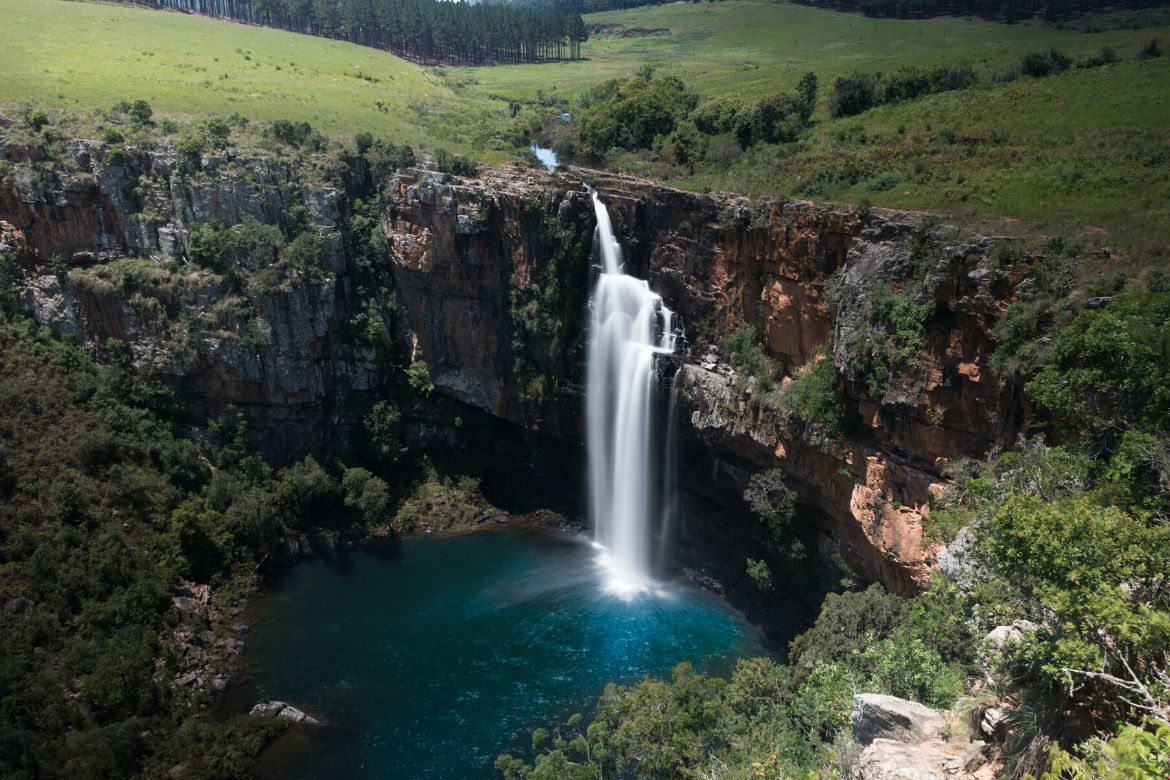 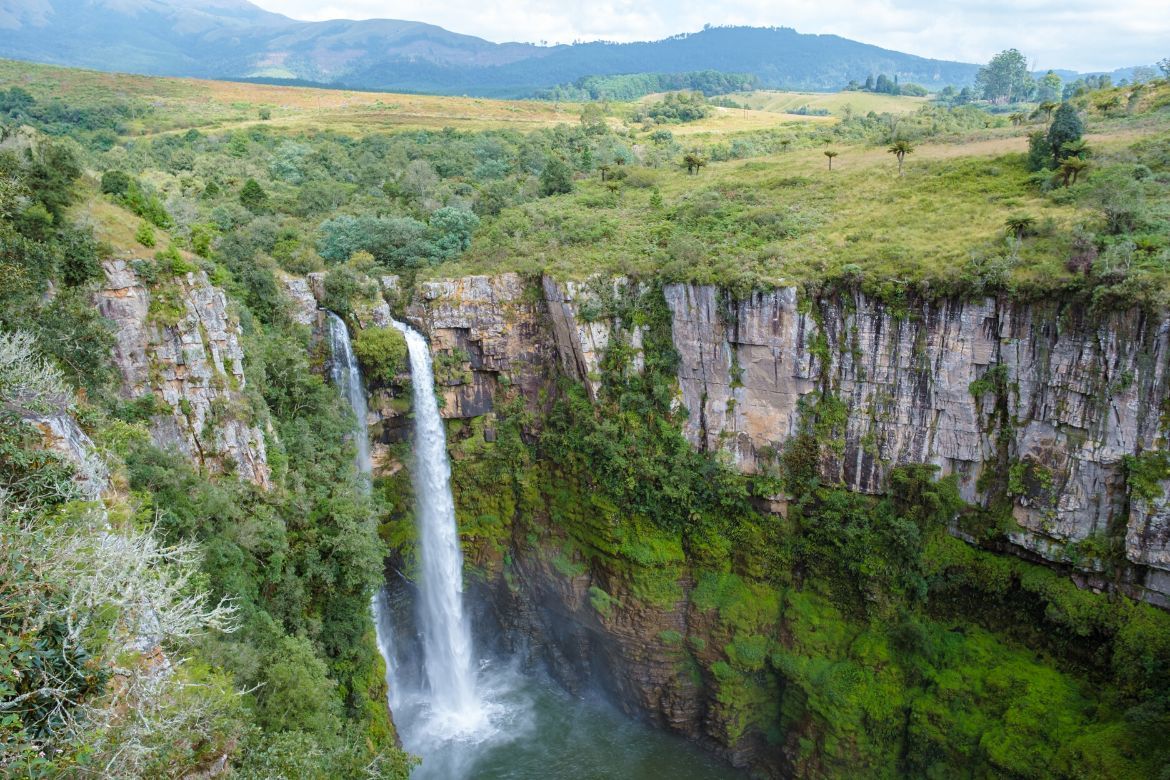 The roads along the Panorama Route are paved (aside from some pesky potholes) and well-marked, which makes it possible to do as a self-drive adventure. However, there are also lots of options available for those interested in a guided tour instead, with most one-day excursions departing from Hazyview and Nelspruit.

There are also some great multi-day options that combine the Panorama Route with game drives in Kruger National Park:

Hazyview, Graskrop and Hoedspruit are all great bases for exploring the Panorama Route, and each town has lots of accommodation and dining options as well as tour operators offering excursions into the Blyde Canyon and Kruger National Park. Some top rated picks include: 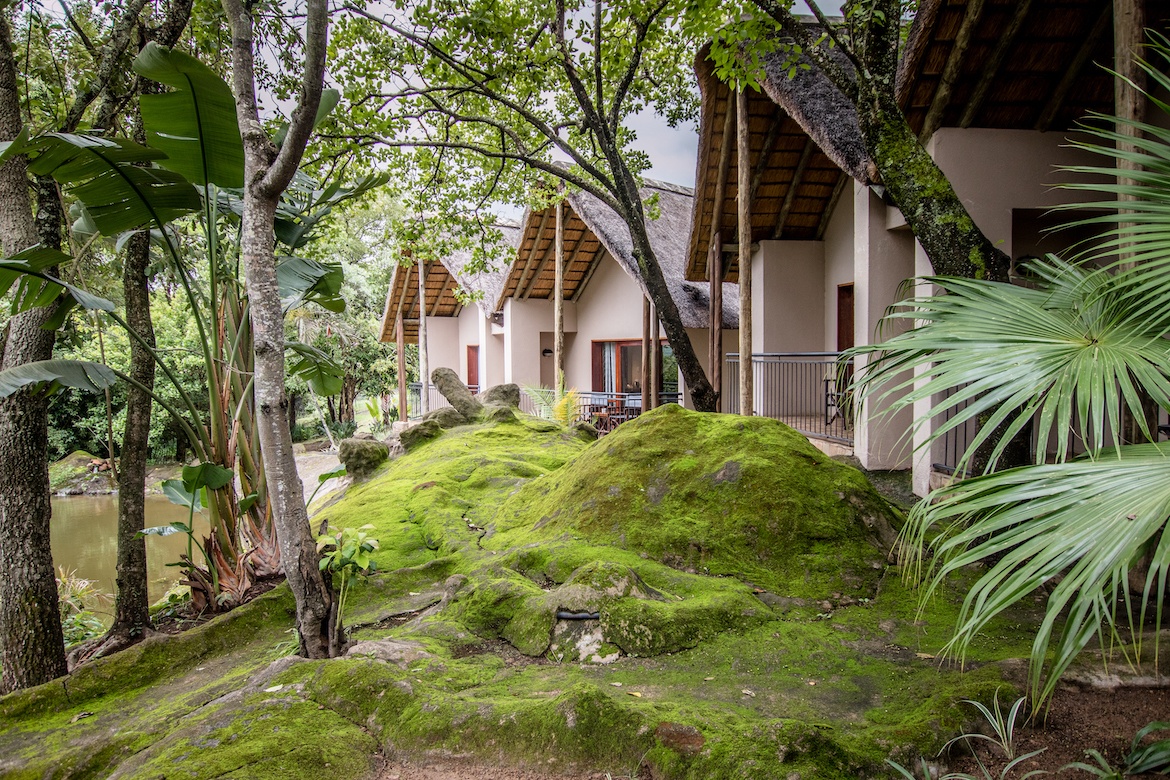 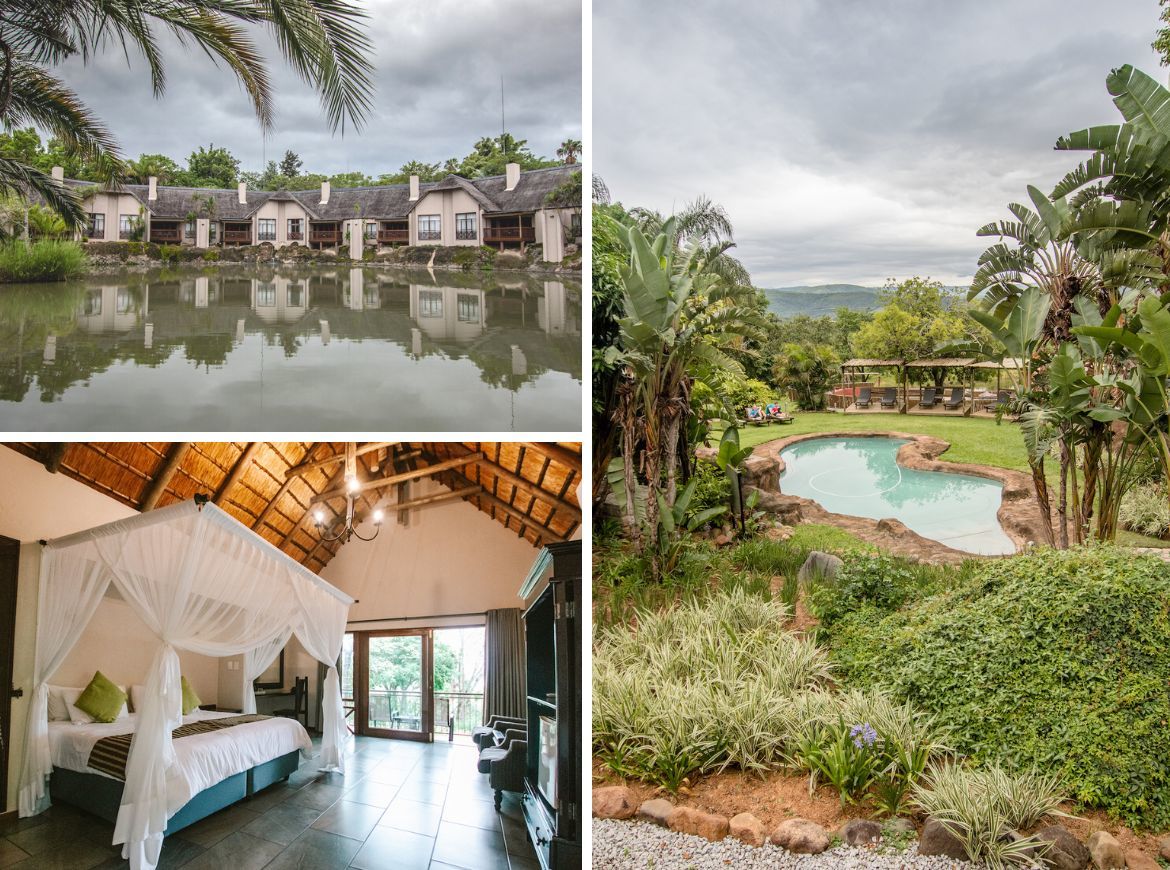 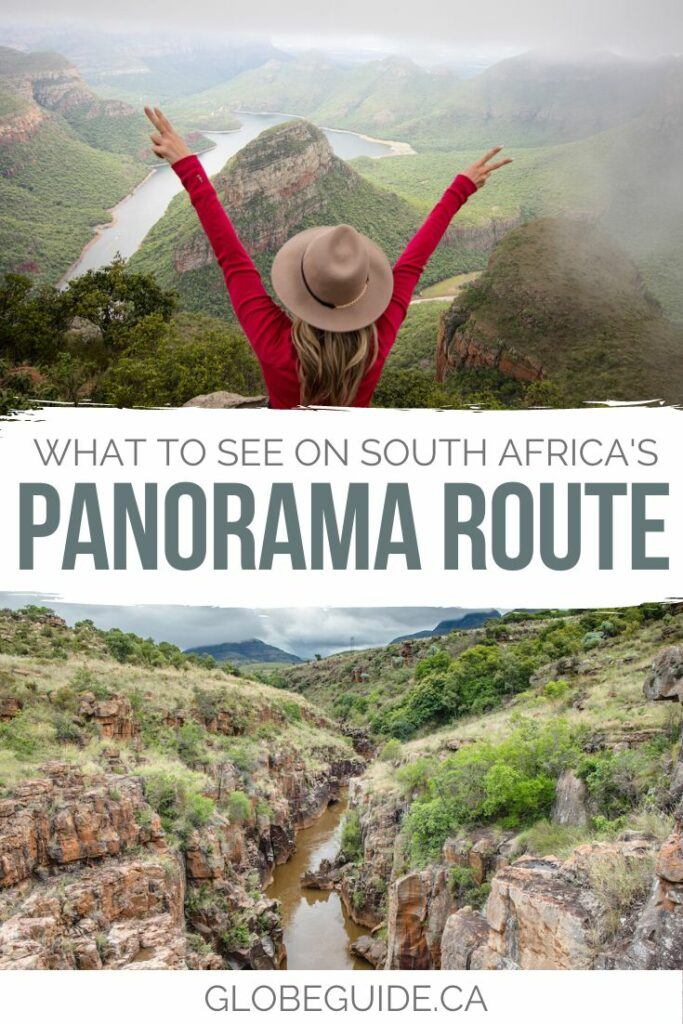 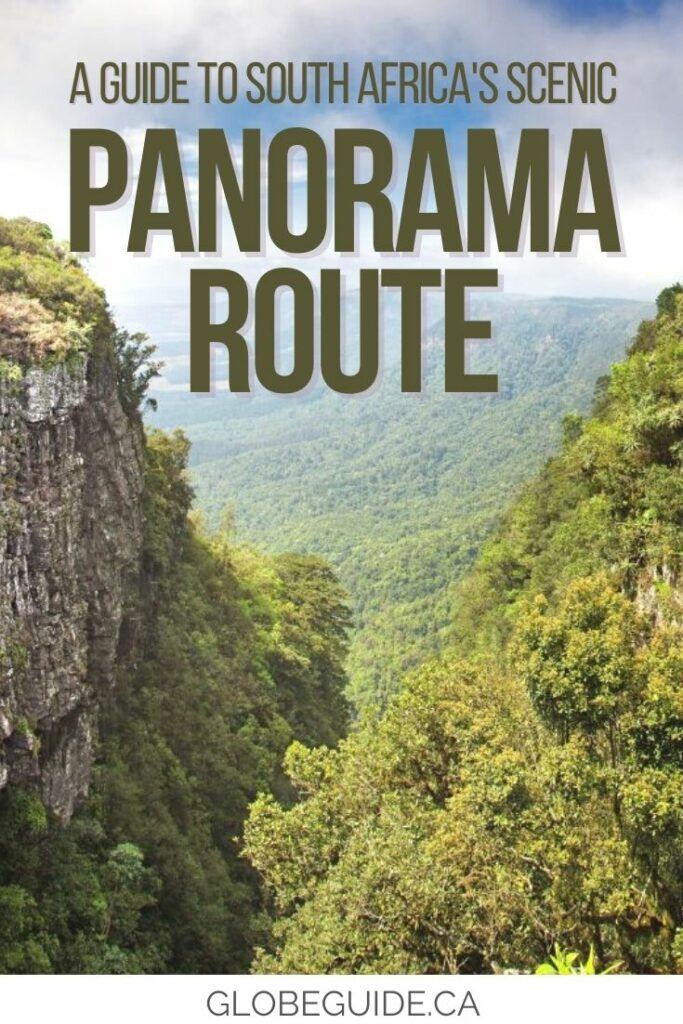 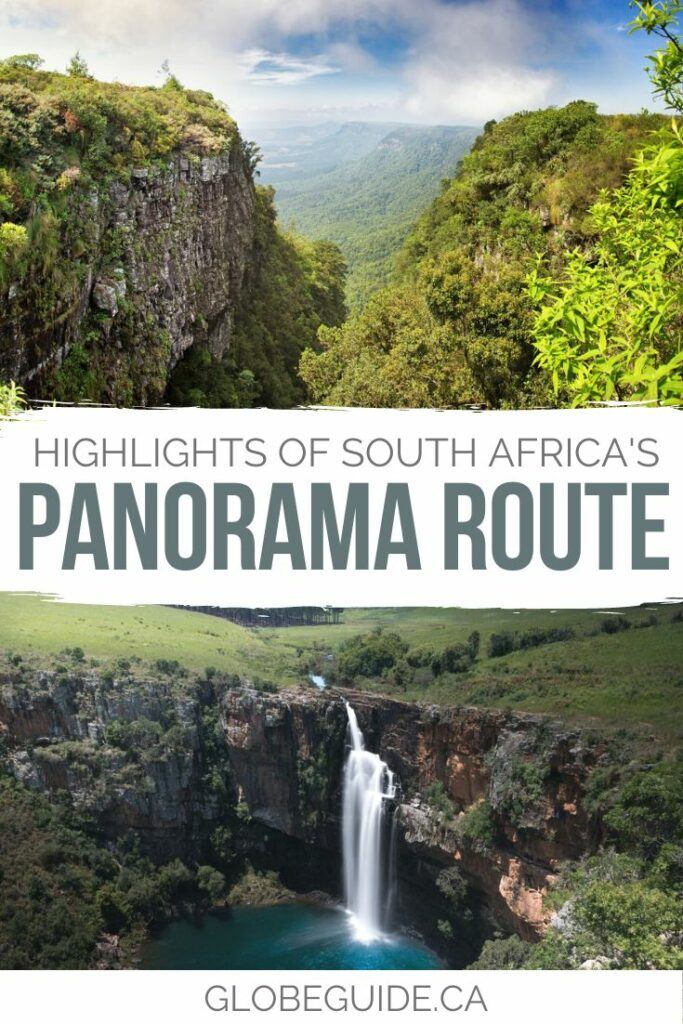