What you need to see in Nuremberg, Germany

Being a city that dates back nearly 1,000 years, it’s no surprise that Nuremberg, Germany has a storied past. However, its place in the history books comes with some dark undertones, ones that the entire country is still trying to distance itself from: its ties to the Nazis. 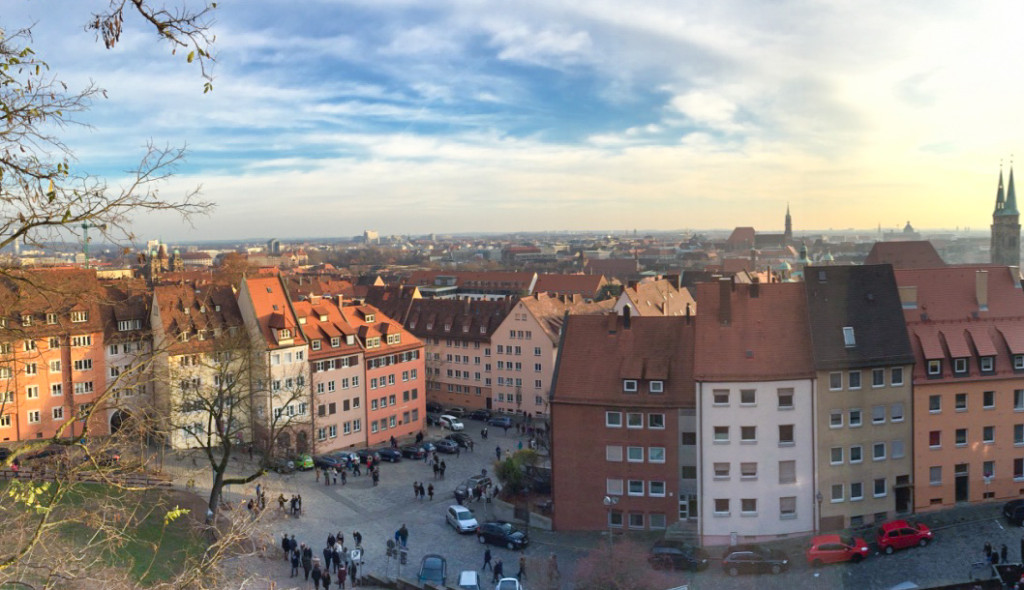 Adolf Hitler saw Nuremberg (Nürnberg) as the most German of all German cities, thus choosing it as the de facto headquarters of the Nazi party during their terrifying reign. It played host to Nazi rallies, which saw hundreds of thousands of people pour into the city to listen to Hitler spew his doctrine in massive, custom built outdoor arenas. 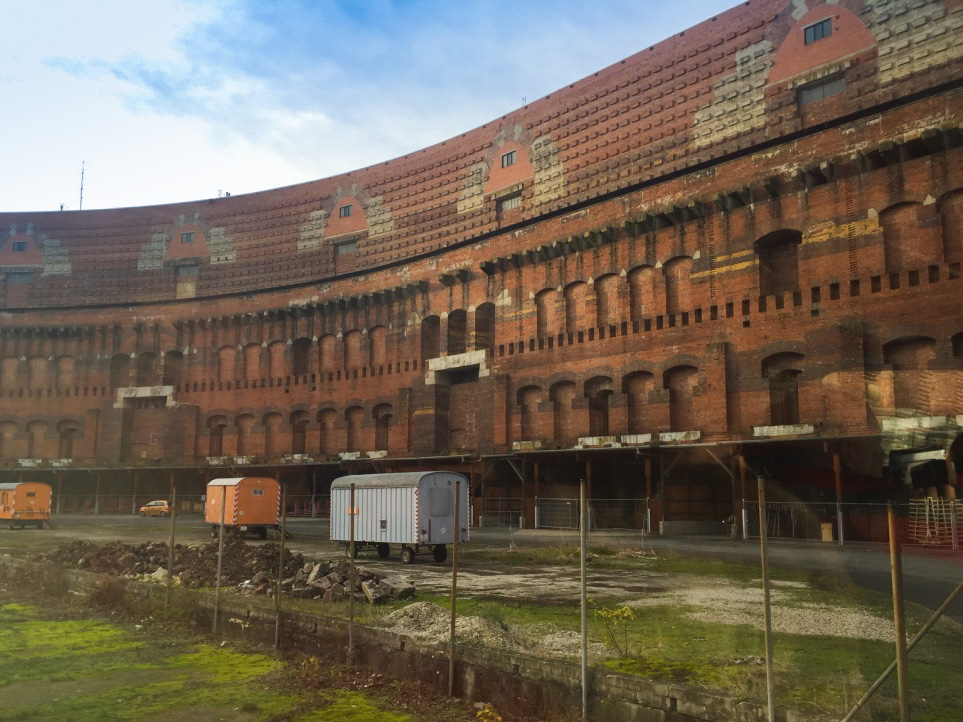 Today those same spots lie in ruin, as local officials try to decide if they should spend millions of dollars to maintain them, or use that taxpayer money for a more noble cause.

There’s no question Nuremberg’s history is also the reason many tourists visit the city, to see first-hand where the propaganda that changed the world forever started. It’s also worth noting that many of the city’s main buildings were flattened in 1945 by Allied bombers, meaning much of what people see today has been completely reconstructed.

While there’s no denying the sombre tone of many of the city’s landmarks, it’s still a wonderful place to visit as a day trip to see the half-timbered homes, cute cobblestone laneways and spectacular viewpoints. Here’s what travellers should see in Nuremberg. 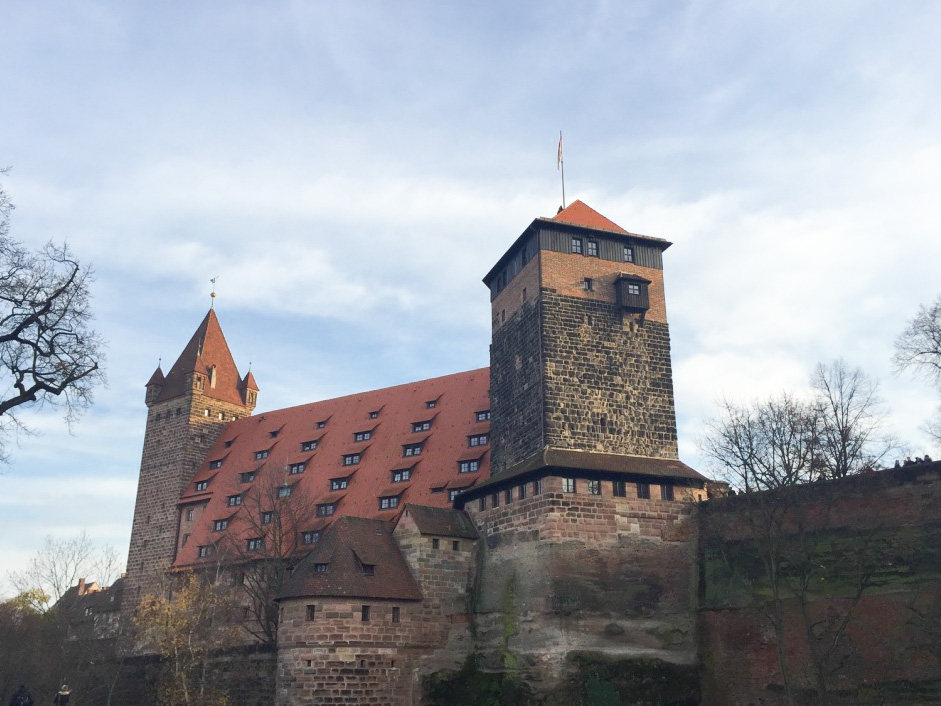 One of the first stops on any itinerary should be the Imperial Castle of Nuremberg, which is perched high on a hill, fortified by the 13th century walls and defensive towers that surround the Old Town (Alstadt). The medieval castle comes complete with a moat (as you do), and visitors can wander along the fortress’ winding stone pathways, which link spots like the well house and museum. 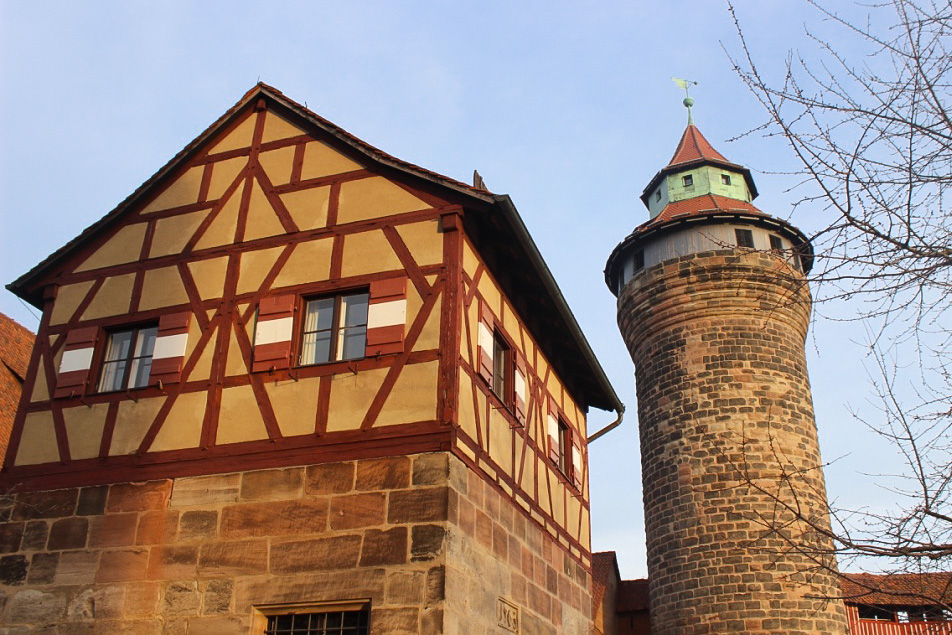 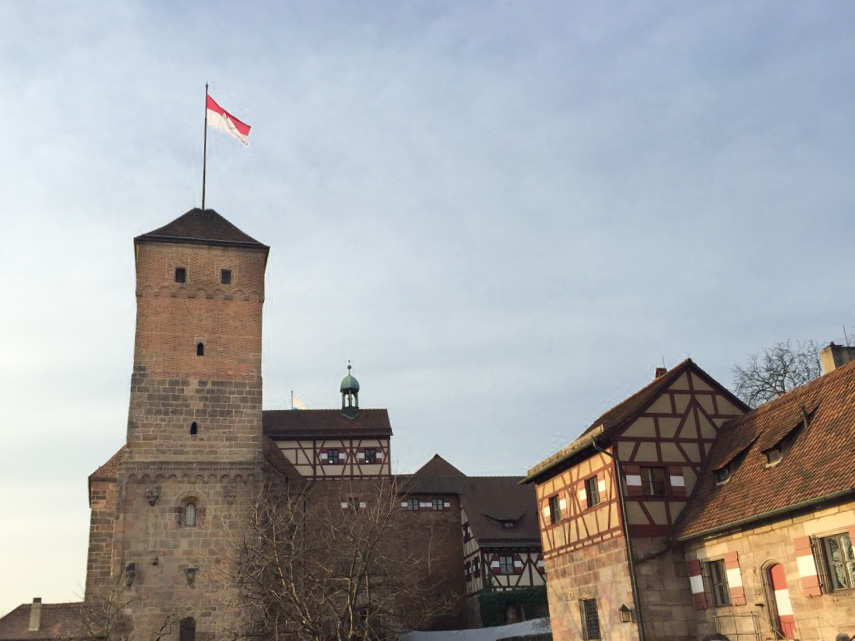 The castle is also where to find best view in the entire city, and throngs of tourists jockey for position along the walls to catch a mesmerizing glimpse of Nuremberg spread out below.

Just down the hill from the castle is Tanners’ Lane, home to those charming half-timbered buildings. The historical homes used to house the city’s wealthiest residents, but today serve as cafes, restaurants, boutiques and bars. Don’t miss the Tiergärtnerplatz, an enchanting square that features a steepled tower, well and bronze statue. 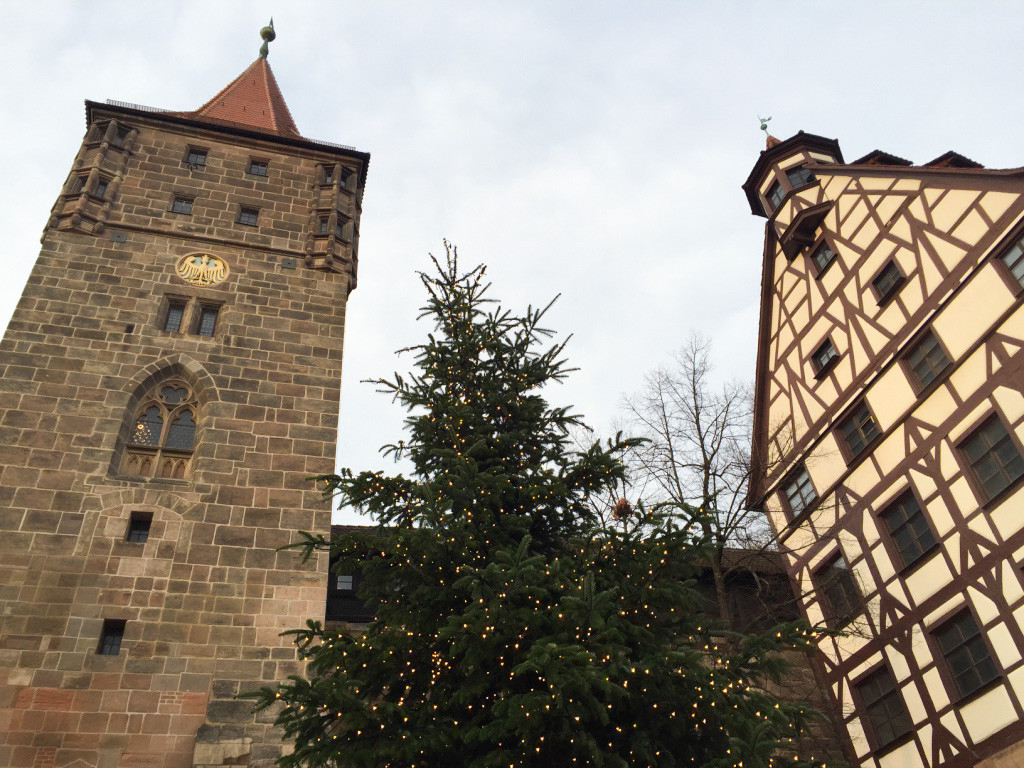 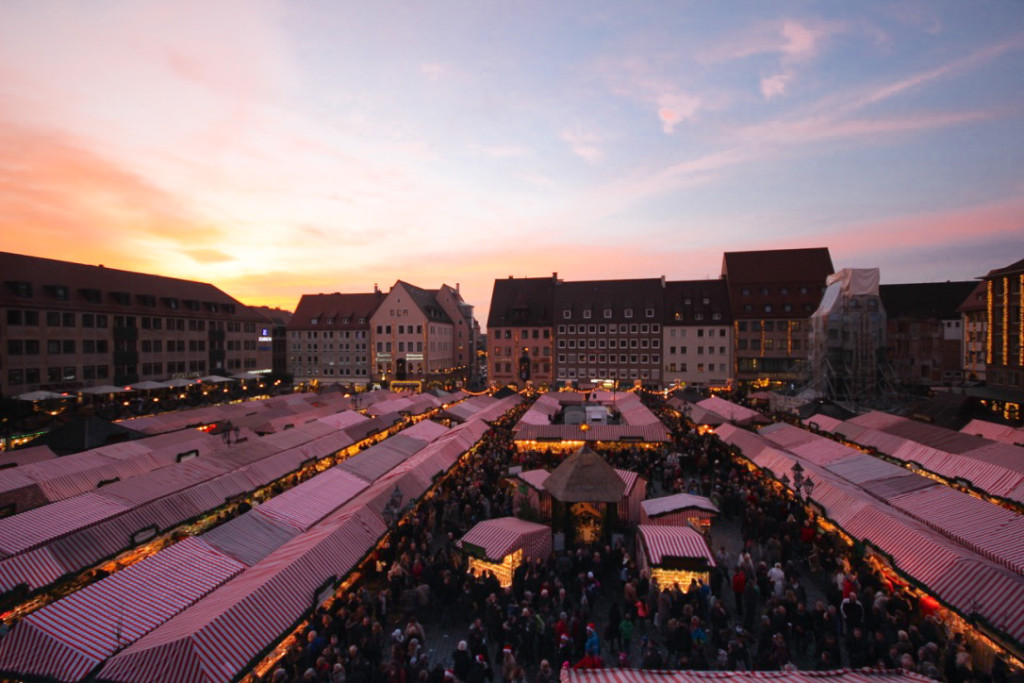 Continuing the tour of the Old Town, a short walk from Tiergärtnerplatz brings visitors to the city’s main square, Nürnberg Hauptmarkt. The plaza is anchored by the beautiful Church of Our Lady (Frauenkirche) which is a shining example of brick gothic architecture, as well as Schöne Brunnen, a 19 metre high fountain that is said to bring good luck.

Most of the year the square hosts a market, but its real claim to fame is that it serves as a stage for the annual Nuremberg Christkindlesmarkt, which is the oldest and most famous in all of Europe. Nowhere else will you find such a dizzying array of handicrafts, sizzling bratwurst, tasty gingerbread (lebkuchen) and steaming gluhwein, to be enjoyed while listening to carollers or a band on the main stage. It’s an incredible atmosphere, and even Mr. Ebenezer Scrooge would get into the festive spirit here!

Top tip: Head into the Frauenkirche and head up to the balcony for an amazing view of the market below. It costs a few euros, but is totally worth it. 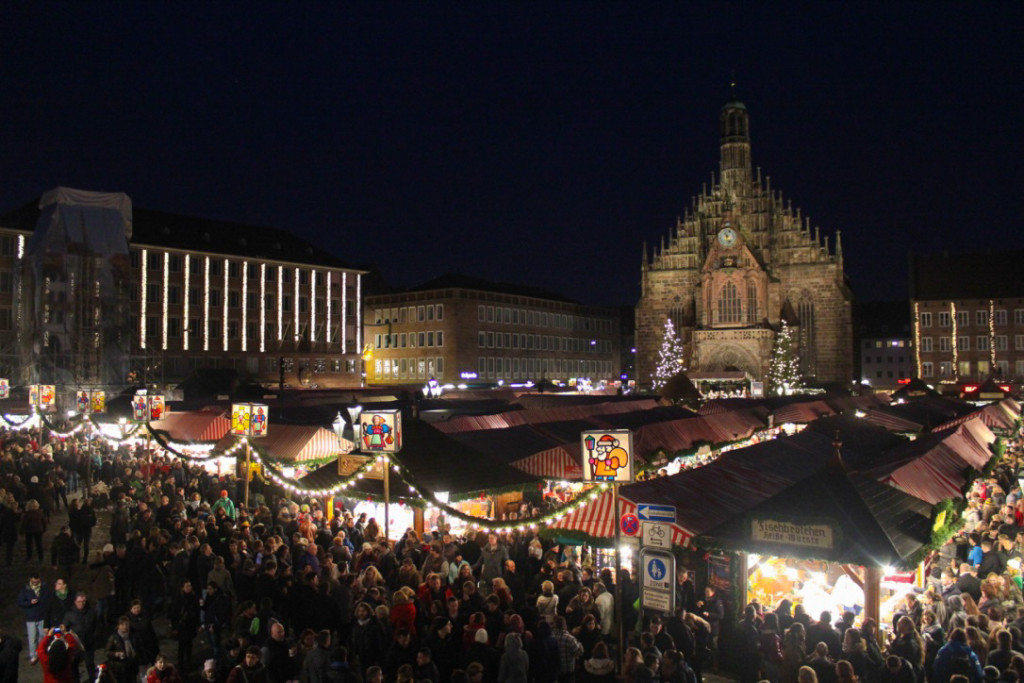 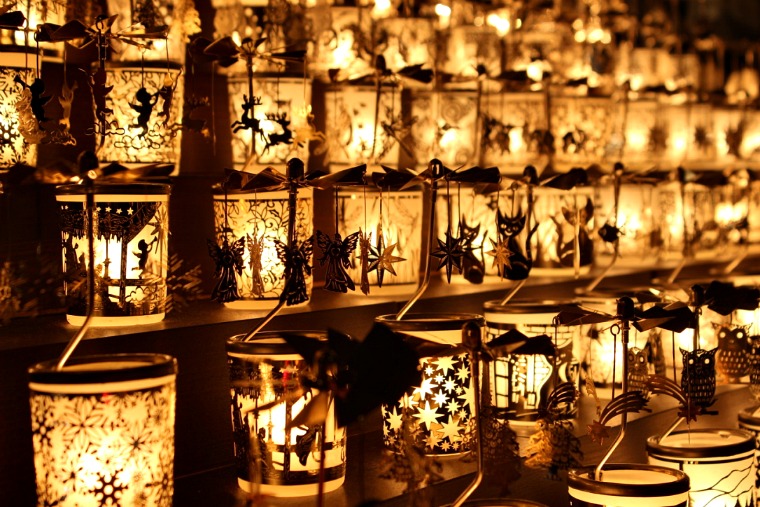 Usually cemeteries are avoided, but good luck staying away from St. John’s Cemetery. Found just outside the city walls, Johannisfriedhof Nürnberg mit Johanniskirche is without a doubt one of the prettiest burial grounds you’ll ever see. Graves are marked with baskets overflowing with bright blooms and foliage, making it look more like a well-maintained garden than a final resting place. 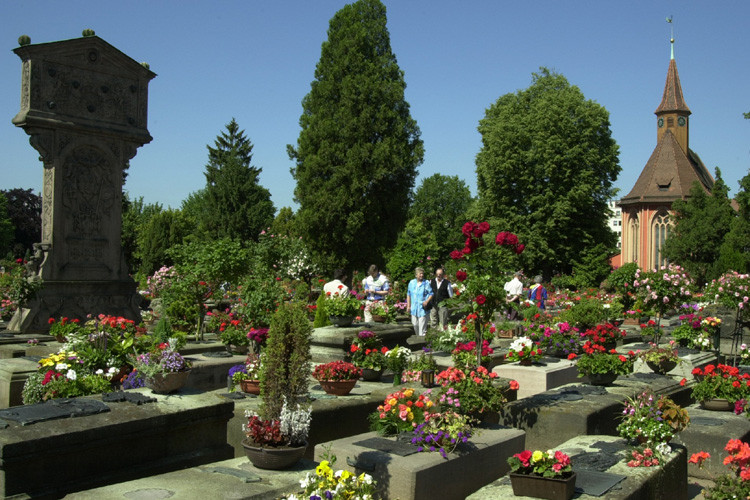 The more sobering spots in Nuremberg are found near city limits, starting with the Dokumentationszentrum Reichsparteitagsgelände. Designed to hold 50,000 people, it includes numerous areas including a rally ground modelled after Rome’s famous Colosseum, which is now crumbling and eerily quiet, save for the odd tour bus that pulls in to do a quick loop of the complex. 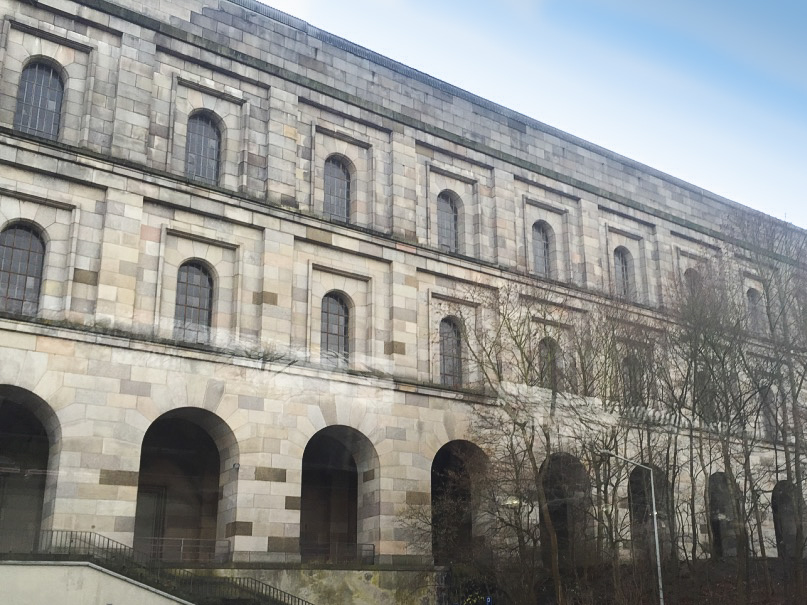 History buffs can explore outside, then head in to Congress Hall which now serves as a museum. The exhibition area details the history of the National Socialist party, as well as their path to war and the consequences of their power.

A short distance away is the Zeppelin Field, featuring a sprawling grandstand area that can hold 100,000 people. U.S. forces blew up a swastika that was affixed to the main grandstand back in 1945, and little has been done with the area in the decades since. 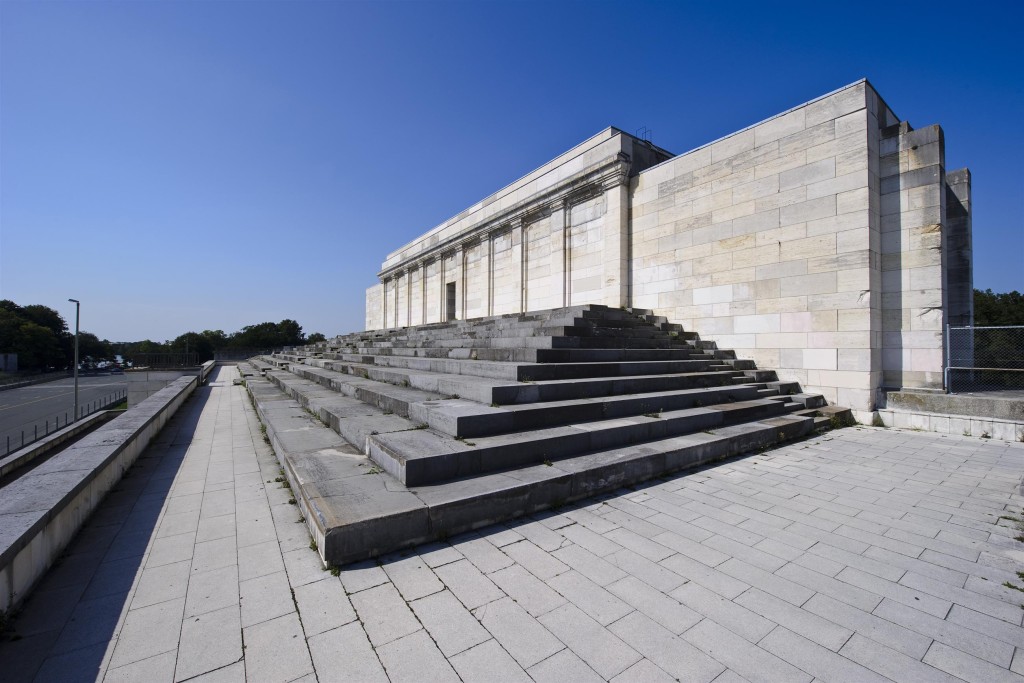 The final spot you should see in Nuremberg is the place that the city is perhaps most famous for: the Palace of Justice, site of the Nuremberg Trials. It was chosen to host the trials of war criminals from 1945-1949, as it was not damaged during World War II and has a large prison nearby. Visitors can still see Courtroom 600 provided there are no trials going on, and there is also an exhibition about the trials and prosecution. 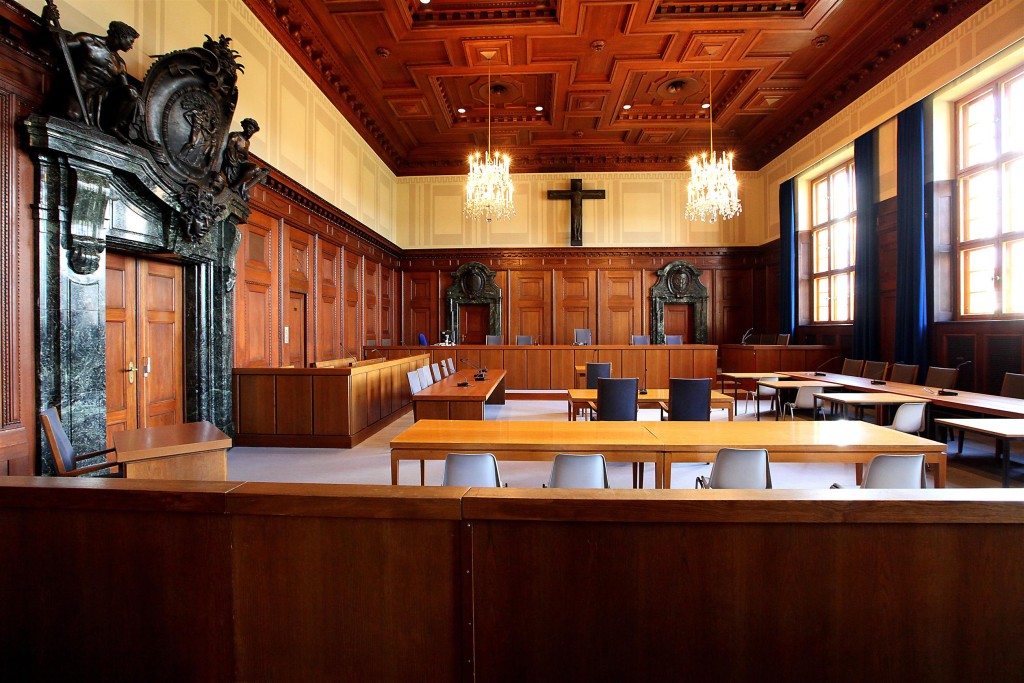 Globe Guide explored Nuremberg in partnership with Viking Cruises. As always, hosts have no editorial influence over articles.