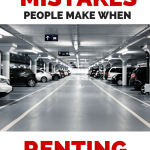 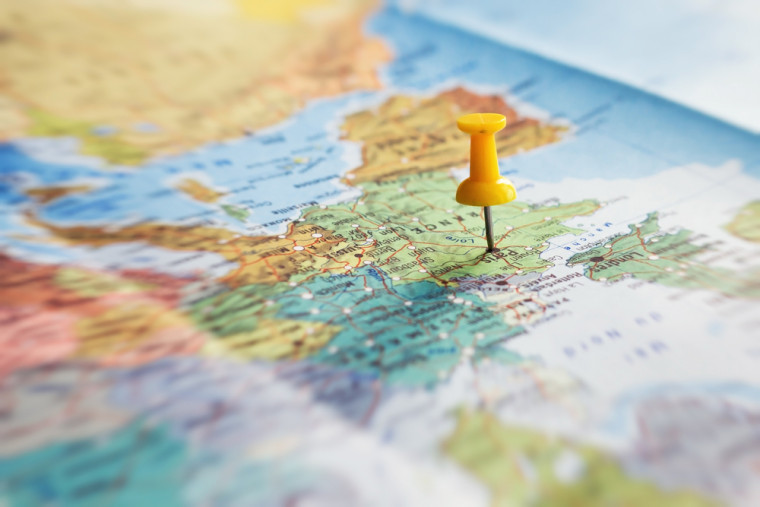 Whether traveling by plane, train or automobile, Europe is set up well for those planning on moving around between sites or countries. After traversing the continent by plane and train numerous times, it was finally time for me to tackle the third: getting around by car.

Now this may not seem like the craziest idea, but the fact that I can barely drive a standard and am ‘directionally challenged’ was cause for concern. Fortunately my husband has neither of those problems, so with him agreeing to drive as long as I promised not to pull my usual trick of falling asleep in the passenger seat, we booked a rental car. Here’s what I learned from that two week adventure, and how to avoid the mistakes we made which will apply nearly anywhere you might rent a car. 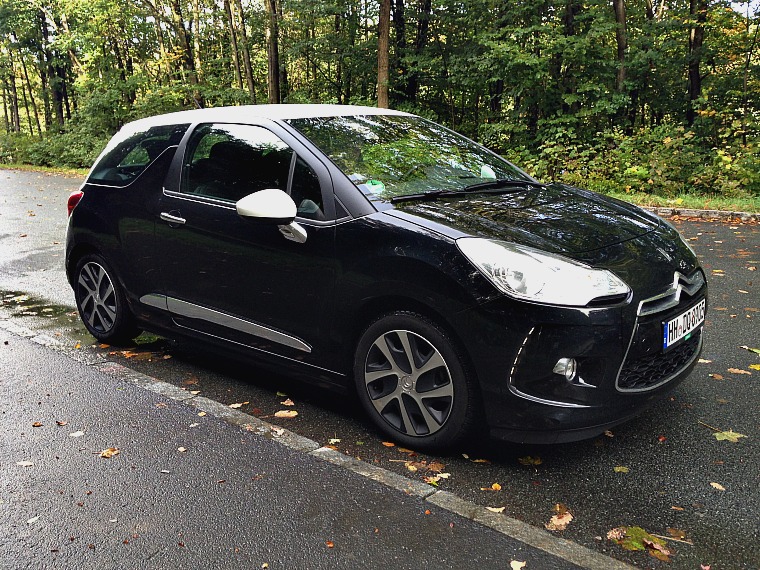 Skimping on a GPS

I can safely say that had we not spent 60€ renting a GPS, we would probably still be lost on some rural road in the heart of Slovenia. No matter how well you think you speak the local language or can read a map, chances are you’ll still miss an important turnoff or three. Usually costing only about 6€ per day (to a max of 60€), it’s a small price to pay for hopefully not getting lost in the middle of nowhere.

To be fair, we did have some sour moments with the GPS, such as when it tried to drive us right into the lake in Lucerne, Switzerland, or when it couldn’t find our hotel in a Slovenian town that probably had a population of 50. However, it was invaluable in finding us alternate routes when there was a terrible traffic jam ahead, and getting us back on the highway when we suddenly pulled off for an unplanned lunch.

Update: Save money by downloading the free maps.me app before your trip. It works offline, and some might argue it’s even better than a traditional GPS! 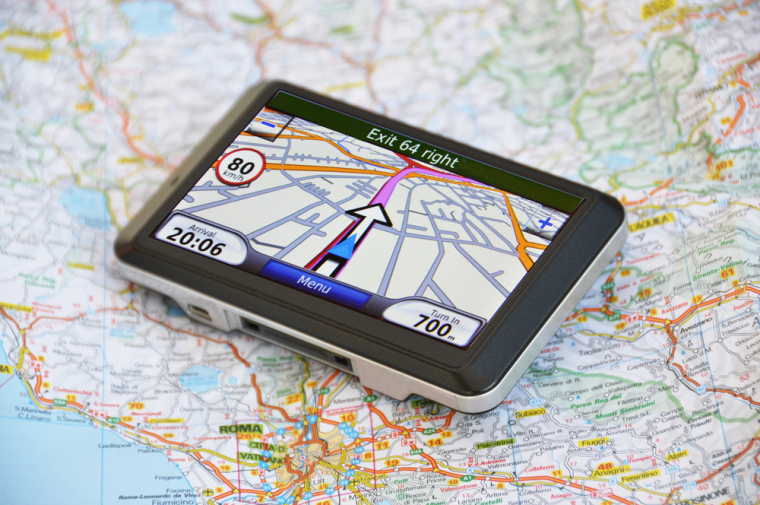 GPS and map, courtesy of Shutterstock.

Driving into the city centre

While the point of your trip is likely to see the main sights, I don’t suggest actually driving to them. Why? Well, most landmarks are located smack dab in the centre of busy cities, which can be a nightmare full of traffic jams, pedestrians, one-way streets and no parking. Instead, take advantage of the opportunity to book a hotel on the outskirts of the city and take public transit in. Not only will you save lots of money on the actual hotel room, but you might not even get charged for parking overnight. 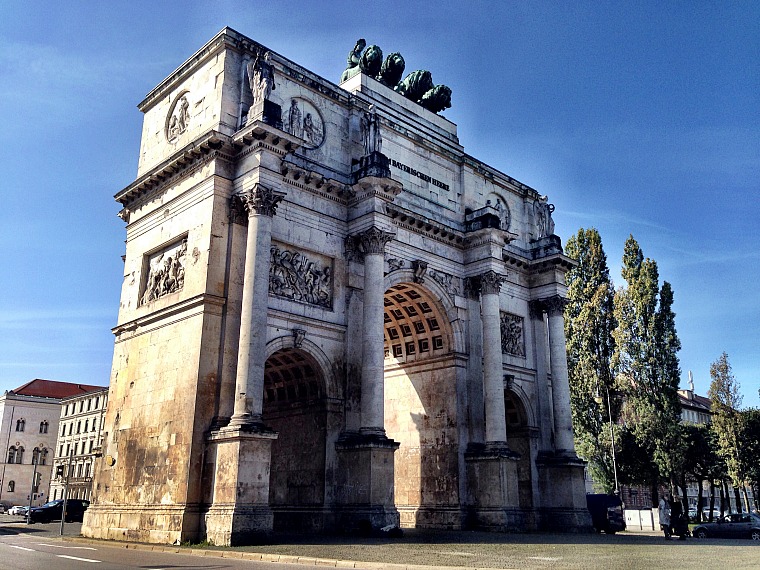 Munich looks beautiful, but I don’t recommend driving in it!

As a side note, if you do book a hotel in the city centre, make sure you have explicit directions about how to get there. Remember that whole being-told-to-drive-into-a-lake anecdote? Yeah, happened to us while trying to get to our hotel in the centre of Lucerne, when the usual roads were blocked due to construction.

Speaking of hotels, they love to charge for extras and parking is no different. Be sure to check if there is a fee before you book, as some charge $40 per night! A fancy hotel we stayed at in Munich, Germany tried to ding us 30€ to park, so my husband drove two blocks away to a free lot instead. We had similar luck in Innsbruck, Austria where they charged 15€ for their lot, but we managed to find a spot literally in front of the hotel on the public street for free.

Tip: Ask the hotel doorman if they know of any cheaper parking lots in the area. 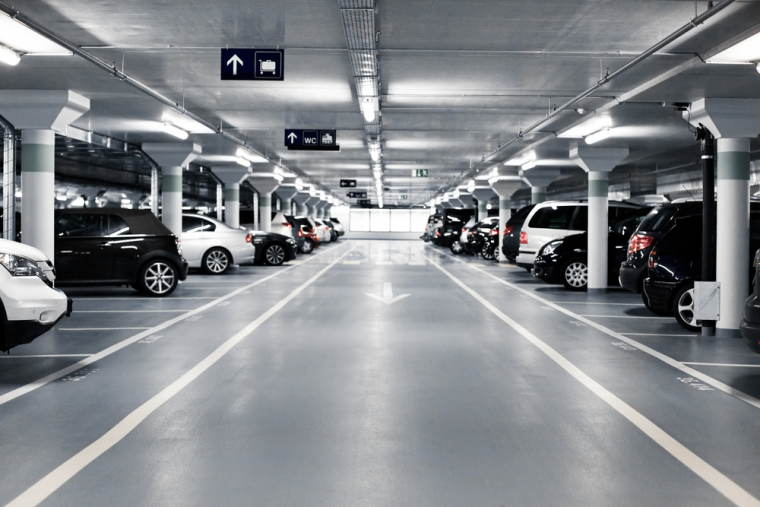 A parking lot. Courtesy of Shutterstock.

Not planning a route

While renting a vehicle does give you flexibility in terms of when and where you go, it is extremely important to have an end date and location in mind. If you don’t plan to return the vehicle to the same place you rented it, you could be hit with a huge ‘drop-off fee.’ Since we picked up our car in Germany and left it in Slovenia, we had to pay 200€ on top of the rental charge. There have also been horror stories about tourists being hit with massive bills after unexpectedly flying home due to an emergency.

It’s also important to note that some agencies won’t allow their vehicles into certain countries (such as those in Eastern Europe), so make sure you clear your route with them before heading out. 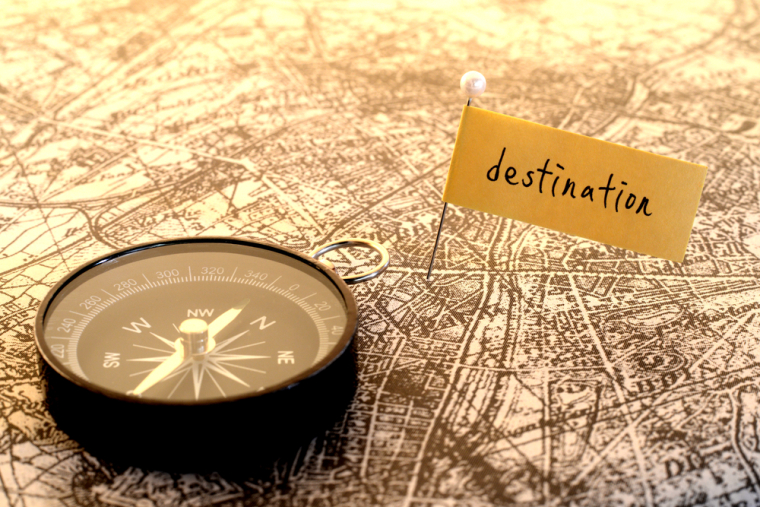 Not having adequate insurance

Sure, your credit card and insurer both say they cover you for rentals…but do they really? Here’s a time when it’s critical to read the fine print. We learned that we were covered for damage we caused to other people’s cars, but not for any damage/theft of our rental vehicle, or injuries. Yikes! The extra $200 we spent on full insurance coverage through the agency was money well spent for peace of mind. 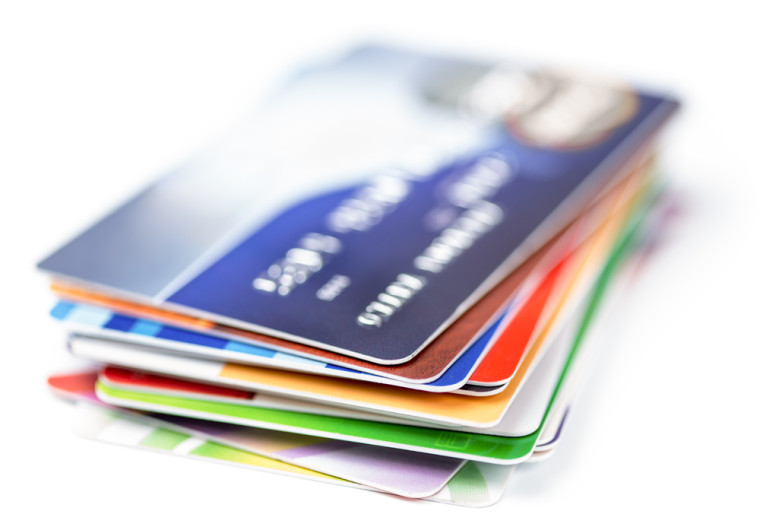 Driving with an empty wallet

There’s a good reason to never drive without cash on hand: you just never know when you’ll need it. We were warned about all of the toll roads throughout Europe, but it was shocking just how much they set us back. 9€ to get into Austria. 7€ on a highway in Slovenia. Another 11€ through a different road in Austria. Get the picture? If you plan on doing lots of driving on main highways, be prepared to pay up.

You’ll also take a hit at the pump, as gas prices are very high in Europe. Here’s what we paid: 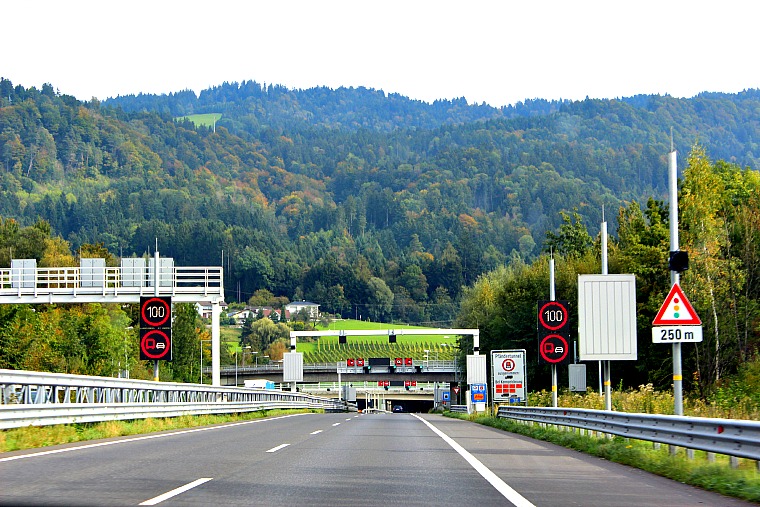 Yet another toll road ahead…

Just because you’re a tourist, it doesn’t mean you don’t have to play by the rules. It is extremely important to pay attention to all road signs, which can vary in meaning between each country. Spending five minutes on Google before heading to a new place will pay dividends it comes time to hit the highway, as you’ll spend less time trying to figure out what a sign means and more time paying attention to the road—especially if you have to drive on the opposite side than you’re used to.

Fun fact: Contrary to popular belief, there actually is a speed limit on parts of the Autobahn! 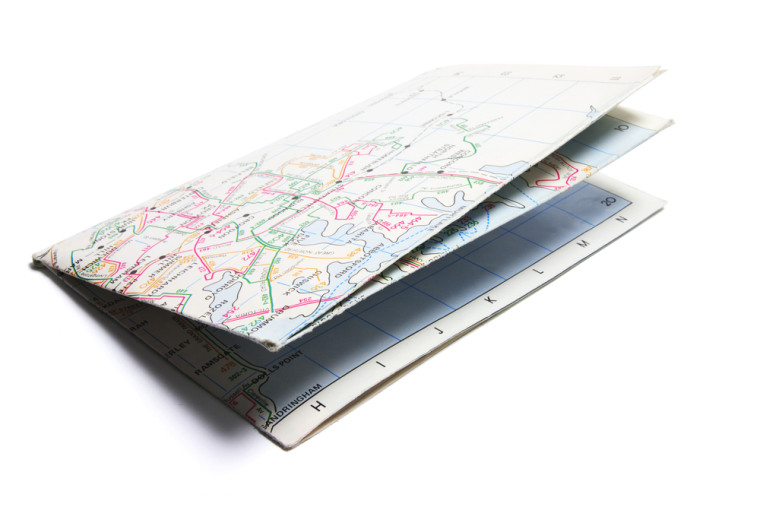 You will get lost. With that in mind, give yourself plenty of time to get to your destination, especially if you have some sort of event booked or don’t want to drive on an unknown road past sunset. Our GPS failed miserably during what should have been a 30 minute, one turn drive from Bern, Switzerland to Burgdorf, and we were over an hour late for our planned bicycle tour. Being a stressed-out mess is not a fun way to spend a vacation!

We also learned an expensive lesson in San Francisco, by not checking what time the rental agency closed. We arrived just 15 minutes too late, meaning we were stuck with the car overnight and suddenly had to cough up money for parking in an underground lot downtown. I can’t imagine what we would’ve done if we’d had an early flight to catch! 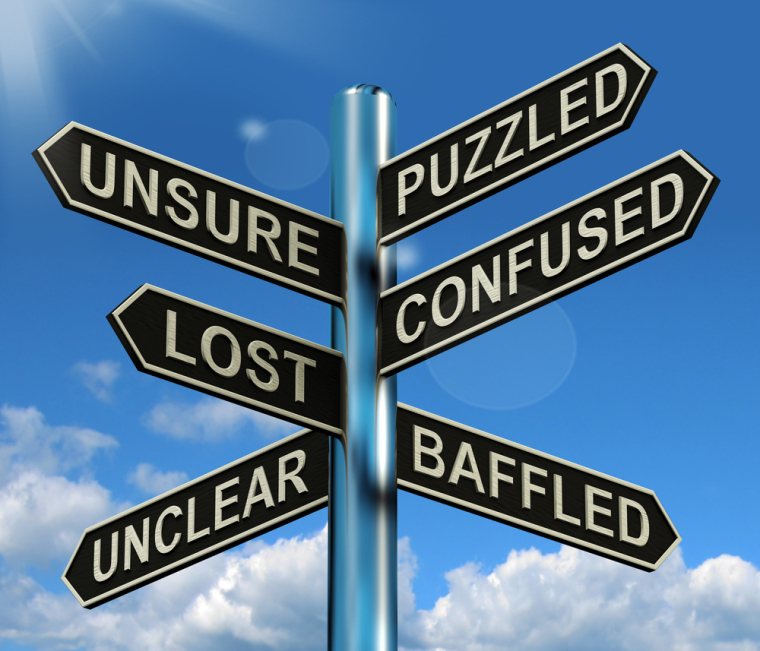 Driving without the proper stickers/requirements

Simply driving off in a vehicle with a valid licence plate isn’t always enough anymore. If you plan on driving through different countries within Europe, you’ll be required to buy a ‘vignette,’ which is basically an expensive sticker.

For example, we got slapped with a 40€ bill at the Swiss border, which is the charge for an annual pass to use their highways. Why we had to pay for a full YEAR instead of just for the three days we were there is beyond me, but…end rant. Slovenia has a similar program, and charges 15€ per week for their vignettes which can be bought at numerous places throughout the country including gas stations. Sure you could get away with not buying one, but those who are caught could face an 800€ fine—ouch! 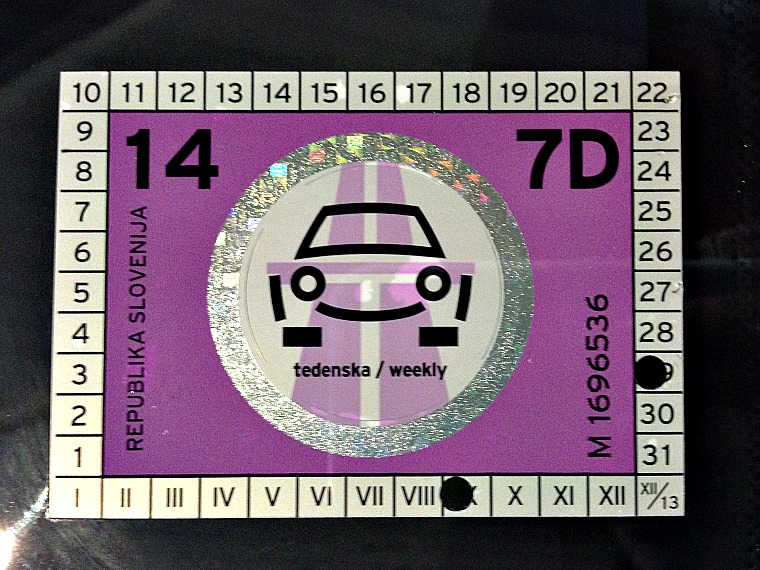 A vignette from Slovenia.

Not having the right license/age requirements

As you might realize, there are a lot of rules when it comes to renting a car, and some of the most important ones are in regards to exactly who is behind the wheel. Until recently, many of the major agencies wouldn’t rent to anyone under age 25. While that’s beginning to change, it can mean extra charges for those 18-25—and forget about it if you’re under 18.

Secondly, depending on which country you’re from you may need to get an International Driving Permit. As a Canadian renting in the U.S. and Europe it was not required, but those from countries outside of North America or the UK may want to double check before heading out on their trip.

Now, time for some secret tips to save you money! A little bird once told me how she rented a car for a few days in Los Angeles, California, for half the price of what Expedia was charging on their US and Canadian sites. How? By booking it through their UK site! While it firmly states that only UK residents are eligible for the rate, it’s not like anyone actually cared about that when she went to pick up the car. 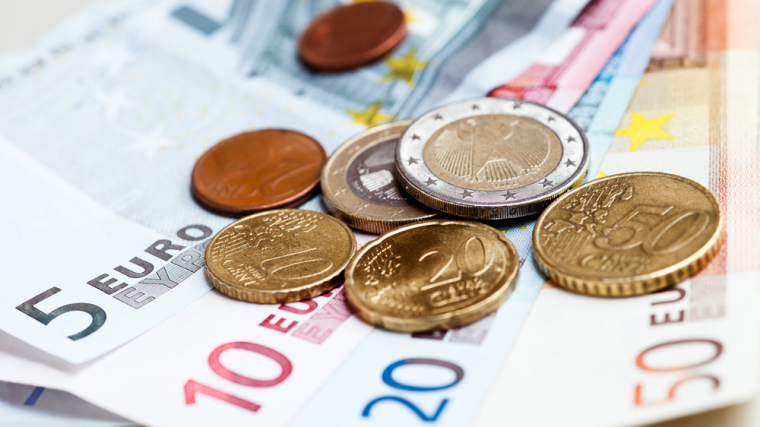 Renting online is also almost always cheaper than just walking up to the desk, as I learned in San Francisco. We decided literally as we landed at SFO that it might be fun to rent a car to get out to Muir Woods, so we headed straight for the rental agency at the airport. Since there was a bit of a queue I pulled up their website on my phone to check prices, and was shocked when we finally got to the counter and was quoted nearly double the price!

I told the agent her own company had the car listed for much less, and she said, “well then I suggest you book it!” I simply clicked ‘Reserve’ on my iPhone, and sure enough the cheaper reservation popped up on the agent’s computer in front of us within seconds.

Costco’s travel site is also a great place to look for deals on a rental car, and has been known to save customers $100+ on bookings.

Do you have any top tips for renting a car, or have you made any major mistakes? Share in the comments below! 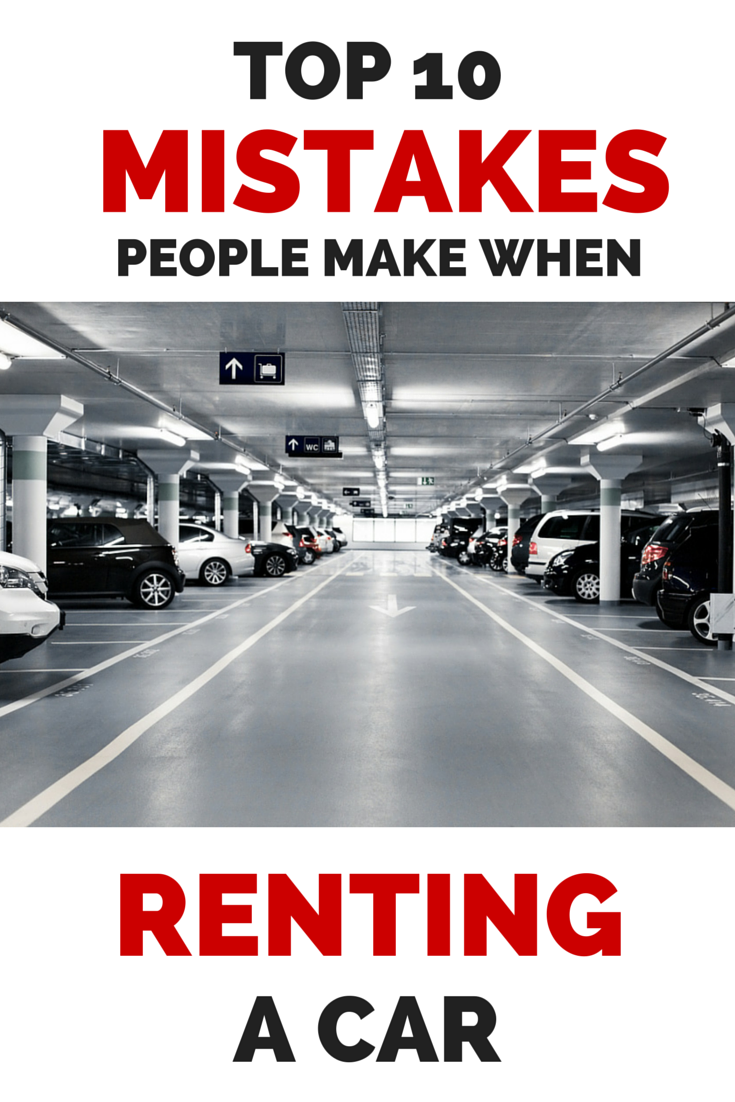